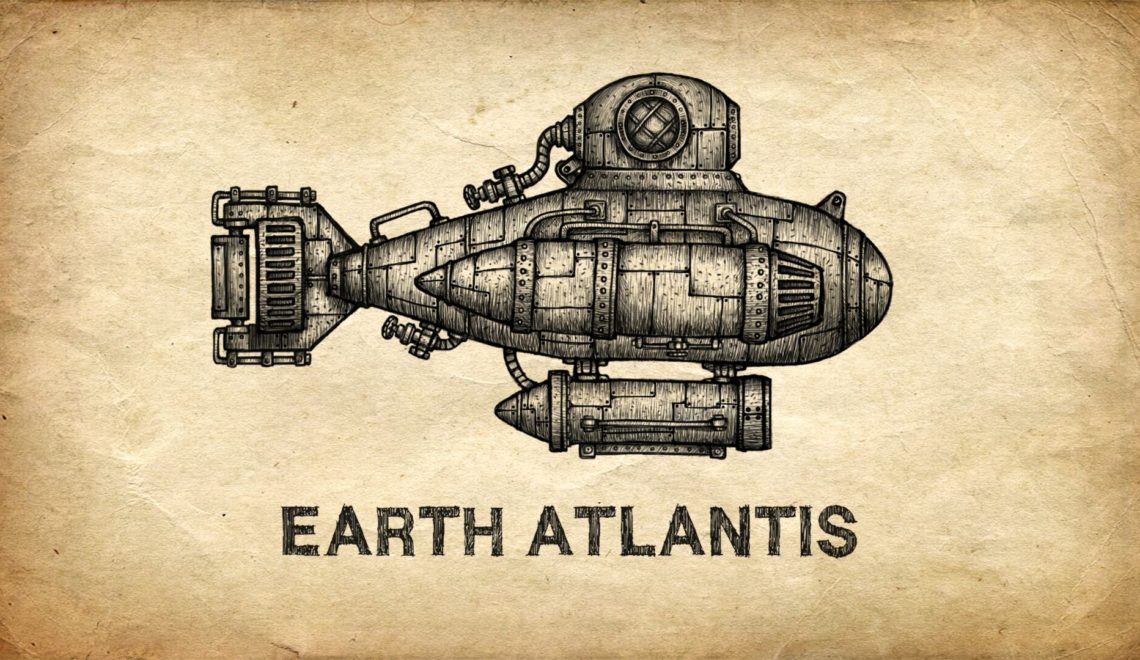 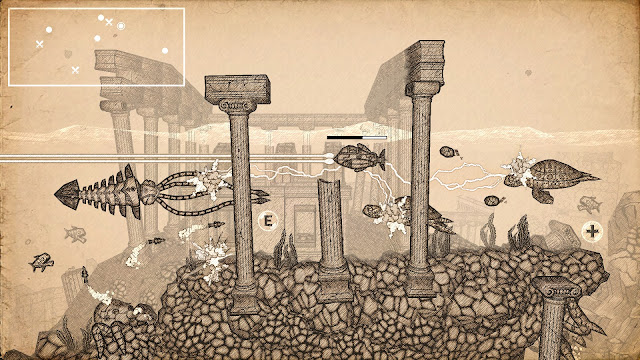 Publisher: Headup Games     Developer: Pixel Perfex
Ever since Space Invaders on the Atari, shoot-em-ups have always been a fan favorite. After a while, though, the games really start to feel monotonous and as if you are just playing the same thing. This isn’t the case for Earth Atlantis. I haven’t always been a fan of this genre, but I really found myself unable to put this game down. When I did, I kept thinking about the best strategy to beat the next boss.
Earth Atlantis brings something new to the table. For starters, the aesthetics are unlike any game I have played before. It’s as if images from 50,000 Leagues Under the Sea have come to life for us to play. The graphics are seamless and truly feel as if you are playing a book; the background looks like old parchment and the intriguing graphics are very detailed and reminiscent of what Inktober is for artists. Or, as the developers state, “Reminiscent of old style explorers sketchbooks from the 14th century.” However you want to put it, the graphics are definitely very unique. 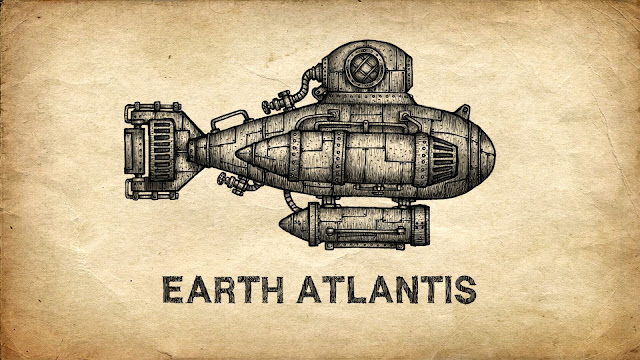 “Captain, we received a distress call from the Weat Sea. They have lost all of their hunters and need your help immediately.

Monsters are everywhere. We will send you the locations of your targets. Please search and eliminate all of them.

Be cautious about pirate ships. They are dangerous.”

You begin your journey with the most basic of the available ships, Nautilus. Decent armor and weapon power, middle of the road speed…which is completely find for beginning to get used to the mechanics of the game. Throughout the game you will unlock 3 more ships; Aquanaut, Moby Dick, and Musashi.
The back story is brief, but let’s be real…we aren’t really here for a deep story. We just want to play this beautiful game and shoot things repeatedly.
“The Great Climate Shift” struck at end of the 21st century. Ninety six percent of the earth surface is underwater.

Human civilization has fallen. Machines have adopted the shape and form of marine animals. The ocean is full of creature-machine hybrid monsters.

You are a “Hunter” and the new journey begins !!”

Yes, a few grammatical errors, but like I said…the story snippet is nice to know but we aren’t really here for a lavish story. 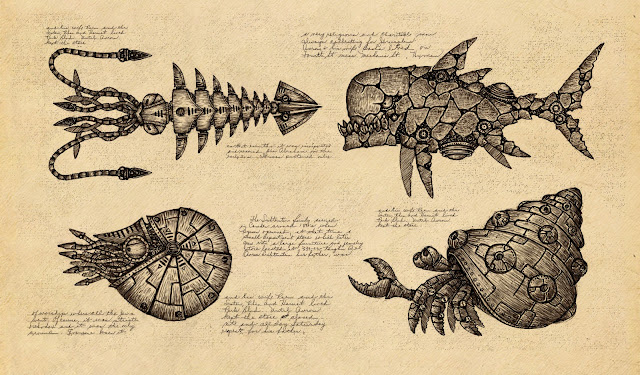 As you traverse through the underwater ruins, you will fight all sorts of monsters…the creature-machine hybrids. From big, scary fish, squid and octopi, to crabs and sea turtles. Each have their own skills and challenges.
Loading up the game, you get a quick few screens of How to Play and then straight in to the action! Take your Nautilus and start blasting away and collecting Power-Ups. As you defeat some of the easier monsters awaiting you, you will collect different abilities and weapons. Little bubbles will appears throughout the game, whether you bash open a crate to find them or a monster releases it. Each bubble gives you something different:
(P) Power up your Primary Weapon
(E) Electric Beam
(M) Torpedo Missle
(H) Homing Missle
(B) Bouncing Bomb
(+) HP Recovery
* Energy (Hunter Mode)
The shoot-em-up genre is known for being immediate chaos, but Earth Atlantis slows things down for a minute. You can move at your own pace and even hide in some of the terrain’s nooks and crannies if you need a momentary breather. If a boss is a bit too much to handle yet, you can run away and try again after you have regained some of your health.
The goals of this game are to hunt down legendary monsters and defeat them..you must save the world! While there are only 4 total ships to choose from (once you unlock the other three), there are 25 large monsters to defeat, 4 enemy ships to hunt, and 9 special events to complete. With the unique game play, I definitely recommend this game.
Get it in the eShop

Awards for Earth Atlantis:
Earth Atlantis received the “Vermilion Gate” Aware (Best in Show) during the 5th BitSummit 2017 in Kyoto, as well as “Excellence in Art” Award during BIC Festival 2016 in Busan.

Check out our latest Reviews: