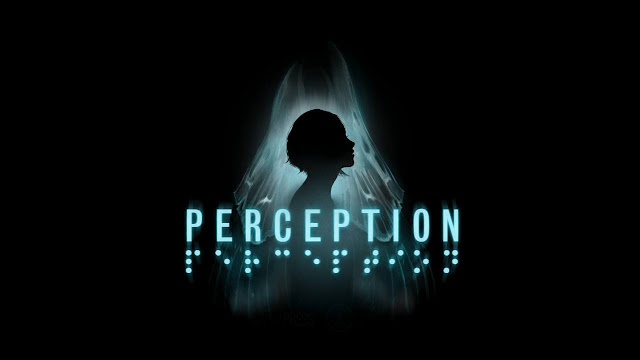 Release Date : Oct 31, 2017
Just when I thought things in the horror genre couldn’t step up anymore in the category of “scary stuff”, Perception enters the mix. I first discovered this game a few months ago during a late night I-can’t-sleep scroll binge through Facebook. The trailer terrified the living hell out of me.
Why you ask? Cassie, your main character? She’s blind. But we’ll get to her in a minute.
Perception takes you to Gloucester, Massachusetts. More specifically, to the Echo Bluff Estate. Cassie has been plagued by nightmares; nightmares that keep pointing her to Echo Bluff. It isn’t long before she caves in and heads to the Estate, driven mad by the need to unlock the mystery of her dreams.
The only problem is, Echo Bluff has it’s own mysteries contained in the memories and lives of it’s past inhabitants. Before Cassie can sort out her own mess, she must solve the mysteries of those who lived there before. All while avoiding the Presence that follows her around, and just might be involved with the reasons Cassie is even at Echo Bluff.
So, as I said above, Cassie’s blind. Which raises the question of how do you get around if your character can’t see? One word : echolocation. This is the one key mechanic of the gameplay that the entirety of Perception is practically built around. And to answer the question you’re probably asking yourself right now, yes it is a real thing. It doesn’t actually work and look as Hollywood tends to portray it, but it is legitimate.
Banging Cassie’s cane on the ground will send out a pulse of sound, giving you a brief glimpse of what’s in front of you. The game even allows you to differentiate how hard you hit the ground, and teh pulse that gets shot out is reflective of the strength of your hit. Important items in the world get highlighted in green, whether they’re objective markers, doorways, hiding spots, or what is referred to as “touchstones”. 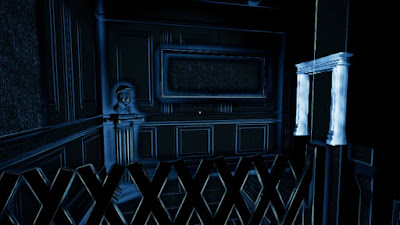 The touchstones are objects tied to each generation of Echo Bluff’s inhabtants, with specific memories contained within them. These are the keys to unlocking the mysteries of the Estate’s past. When you solve one generations mystery, the estate itself will transport you back in time to the previous generation’s inhabitants before they are willing to help Cassie with her own issues.
My favorite thing about Perception is the complete lack of a heads-up-display. Everything you need is portrayed through the echolocation. Normally, there is a blue haze over the world in your vision, but if you make too much noise and start attracting the Presence, things will turn yellow. If you continue to make noise, everything goes red and it won’t be long until you’re face-to-face with the Presence. However you can find hiding spots to lay low for a bit, and seeing as how there are no combat options in the game, hiding is never a bad decision.
I also really liked how much it shows that The Deep End did a lot of research into how the blind and low-vision people of the world get around. You can find typed and hand-written notes all over Echo Bluff, and Cassie’s cellphone comes in handy with the Delphi text-to-speech feature.  It’s not something easy to explain unless you the play this game for yourself, but it really does show just how much went into this game’s main character. It definitely wasn’t just a simple “Let’s make a scary game. And oooo the playable character is blind!” 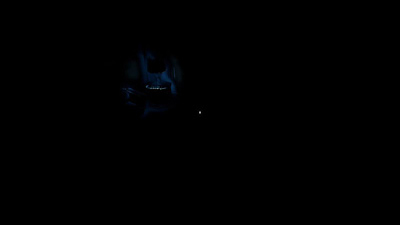 Ambient noise plays a factor in this game as well. These two images are captured from the same location, looking at the same spot over a stairway railing. In the above image the TV set is turned off, while in the bottom image it’s turned on. You can clearly see how much difference is made by just one source of noise. 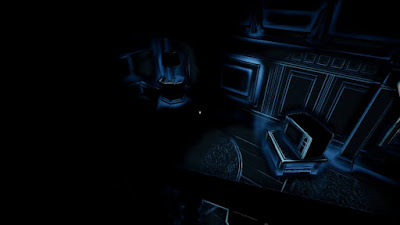 Perception is an amazing game. I was hyped about this one for months and it totally paid off in the end. Even if you’re not a fan of scary games, there’s an option to massively tone down the horror of the game, just so you can relax and experience the story. No matter what, this is absolutely a game worth owning for your Switch.