[Review] Troll and I 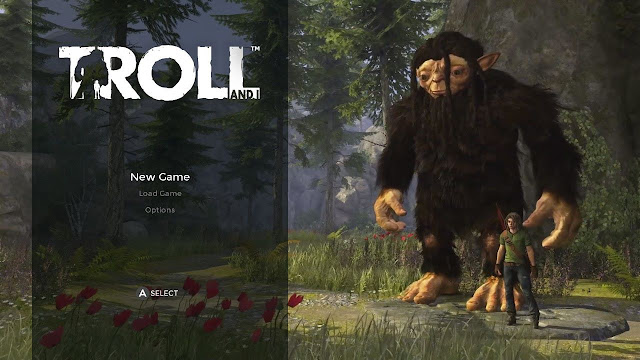 When
I finally ordered my Switch (I waited for the Super Mario Odyssey
Edition to be released before finally jumping on the console), I decided
to wander through the game stores in my area and get an idea for what
things I’d like to play on the system. You know, outside of the big
title Nintendo games like Mario, Zelda, and the like.

Troll and I
caught my eye (hey that rhymed!) on a shelf and intrigued me enough to
want to own it. The case promised flowing gameplay between the two
characters through combat, some platforming, and puzzle solving.

However,
what it failed to mention are the imperfections that come with these
elements. First, though, lets talk about the game.
Troll and I takes
you back to a post-World War II North Scandinavia. The opening cutscene
introduces you to a hunter by the name of Nico. He is shown a newspaper
with a headline for Joseph Stalin’s death before his gaze is redirected
lower on the page to a Scandinavian headline about a potential Bigfoot
sighting. Nico is offered a three-million dollar reward if he can bring
the troll back alive, and then the game completely switches tactics.
You
then gain control of the games main character, Otto, who is out hunting
boar for his family. While hunting, the group of troll-hunters end up
laying waste to and burning the village down, leaving Otto to fend for
himself in the wilderness that is filled with unnamely creatures until a
giant troll comes along and saves you, instantly becoming your BFF.
Together, Otto and the Troll must avoid being captured by the group of
hunters.
Storywise,
I got excited expecting some sort of connection with the Stalin
headline, but as quickly as it appears, it becomes apparent that the
headline only serves as a time-period reference and nothing more.
Gameplay in Troll and I centralizes around combat, crafting, and puzzle solving which are all definitely lacking.Puzzle
solving is extremely simple, you can only do certain things with one of
the characters, and the game pops up with either “Otto” or “Troll” for
which character needs to used, making the puzzles feel a lot less like
puzzles and more like just following directions.

Combat
is different for the two characters. Otto is weaker, taking multiple
hits to kill a single enemy, but he moves quick, while the troll packs a
heavy punch and can kill most things with a single hit. The troll feels
so over-powered in combat though, that the game doesn’t really offer
any inspiration to use Otto for fighting unless the two are forced to be
split up and he’s your only option. 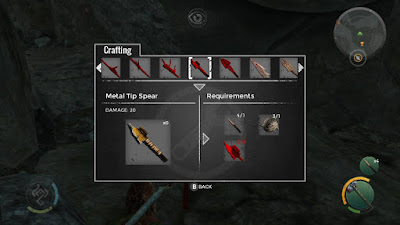 For me, the
highlight of this game was by far the crafting system. Everything in
this game needs to be crafted whether it’s gear to wear, weapons to use,
even your health-gaining items have to be taken from the land. As long
as you obtain the right materials, you have access to a number of clubs
and spears, which doesn’t seem like all that deep of an arsenal, but
it’s made up for by the variations you can apply to the weapons. Rocks
and spikes can increase the damage of your clubs, while you can carve
special tips for your spears out of ores you can find in the ground.

Graphically, Troll and I didn’t
impress me all that much. The color palate is quite bland, lots of
browns and greens, which while it makes sense in the woodsy setting, it
still could have used some differentiating to make things feel so
copy-and-paste. There are some points where the graphical barriers just
seem to not exist anymore for the sake of completing a puzzle. Early on
in the game, you must get out of a valley using Otto to climb over a
bunch of rocks and small huts, while with the Troll you create a bridge
between bigger gaps by holding up a wing of the plane. Except, as you
can see, sometimes the plane wing defies just about everything, all for
Otto being able to cross. 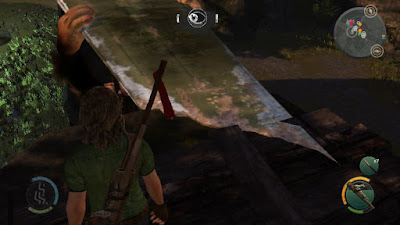 Immediately after being released on the Switch, Troll and I gained
internet fame as being the one game to absolutely not purchase. While
it’s not the greatest, I don’t think it deserves to be hidden under a
rock, or to go the way of E.T. on Atari 2600 and be buried in a pit out
in the desert. It’s not an easy game to love, but I personally have
enjoyed it. Just….maybe in small increments.