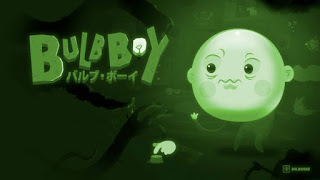 Joining The Switch Effect on today’s Industry Interviews are two very special guests: Artur Mikolajczyk and Szymon Lukasik. You might be familiar with their debut game, Bulb Boy, which released on multiple consoles and just recently added the Nintendo Switch to their console library. Artur and Szymon are the founders of Bulbware, a two-man indie game studio located in Krakow, Poland. Bulb Boy is a 2D point-and-click adventure that will have you using your glass head to save your family from the evil and monsters that have appeared. With plenty of humor, freight, and innovative puzzles, this is one title that is worthy of all the accolades it has received since releasing back in October 2015.

Artur and Szymon, thank you so much for speaking with The Switch Effect. Before we get into it, could you tell us a little bit about yourself and how you got involved with the gaming industry?

We are Artur (code guy) and Szymon (art guy). Both of us form the strange entity that is Bulbware. We love playing game since early 80s and we tried to make our first adventure game back in 2000 (high school period) and failed miserably. 13 years later, Artur reached out to Szymon asking “Do you still want to make this game?”

Growing up, did you always want to pursue a career in the gaming industry?

Szymon: Kind of. I always wanted to pursue art & animation, however creating levels for Doom, Warcraft 2 and making simple games in Klick & Play was my hobby since I had a PC (which is long).

Artur: Yes. Since I played for the first time I knew I had to learn how games are made and I tried to create my own using BASIC on Commodore; I was 11 at that time. Now I cannot imagine working outside the industry.

Let’s talk about Bulbware. For those unfamiliar with your company, can you provide some background as to how it was formed?

Bulb Boy started as our after-hour project 2013 and we created a one room demo. In June 2014 we launched a Kickstarter campaign and eventually got totally funded by YouTuber Pewdiepie. That led us to forming the official entity in June 2015, called Bulbware, to honor our first game (Bulbware = Bulb Boy + Software).

Your debut title, Bulb Boy, has won 12 awards since its launch in October 2015! 12 awards! From “most creative” to “greatest art direction” and everything in between, it comes as no surprise to those that have played this title that the awards are well deserved. How have you both handled the love that your game has been receiving?

We went through some hard drug addiction period. Sorry for a harsh joke. After the release, we were really depressed as the game sold really poorly. But once it got ported to other platforms our user base has grown rapidly. Awards and emails were proof to us that there are some people who really see that our game is unique and important for them. That is really a big thing that drives you forward. Without players and journalists, our work would be purposeless. Now when we see that there are 200k people playing Bulb Boy, we understand that would be impossible to sustain an indie studio without such a great community.

How would you explain this game to someone that has yet to play it?

Play as a cute little light bulb child who needs to save his oil lamp grandpa and face horrible monsters including the Poopess herself, which is a possessed poop.

We are huge Switch fans and for both of us this is our gaming platform of choice. Recently Artur is playing Super Mario Odyssey and Szymon is taking his chances with Doom. We think that greatest challenge for Nintendo would be to optimize AAA games and keep up with other current-gens in terms of title line ups. BTW, the Switch looks very sexy and the level of fun playing such device is comparable to Amiga 500 (which is good). 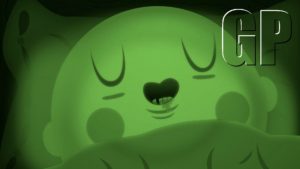 Were there any challenges or new opportunities that came with bringing Bulb Boy to the Nintendo Switch?

Great opportunity is that the Switch is both a handheld and TV console that cannot be beaten by the competition. We managed to reach a new audience and became the top selling game in the US and Europe for some period of time. Bulb Boy porting was fairly easy as this is a 2D game and Switch has much more horsepower than we needed.

On your website, there is a mystery box on the main page that suggests a future title is in the works. Can you give us any hints?

Yes we are cooking up something entirely new. However, it is similar to Bulb Boy in vibe and grotesque. We plan to make a big announcement in January 2018.

We would like to encourage everyone to reach out to us if you have any questions. We are ordinary guys, who love indie spirit. If you want to keep up with the shine feel free to subscribe to our mailing list at bulbware.com.

Thank you so much for taking the time to speak with us. We look forward to seeing what game Bulbware comes out with next as we know it’s going to be a hit.

Thank you and good luck for Switch Effect team! We had a blast!

Bulb Boy is now available on the eShop and can be downloaded here https://www.nintendo.com/games/detail/bulb-boy-switch.