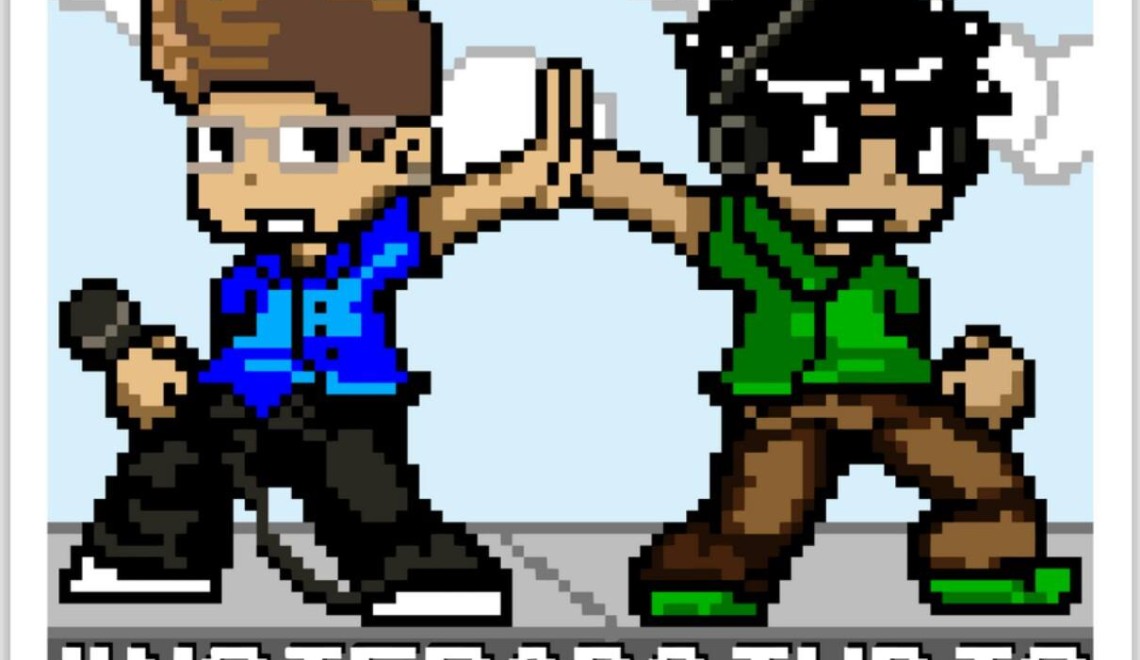 Welcome to the latest installment of Gabbin’ with Gamers where The Switch Effect is happy to welcome Jase, a talented perle-bead and hip-hop music artist. Without further ado, let’s get right into it!

Thank you Jase for giving us this interview. Can you tell us a little about yourself?

I was born and raised in the Pacific Northwest. I grew up with a healthy mix of video games and outdoor exploration. My imagination was wild and boundless and I was always creating things to entertain other people. Whether it was making cassette tapes with skits in-between songs I had dubbed off the radio, or making my parent’s Mario Paint movies to pay tribute to them both on their birthdays, I was always creating.

My first console was a Nintendo. It got lots and lots of play, and I played on that up until the early 2000’s. I don’t recall the first game that I owned, but I remember receiving Super Mario 3 shortly before it came out from a neighbor of ours. I would classify that as my first game. I played so much out of that one and it still holds nostalgic value for me.

I played a lot of games with my mom growing up. She would walk around in swamps in Zelda II while I would watch. She would get further in games than I would so I would just copy her save file since she had done all the dirty work. Not to sound like a veteran gamer or anything, but I grew up during the golden age of consoles in households, where arcades were still a big deal. A lot of my childhood had involved video games of some sort. It’s so hard to choose my most fondest memory without taking up pages and pages of stories…great question!

We’ve had the privilege of seeing your perle-bead art and it’s stunning! How did you get into this?

I was familiar with the whole fuse bead art form, but had never thought to transfer the sprite images to melted beadwork. I saw a guy from across the pond taking custom orders. Although I was happy to support a starving artist, after shipping and such, I figured it would be cheaper to make them on my own. My first official sprite was the black mage from Final Fantasy. Each project would get bigger and bigger, and soon word got around my peers and people started wanting me to make things for them. And I got pretty decent at it.

What is your current project and which are you most proud of?

Oh boy. Well my bride-to-be recently got into pegboard beading and her and I recently made Wily’s castle map from Mega Man 2. Unfortunately, the fusing process went awry and we had to scrap it. The laying of the beads took us multiple 12-hour sessions to complete it. Utterly heartbreaking, but we’ll attempt it again as soon as we can restock our bead supplies. It’s hard for me to choose a favorite piece, but my most recent favorite has been Mega Man from the Mega Man 9 title screen. 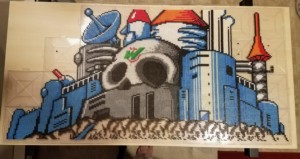 Besides perle-bead, you also create hip-hop music. When did this begin?

I had been messing around with DAWs and such since the early days of Fruity Loops, and started writing in 2010. I didn’t become serious about it until Summer of 2012. I bought a bunch of novice equipment and realized I really didn’t know what I was doing. I had the concepts for beats and lyrics, but not on how to translate it into what I wanted it to sound like. That’s where my big brother JimSquints comes in.

What inspires your music?

A lot inspires my music. It’s such a tough question to answer. Ultimately I wanted to write straight from the heart with integrity and honesty. I was not and never will be concerned with being the best. I focus on being true to myself, and honest to anyone lending an ear to my art. A lot of our beats are inspired or taken directly from classic video games. Usually the subject matter inspires me to write something either vaguely related to the game it came from, or subtle nods to the game with metaphor.

Time to “switch” gears. We at The Switch Effect are obviously big fans of Nintendo’s new console. What are your impressions of the console?

We just received our console this last Christmas and after watching my fiance play BotW on our Wii U, I finally started on my Switch. I am impressed with it so far. It’s nice to be able to finally take it room to room which I really wanted from my Wii U. It’s portability is a bit clunky due to it’s size. When I think portable, for whatever reason I think handheld. You can fit a vita in your pocket without it being too horrendously clunky. There are cell phones in cases that are that size. But you can’t fit a Switch in your pocket. Minor gripe, honestly. I’m very happy with the Switch and stoked to see  Nintendo thriving after a significant doubt and consumer let-down.

Which new games are you looking forward to the most?

Practically everything is new to me on Switch besides ports. I still haven’t played Mario Oddysey and that is the whole reason I wanted a Switch. I just got Axiom Verge and that’s pretty fun. I would love to get another Smash game down the road and I’m excited to hear the rumblings of an official “console” Pokemon  game. And even if I’m terrible at Street Fighter, I really want the port of HD Remix on Switch.

Last question now that we’ve run you through the gauntlet. Is there anything else you’d like to share?

Please give us a like on one of our social medium platforms as that is the best way to know when new projects drop! Our links are below and practically connect one another. We have  good a collection of free music on our Soundcloud.com. Just search NotePadStudio or use the link here: soundcloud.com/n0sh0es

Thank you again for taking the time to speak with The Switch Effect and for our readers to learn more about you and your gaming and music passion.

Game on, friends. Thanks for having me.  -NoShoes