Decay of Logos Heading to Switch Decay of Logos is an action adventure rpg with inspirations from a ton of things we all love. Coming sometime this fall to Nintendo Switch. Its shaping up to be something that looks pretty special and I am very much looking forward to it. Here is a little about the game.

A girl on a journey with her companion, a mystical Elk. It is an immersive action/adventure third-person RPG influenced by European folklore and by J. R. R. Tolkien’s high fantasy. The gameplay is heavily inspired by Dark Souls and The Legend of Zelda, with focus on exploration, combat and resource management. It draws its visual inspiration from movies like Princess Mononoke and games like Shadow of the Colossus.

The girl and the Elk fatefully meet after her village is destroyed by one of the King’s sons. Battered and oblivious of the culprit behind the attack, the girl will not rest until she has her revenge. During her quest she will unveil secrets about the King and his sons, slowly realizing that all is not what it seems.

Decay of Logos is a third person action/adventure RPG with emphasis on tactical combat, exploration, and inventory management. At the core of its gameplay mechanics is the companion system, as the mystical Elk will be crucial to progression. More than a mount, the companion is a key component to puzzle interaction, exploration, and will even help in some combat situations.

Our protagonist is an enigmatic young and silent character. Despite her age, she’s an athletic person with some advanced combat skills.

The Elk is at the core of the game when it comes to interaction and gameplay specific puzzles. In a way, the Elk will also be used to convey emotions to the player like fear, excitement or curiosity.

Friendly NPC’s are a valuable source of lore, gameplay tips, and items.

The combat is challenging, but very rewarding. It requires a tactical approach that varies depending on enemy type and location. Players will have at their disposal various short and long range weapons, along with elemental effects, and defense equipment. Actions require Stamina, it’s important to keep it in check while evading and counter-attacking.

Our protagonist is quite agile; she can sprint, slide, roll, jump, backstep, parry, and even execute powerful combos. Magic based attacks will also be made available as the player progresses.

Death is not the end, when defeated, she will awaken from a nightmare at the last camp or shrine used. As a result, some enemies will respawn and her stats will be temporarily reduced.

The level up system in Decay of Logos is automatic, heavily based on individual play styles. Stats increase when players kill an enemy, activate a mechanism or even when finding a secret chest. Stats decrease when hit, the protagonist will be weaker until players come upon a camp and choose to rest.

Camps serve as a save and recovery checkpoint. Players should be aware that lowering their guard in these dangerous lands is always a risk, since they can be ambushed during their sleep.

Shrines serve as a save checkpoint, they do not restore the player’s health or stats.

The expansive world of Decay of Logos can be explored on foot but it’s much faster to traverse it with the Elk’s help. Before being able to ride it, players must gain its trust by providing food and protection.

After exiting the first area the player gains access to the most important location of the game, the Branching Village. It’s meant to function as a “hub” that connects all the remaining territories. From here on, the player can explore the semi-open game world freely. There are a few secrets hidden throughout the land, such as special items or even mysterious NPC’s. Remember to choose wisely how you handle NPC interactions, as they might affect your game at a later stage.

Players will encounter a variety of puzzles during their journey; some can be solved individually, others will have them collaborating with their companion.

The game is set in an expansive high-fantasy world where the player coexists with the likes of kings, knights, wizards, ancient species and various other mythical creatures. In Decay of Logos, you will journey through an ancient kingdom ruled by a warring King. The King wasn’t a very affectionate father, preferring to pay attention to the military affairs of his Kingdom than to any of his five sons.

Much to the King’s dismay, tragedy struck when the Queen died during childbirth. With his dear wife gone, he sought only to protect his newborn daughter, the only Princess in the Realm. The distance between the King and his sons grew even more, since he only had eyes for the little Princess who looked just like her mother.

As time passed, the King’s sons felt abandoned, without any acknowledgement from their father. They all shared a deep hatred for their sister since, in their opinion, she was to blame for their mother’s death. Their hatred was only matched by their thirst for power, and it was only a matter of time before tragedy would strike again.

And as it did, the Royal Family was irreversibly broken. After this great Divide, the Princes drifted apart, all claiming a piece of the Realm. During the following years, the King’s Sons heavily influenced the lands they owned, each territory reflecting their particular idiosyncrasies. There wasn’t much contact between them – all the Princes became completely obsessed with their personal endeavors and struggles.

The protagonist of our story is forced into a journey of revenge after her Village gets destroyed. Beat down and without knowing who was responsible for the attack, the Girl aimlessly wandered through the woods until she collapsed. She woke to the soft pull of a mystical Elk, feeling an overwhelming sense of calm and safety. There was no reasonable explanation for it, but the Girl felt somehow connected to the creature, their bond being as strong as the will to avenge her fellow villagers. Other than a royal crest she faintly remembered seeing on the banners of the attackers, there wasn’t any indication of where they might have come from. She ventured North hoping to find any clues regarding those who had wronged her.

The player starts on the outskirts of the Forgotten Forest, only to find that all is not what it seems. Strange creatures roam the old Ancestor ruins, a once peaceful land is now filled with hostile dwellers with wooden bodies and vacant eyes… 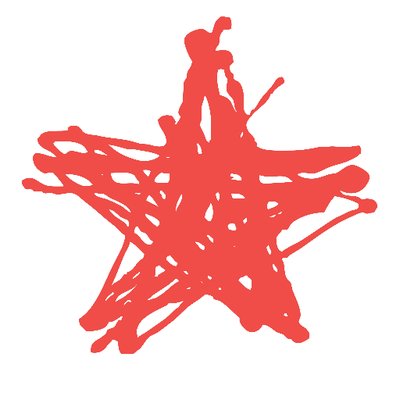