The Final Station for Nintendo Switch shares a common theme that we are all used to by now, apocalyptic, end of the world, zombie/infected scenario. Its something we have seen a hundred times before and it also happens to be one of my favorite setting when done well. So lets start with the apocalypse. In The Final Station its called the “visitation” and you are in fact living and playing through the events leading up to the second visitation. So what is the visitation all about? Well that part gets a little foggy.

Through finding letters and laptop messages tucked throughout burnout factory’s and homes you begin to piece together what may have happened. To be quite honest i am still not really sure. I know that it most likely involved perhaps aliens coming to cleanse us or possibly even help us, but in doing so have just so happen to kill the vast majority of us with some kind of gas that turns us into shadowy zombie Esq creatures. They of course want to kill all who remain alive.

There are some small cut scenes that play out pivotal story bits, but you will very well find yourself lost with whats going on if your not really doing your reading and finding all of the written dialog scattered throughout the game. Even then you might be as lost as i was. The Atmosphere has a pretty solid apocalyptic vibe going for it. The art style though simplistic is fairly detailed and with a very moody well done score the music nicely makes you feel the despair of your environment. 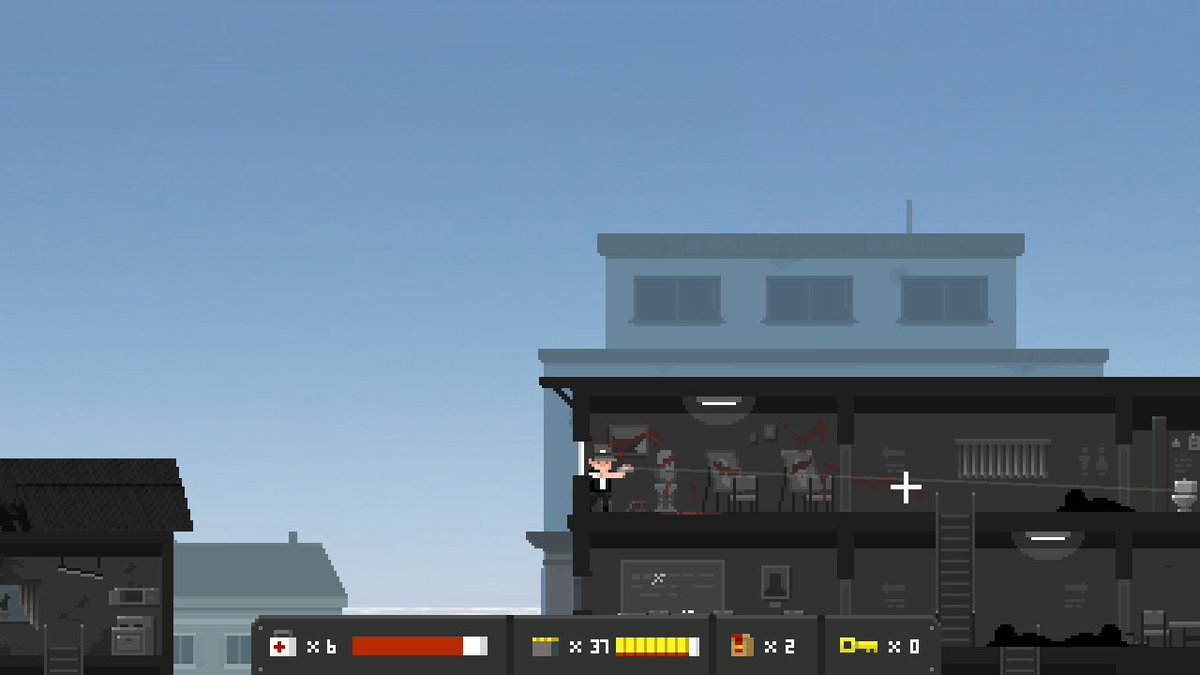 It is your job to drive an experimental train  carrying important cargo to the final station, helping ferry people out of dangerous locals on the way. The Final Station is split into two gameplay segments. The first Being somewhat of a train sim. You have to keep the train running by fixing several components that keep breaking down on your train which can be done with a few simple button presses.

You also have to keep the passengers you pick up alive during the extent of their stay on board. They need food and medical attention almost non stop the whole time they are on the train. This is also easily accomplished by taking either food or medicine out of your storage and bring it to them. If you fail to meet their needs they will die and the only real consequence is you miss out on a couple hundred dollars when the train rolls up to the next station. Money is not very important in The Final Station even though you spend quite a bit of time and effort collecting it. 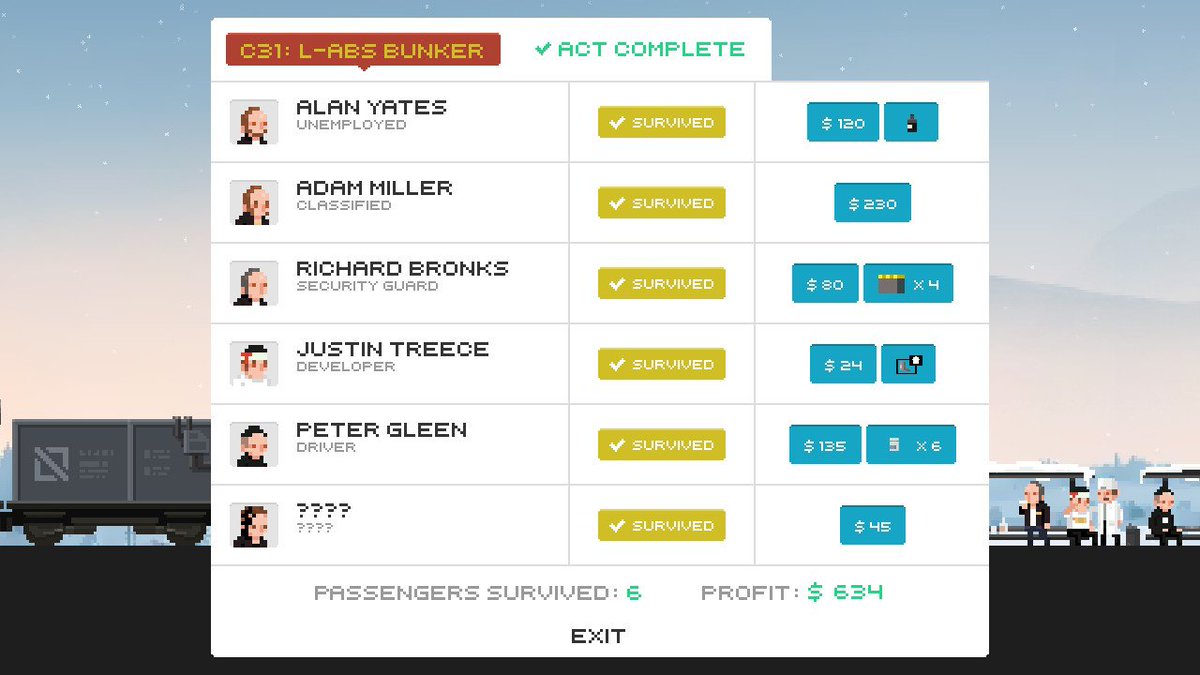 Side Scrolling Side Job

The Second Segment of The Final Station is a side scrolling shooter. Every town you get to has a blocker that stops the train. You must exit the train and retrieve the blocker code to move on to the next town. Its of course never as simple as getting it from the tower where the code should be found. The person holding the code has left and you need to go through town to figure where the code has been left.

Getting through town is where things begin to get dangerous and you start to encounter the zombie like creatures. There are several different types of enemies you will encounter but all are afflicted with being turned into this black slime coated zombie creature. Combat at first is tense but once you figure out each of the enemies abilities, they are actually very easy to deal with which really brings the terror of the end of the world down a few notches. I spent a lot of time punching enemies instead of shooting them just to not waste ammo. Turns out you can get through damn near the whole game without firing a single bullet. This is one of the problems i had with The Final Station. There is a big emphasis on collecting money. You get it from delivering the passengers and from scavenging and rooting through all sorts of things, from lockers to dead bodies. The thing is there is not a whole lot to spend it on. At i believe, two towns, there are shops where you can spend your hard earned money but you can only buy ammo, gun upgrades and health.

As i said though you do not really need a gun, so you do not really need money and i didn’t need much health either as i had the enemies figured out. Even if i did manage to die the game resets you at the last checkpoint with the health you had at that point. This makes a lot of the extra exploring i did to loot everything possible a little unnecessary but it did get me to explore every nook and cranny the game had to offer. 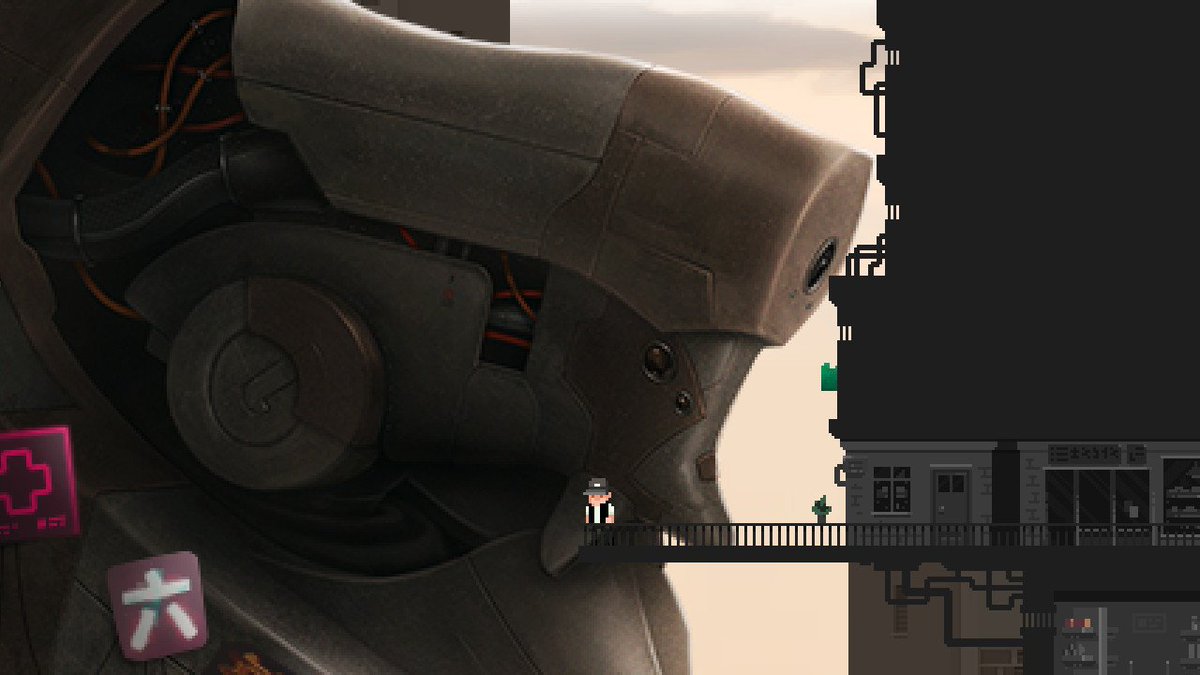 After you finish the main game do not miss out on the add on selection on the main menu. As it turns out this is The Only Traitor dlc. This extra story is almost as long as the main story but losses the train for a mussel car. Your playing as a guy trying to get to one of the last open bunkers. Game play is pretty close to the same as the main story except you do not need to worry about the train or passengers and you trade your fists for a bat (you get a gun too). You still go from town to town but instead of tracking down a code you gather supplies such as food, water and gas to make it to your destination. The story plays after the events of the main game and ties up some loose ends but raises more questions than it answers.

The End Of The Line

Despite a few glitches where i was stuck after dying, which was fixed with a check point reload and a couple translation errors found in the documents throughout the game, in the end enjoyed my time with The Final Station. Combat was fairly fluid albeit being basic and i enjoyed the story from what i could make of it but i do wish it was fleshed out more. The overall atmosphere and music tied everything together enough for me to jump right into The Last Traitor as soon as i was done with the main campaign and i can definitely recommend giving The Final Station a go.

Perhaps with a sequel they could really build on the world and make something great. If they ever do decide to put this train back on the tracks ill be there with with a ticket ready to ride.