[Review] Candle: The Power of the flame 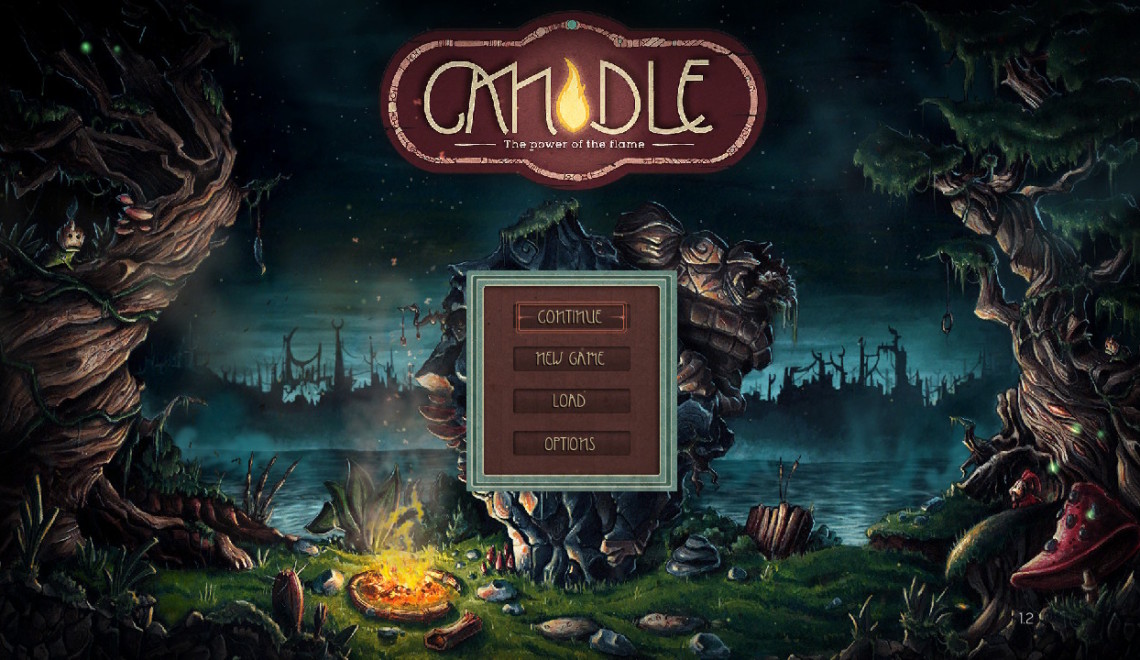 Candle: The power of the flame

Candle in the wind

An example of how fractured this title is takes place in the very beginning moments. A torch lays on the ground and a dark dwelling is ahead. It’s apparent that you are going to need the torch to proceed. However, when you try to pick it up, you are nudged in the direction of the house. Obviously, when you get to the house, it’s too dark to proceed so you are told to find a light source.
At this point I was utterly done with this game.
That’s not to say that their isn’t an abundance of charm to be found here. In all honesty though it’s almost trying to do too much, burning the candle at both ends if you like.
What I mean by this is that at times, it almost feels like its trying to be a point and click adventure, rather than a puzzle platformer. The level of attention required to notice some of the key components of puzzles is at times mind boggling. You might pass a key item dozens of times and seemingly be unable to proceed only to randomly find something to help later. By the same token, this game is not for people looking for a relaxed experience. Despite its stunning aesthetic, Candle requires your full attention. This isn’t the kind of game that you can casually play whilst catching up with some Netflix, it requires your undivided attention.

The light that burns twice as bright burns half as long

The story of Candle: The power of the flame is made more interesting by the way that its told. The premise is simple. The lead shaman of your tribe has been kidnapped by a rival tribe who are for the purposes of this game, probably evil. Certainly sinister. As our titular tribesman Teku has the ability of mans red flower, fire, by means of one of his hands being a candle, he is instructed to rescue the tribe leader. It genuinely feels as though the narrative is boosted by the art style. As aforementioned, the game is brimming with artistic style and swagger and there is so much happening in the backgrounds and foregrounds. 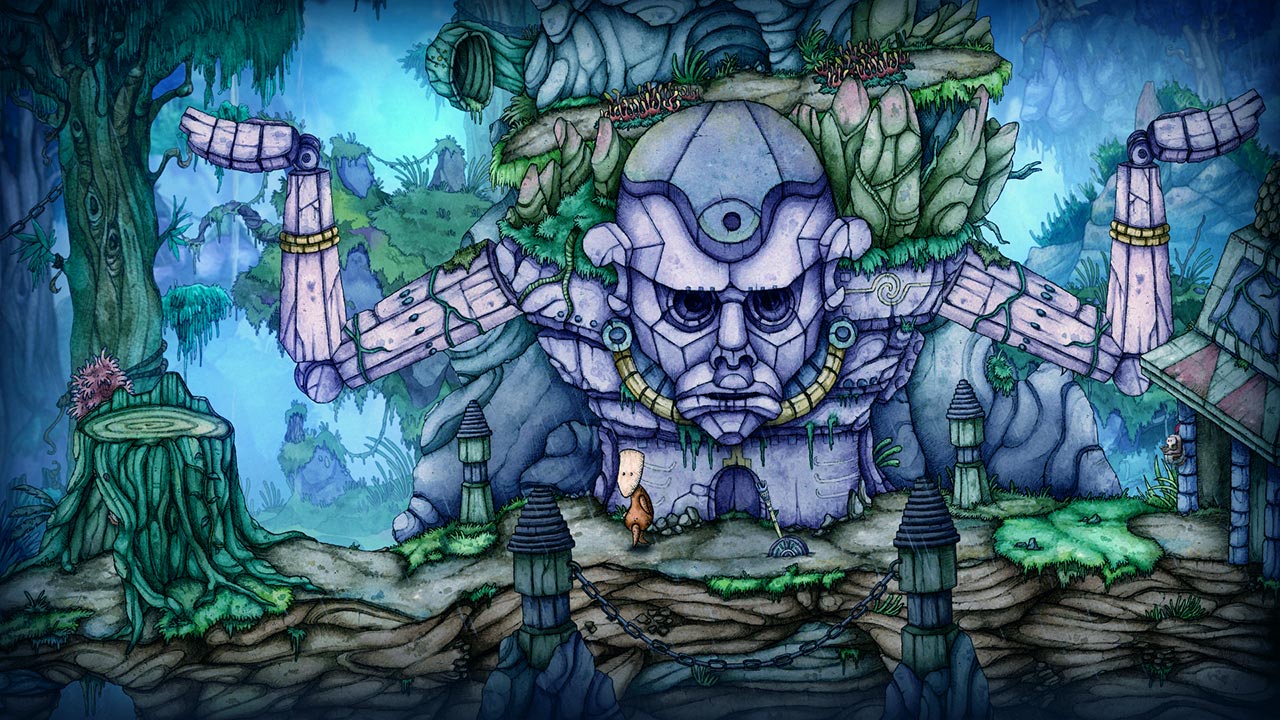 I light a candle and place it up on the mantle

The art style is utterly gorgeous, seemingly hand drawn using watercolours. It’s bold; vibrant and pops off of the screen, and really shines in handheld mode too. The soundtrack is also suitably epic, seemingly building to a crescendo before significantly slowing down to create mood, ambience and atmosphere.
Those are the highlights, as unfortunately everything else about this title seems slow, sluggish and unable to maintain momentum.
To put that into perspective I actually fell asleep playing this game. More than once! 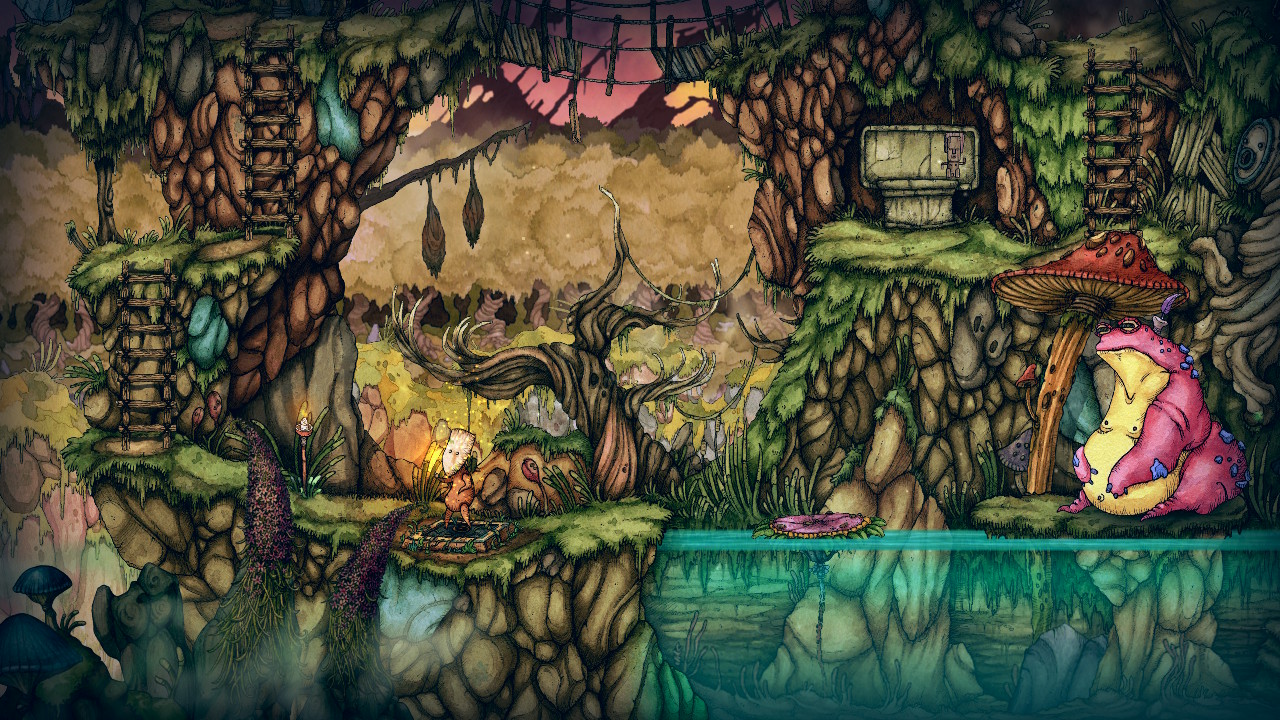 As well as the pacing of the game, the movement of our protagonist is also antagonistically slow. Despite the inclusion of a run button he fumbles his way around the screen, struggling with even the most rudimentary of platforming tasks, the humble jump. Its absolutely archaic at times and, certainly in my own play through, led to many a death. Some of the puzzles in this game require you to observe details in your surroundings in order to correctly solve them. That’s all well and good however, at the same time, also leads to another possible oversight. Because of the sheer amount going on at any given time on screen, it’s very easy to overlook things. Ironically, one of Candle: Power of the flame’s biggest strengths, it’s incredibly detailed art style, is also one of its great weaknesses. 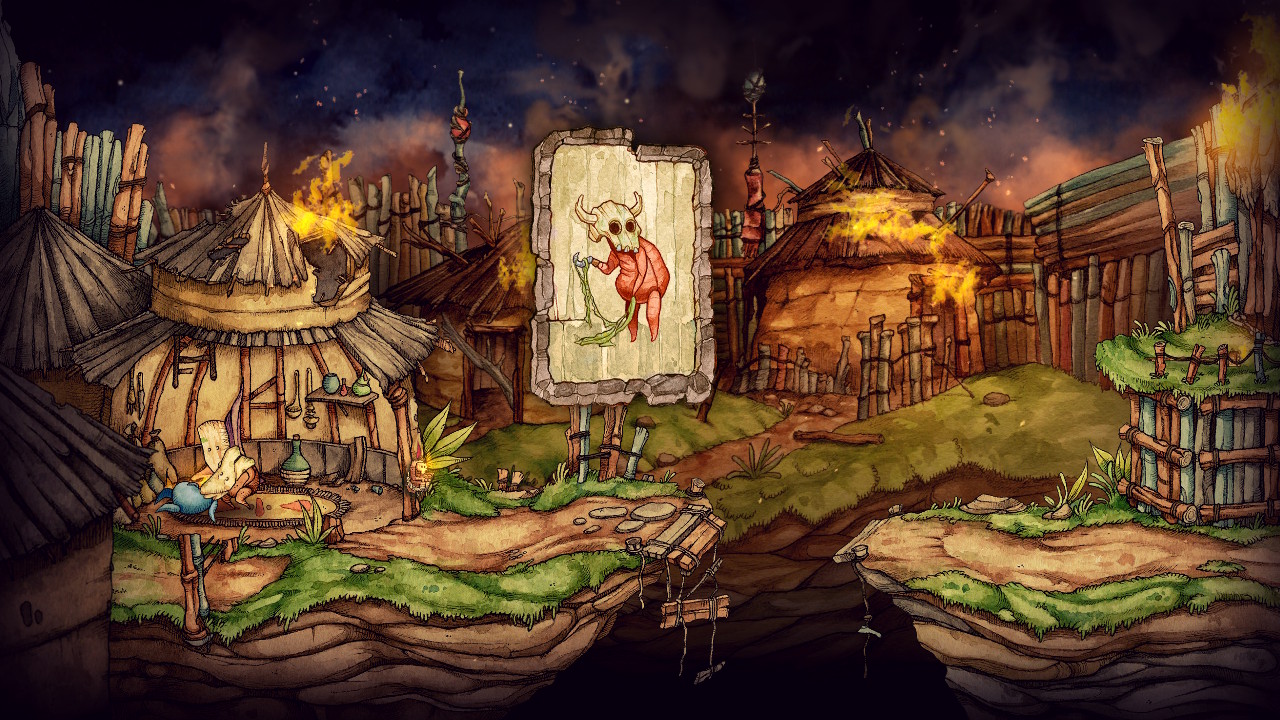 If you have the patience of a saint, than perhaps you’ll take something from your time with this other than intense frustration. I would call it mind numbing, however, due to the muddled puzzles and busy environments it borders on gas lighting.

All these issues aside, there is no hiding from just how beautiful this game is. The artistic team have really gone above and beyond in creating something that permeates beyond simply being game graphics and truly becomes an art form.

All in all though I personally found that, albeit a beautiful piece of media, it simply wasn’t fun to play on any level. Try as it might, the entire concept simply fell flat, a real shame. Had the game been even half as enjoyable as the artistic direction, it would have been able a truimph. As it stands, it isn’t and I can’t within good reason recommend this game.