The platformer genre is home to some of the most unique, and creative games that have ever been brought to the video game world. There’s so many whimsical adventures, that it can be difficult for games to breakout of the mold. With so many platformers out there how can we differentiate the amazing adventures from those that are sub-par. While I don’t have the solution for that what I can say is that Hob is definitely a fantastic 3D platformer that is held back by some rough technical issues.

Hob is a 3D action platformer developed by Runic Games and ported to the Switch with the help of the acclaimed Panic Button. First things I should mention is this is a definitive edition of Hob’s which means there’s been some nice quality of life changes. First Hob now offers some touch screen support for the menus which is nice for handheld players. The UI has had a bit of an overhaul to look a bit better for players. In addition there’s a couple other in game changes one being now when you fall of a cliff you just lose a health point instead of restarting at a check point. I think that’s the bulk of the changes so with that out of the way let’s jump into what Hob is really about.

Hob doesn’t have much for narration, so don’t come into it expecting a rich narrative story. Instead it offers more of a atmospheric adventure. When  set out into the world you’ll find it’s a cruel place after being attacked by some purple mutant plant. This causes you to start becoming infected luckily your friendly neighbourhood golem comes and chops off your arm to stop the infection. The golem then removes his arm and attaches it to you giving you new found abilities. you’ll follow that golem to different objectives on your map and that starts you on your journey. The opening makes you kind of uncertain what your main goal is, but stopping the mutation around the world seems to be your ultimate goal. There’s no text or voice narration so you really are following objectives on the map and watching the events that unfold from that.

Essentially Hob is a love letter that brings together platforming and puzzle solving action, with some rpg elements. It manages to perfectly blend all of these elements together into one tightly knit package. With puzzle solving you’ll use the arm that was attached onto your body from the golem. This arm lets you activate buttons to clear pathways, push heavy objects and smash your way through walls. To use this great power you’ll have to use your energy. Energy is essentially the equivalent of Hob’s mana system and lets you use your different abilities. So you will have to make sure you have given your energy a chance to recharge before you try to continuously smash through obstacles. The arm is essential for all of your puzzle solving and works very well with the gameplay.

With the combat Hob is given a sword to chop up the dangerous wildlife around him. The combat is fairly simplistic, but I still found it enjoyable. You slash and dodge your enemies, and occasionally for tougher enemies have to read what they’re about to do next. This is combined with a few unlockable abilities like a thrust attack, and the ability to teleport behind your foes. These abilities were cool, but really don’t add much depth to the fighting system as its already pretty simplistic. Enemy designs do differ and sometimes you’ll have to take a few steps to beating an enemy, like knocking them over with your golem fist and then slashing them to pieces. Although it won’t take much thought to takedown most enemies it doesn’t really need to. Hob is already a fantastic atmospheric experience and the combat feels perfect the way it is. Just understand that Hob is not solely based around its combat.

If you’re a fan of collecting, then you’re probably going to have a fantastic time playing Hob. There’s a plethora of different things to collect scattered throughout Hob’s expansive world. You can find little areas that Hob can observe to unlock some concept art for the game. It’s kind of reminiscent of finding the synchronization points in Assassins Creed. Besides these beautiful artworks you’ll also find items that increase your max health and energy bar. There’s also plenty of abilities you can unlock, and once you unlock them you’re able to buy them with one of the games two currencies. Finally, you’re given one sword to start with but there are two other swords that can become available if you find the 3 parts for each one. The amount of things to collect may seem a bit overwhelming, but Hob does a nice job balancing it all so you don’t feel like you have to find everything. You can go through most of Hob without having collected much. I think that’s a big benefit to Hob, for those who are solely focused on completing the game.

Mesmerizing is the first word I would use to articulate just how wonderful Hob’s visual design truly is. The world is big and it’s amazing to see such a colorful world of this caliber. Unlike many games with open world’s Hob manages to create a world that’s genuinely creative. The aspect of activating objects that bring pieces of the world together is very interesting and makes you feel like you’re building the world. Honestly, I loved everything about Hob’s art design. It didn’t matter what it was, whether it was an enemy, the environments, or some cool new object to interact with, it was all breathtaking. So it’s very disappointing that the beautiful art design was held back by the poor technical prowess of the port.

Hob was rampant with technical issues and while some were fixed when you docked the game that’s no excuse for them existing in the first place. Panic Button has been known for their fantastic work on ports, but with Hob it seems like they dropped the ball. Panic Buttons crippling of the resolution, and textures is very apparent, especially in handheld mode. The textures look very pixelated, and just not up to par with what they should look like. It’s all quite blurry, and when you get a closer look at the huge world you’ll see that it doesn’t look the way it should. Sure this is fixed and Hob looks great when it’s docked, but that’s still no excuse to the player’s that like to bring their adventure on the go. The reductions that the resolution gets doesn’t help a huge amount considering there were still frame rate issues. Frame rate issues while not abundant were still fairly regular throughout my playthrough. Once again I found them to be more of a problem in handheld mode. It was mostly when a lot of enemies were on screen or when a large chunk of the world was rendering at once. One positive

Unfortunately the problems don’t stop there as Hob has a lot of bugs to deal with on top of the lackluster resolution and frame rate. Screen tearing, falling through the map and getting stuck and forcing respawn were the main problems I had to deal with. Did they happen constantly no, maybe each one a handful of times throughout the playthrough, but that’s more than enough. All of these factors together really just turned this fantastic game into a sub-par playthrough.

I was really excited to get the chance to play Hob on the Switch and with Panic Button at the helm I had a lot of faith in this port. Hob is an amazing experience with a great visual design that is truly captivating. It’s just unfortunate that the visuals are so blurred in handheld to the point where they become hard to enjoy. Mixing the poor visuals in handheld mode with the plethora of technical issues and you have a great game, turned into a mediocre experience. I still want to recommend Hob, because if you can look past its problems, then it’s truly an amazing experience. However, calling this the definitive edition even with the quality of life changes may be a bit of a stretch. 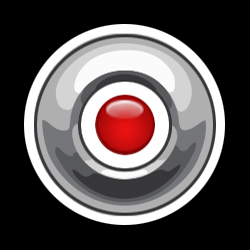