The thought of being anxious and on your seat while playing video games is definitely something that’s not unheard of. We see plenty of people embrace unsettling, and stressful atmospheres in horror games and first person shooters. Some people enjoy the thrill that a bit of fear brings them. Others feel a challenge to overcome a game and the anxiety inducing feelings that come along with it. OVERWHELM is an odd game, because it’s able to accomplish what I believe is its goal to overwhelm the player. This really isn’t done so much from its gameplay, however,it’s more from its incredible visual design and how it can effectively build an unsettling atmosphere within it.

OVERWHELM is a 2D action title that mixes in a bit of horror elements. You play as an unnamed character that travels within a place called the “Hive”. Within the “Hive” there are 5 crystals lying in different corners of the map and your job is to collect all of them and bring them back. It’s not that easy though as there are plenty of dangerous creatures you’ll have to protect yourself from if you want to gather each of the crystals.

OVERWHELM plays out pretty simple in nature. You jump, shoot and punch your way through the different sections of the Hive with the help of your handy map. Your gun comes loaded with a limited amount of ammo so you’ll have to be careful with how you use it. This is my warning to you now, OVERWHELM is not an easy game unless made to be (I’ll explain later). You essentially get 3 lives to get through all 5 sections get the crystals defeat each boss and bring them back to the hub and then fight the final boss. If you lose all 3 lives you’ll be restarting all over again the entire game all 5 crystals will need to be obtained again. Now you do get your lives back after defeating a boss, but every thing also gets harder after each boss. The Hive is non-linear so you can go through it in which ever order you like. It can be truly unforgiving though.

Enemies come in all different forms and they’ll roam around with the ultimate intent to kill you. What’s unique about these enemies is they’re constantly changing . As you collect each crystal the Hive will evolve and enemies gain new abilities. So that spider that was originally just jumping at you, well all of a sudden he’s able to spit webs at you and they hurt! It’s an interesting mechanic and helps keep things from getting too stale.

As I had mentioned earlier, each room with a crystal in it will also be accompanied by a boss. This is where your real test will begin. The Bosses are very difficult and because you die after being hit once you have to be very cautious of each of your moves. Also make sure to not waste your ammo, because if you run out of ammo before you defeat a boss you’re as good as dead. The bosses were definitely a high point, as their designs were interesting and the fights are very intense. While OVERWHELM does have its high point it also has its low points as well.

The difficulty will definitely be a bit off putting for some as its 3 life system is kind of unforgiving. That’s fair though there’s plenty of difficult games that make you take on brutal challenges to finish them. My problem with OVERWHELM was that it wasn’t that satisfying when I did overcome one of its challenges. Don’t get me wrong the boss fights were cool, albeit quite frustrating, but I didn’t feel that accomplished once I had defeated one. I only really felt relief and that made the game feel less entertaining.

When I think of a difficult game that does difficulty right like The End is Nigh I think of really hard levels, each one with a little collectible that’s optional, and the levels are small. OVERWHELM doesn’t have huge levels, but bigger levels no collectibles or upgrades and a boss fight at the end that is quite difficult. So when I died in The End is Nigh it wasn’t a big deal as the level was small and I could just instantly restart, that’s easy enough. However OVERWHELM makes you restart the whole game after losing 3 lives and that’s too much backtracking. Not to mention there’s just no optional collectibles or upgrades to change up your characters abilities. So after I managed to take out 2 of the bosses in one run I just really wanted the game to be over. I just wasn’t getting a satisfying feeling from playing through its twisted challenges and I think that’s really important when you make a game with a high difficulty.

Another problem that really added on to all of this were the controls. I liked the simplicity of the controls and they were re-mappable, which was a nice bonus. The problem was they felt a bit slippery and I found it hard to time jumps and movements. I didn’t ever land exactly where I wanted to and in a tough as nails game like this that’s extremely important. That’s not my final problem with OVERWHELM either. To create it’s stressful atmosphere after dying once the game starts to impair your vision by putting a sort of spotlight on you. This causes you to only be able to see a limit field of view and is where some cheap deaths come in. You’ll learn quickly that when this happens you have to be very cautious, as enemies will spawn right in front of you if you’re not careful. This felt like a unfair tactic to kill the player, because some things take more than one shot to kill and you won’t always have the time to fire off a ton of shots. While I do think this mechanic was great for the games atmosphere it was a poor implementation that hurt the gameplay.

OVERWHELM does a few extras which is nice because it’s fairly short on content. There’s a new game + mode you can go through after you’ve played through it if you want to torture yourself. You also have the option to choose a different color palette, for the environments if the red isnt’t for you. There’s also a 2 player local co-op option specifically for the Switch if you want to play through with a friend. The last thing that OVERWHELM comes with is an assist mode. With assist mode, you can really tone down the game’s difficulty. You have the option to give yourself unlimited lives, unlimited ammunition, and even turn on aim assist. I appreciate the option to tone down the difficulty for casual players and this definitely deals with it’s difficulty constraint. The assist mode is great if you want to practice and hone your skills for future playthroughs. However if you do use assist mode then really you’re taking away the games core, which is its difficulty. So what you get is an “alright” platformer that won’t take you too long to finish.

Visuals is where OVERWHELM is truly able to shine. The red and white color palette of the sections looks really nice with the pixel style graphics. Red is a very intensive color and that adds to the whole stressful atmosphere OVERWHELM tries hard to create. Honestly the visuals feel really fresh and I think they really managed to nail the design. I usually find it difficult for pixel graphics to create anything, but a calm and carefree atmosphere. In the case of OVERWHELM, however that is definitely not the case. The sound design was also really well done and helped solidify the tense atmosphere the game was trying to create.

I can happily say I didn’t experience any significant issues with frame rate or resolution in docked or handheld mode.

OVERWHELM was a difficult game to review, because it gets a lot of things right, but also some important things wrong. The visual design and atmosphere is very well done, along with the fantastic enemy design. The constant evolution of the Hive is also an interesting mechanic that can help the game from feeling stale. Unfortunately the game play just doesn’t feel rewarding enough to deal with its unrelenting difficulty. Controls are slippery and using the assist mode just turns the game into an simpler average platformer. I think there’s some interesting ideas that the genre could learn from OVERWHELM, and some important ideas that OVERWHELM could learn from other similar titles. If you’re looking for a tough challenge or something to try and speed run you will probably find some enjoyment in OVERWHELM. If you’re looking for an above average platformer there’s better options out there. 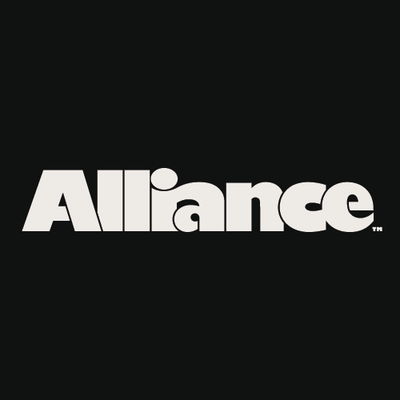