The World Next Door

What if there was another dimension that was connected with our planet. A place where different people roam and live out their days. A completely separate and unorthodox world compared to our own. The World Next Door takes this concept and turns it into a narrative adventure that was able to captivate me to the end.

The World Next Door is a 2D Rpg with visual novel style elements. We take control of Jun a young 17 year old human who wins the annual lottery that allows one person to leave earth and visit the world of Emery for a day. Emery is a world where human monster hybrids live, and resembles something out of a young adult fantasy novel. Earth and Emery are connected through a gateway that only opens for one day every year. Jun goes to Emery to visit her online friend Lisa and they finally have the chance to meet each other in person. Lisa introduces Jun to her friends and the whole story takes a very light hearted tone from the beginning. That is until the group loses track of time and Jun is unable to make it back to the gateway in time. Humans are unable to stay in Emery and eventually will die if they stay there too long. Now it’s up to Jun and her new friends to help her find a way back home. As the story unfolds things begin to change, and we get the feeling that all of this happening wasn’t an accident.

The story definitely has an overarching mysterious tone. You go to explore ancient shrines in an attempt to find answers on how to get Jun back. As you go through each of the shrines you’ll learn more about what they are, and about the world itself. Though I found learning about Emery wasn’t really the interesting part of the story. Interacting with your new friends in Emery was the highlight of the adventure for me.

Each character had their own unique personality and you could see the development of each character even though you were only with them for a short time. For example Rainy is a shy young guy, that has no sense of adventure at first. As you go visit more shrines with, him he develops courage and is actually looking forward to the journey. You get the chance to interact with all these characters and understand their personalities.

The World Next Door will have you interacting with its characters and constantly asking you what you want to say. While I don’t think most of the decisions you make really change a lot in the grand scheme of things, it’s nice to have these choices. Your decisions don’t always have to lead to a big and important event. It’s nice to be able to pick a dialogue option and just see how that character reacts. You get the opportunity to understand a little more about that character without worrying that you ruined your entire playthrough. I honestly had a great time with The World Next Door’s story. It may come off a little cheesy at times, but I think it does a great job developing its characters and making me actually care about them. One thing I will mention is the ending was quite lackluster and left me unsatisfied. There are two choices you can make towards the end that alter the plot slightly. It all felt kind of abrupt and I didn’t feel like the plot had truly been resolved. I won’t go into detail on why, so if you’re interested you’ll have to see for yourself.

One of the most unique parts about The World Next Door is its battle system. The battle system is a real-time match 3 system that will have you running around a board matching symbols. There are 5 colored symbols that you can match each one using its own ability when 3 or more are matched. Match 3 or more green symbols, you’ll heal yourself, 3 or more red symbols, and you’ll sling a fireball at the enemies.

Enemies are called “Grievances” and there’s a few different types, each with their own skill sets. At the end of every shrine there’s a boss you’ll have to fight and while they were very engaging I found the battles against them to be really easy, and wished they were a bit tougher. In fact the game itself is pretty easy and I only died twice and that was, because I kept getting stuck. If you do find the game to be difficult, there is an assist mode, which you can activate to prevent Jun from losing all of her health. It’s a nice addition, for more casual players

After matching symbols together white symbols will appear on the board. If you match those into a specific formation you can call upon one of your friends to do a special ability. It’s a very neat concept though it’s not perfect. The boards are sometimes two small and if it’s you and 2 or 3 enemies you’ll constantly be running into them. You do have the ability to dash, but that won’t help against enemies with attacks you can’t dodge. The small size of the board also makes it difficult to move the symbols around, because you’re constantly colliding with enemies. So the battle system may have its faults, but it’s creative and offers an experience that I haven’t seen anywhere else

Besides the main story you do have the option to do a few different side quests. These side quest come in the form of fetch quests, puzzle solving, and combat. The puzzles put you on board where you have to pair symbols together and make them all disappear. The side quests usually finish with some dialogue or a collectible item. Unfortunately the items use isn’t apparent, and they’re really more for collecting. It would have been cool if the items had some effect in battle or opened up more dialogues. Instead, you don’t really get much out of them and the sidequests end up feeling like a waste of effort.

The anime visual style of The World Next Door is beautiful. Each character is so well detailed, and it’s an example of the astonishing work such a small group of people can do. The environments look great as well, especially the shrines. They’re very diverse in the way they look, and are fascinating to adventure in. When you’re traveling the maps the character models are done in a Chibi anime style and I think it was a great design choice. The soundtrack was a good mix that blended well with the setting and gameplay.

I didn’t experience any problems with the frame rate or resolution during my playthrough of The World Next Door. Gameplay was flawless in both handheld and docked mode.

The World Next Door takes multiple genres and creates an adventure that’s well deserves some praise. I had a great time and even though it felt like the adventure didn’t last quite long enough, the characters still felt very developed. I found myself let down by the ending and the side quests, but that still didn’t stop me from having a great time. Overall if the story didn’t end so abruptly and completing sidequests yielded more useful rewards, I think The World Next Door could have been close to perfect.

Buy The World Next Door 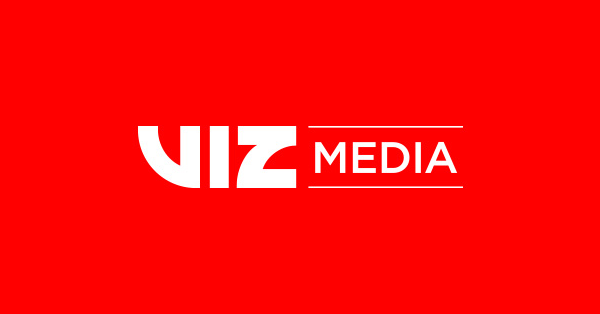