You awaken in a cold, desolate room with nothing more than a potted plant and a printer. There’s nothing around you except for a computer with lots of cool, funny hats and a shotgun. A piece of glass separates you from what’s on the other side of it. You take the shotgun point it towards the glass and fire it. The glass shatters and you see 3 ducks inside what seems to be some sort of teleportation device. You jump into the great unknown with no idea of what may happen next. This is Duck Game!

Duck Game is a 2D Multiplayer Action game where you play as an anthropomorphic Duck. It’s all about fighting against other ducks in an attempt to win the most matches and be crowned the winner. While there are options to play Duck Game alone in an arcade style mode, it’s truly meant to be enjoyed with other people locally or online.

A round of Duck Game takes place in various stages. You’re placed in a pre-generated or randomly generated stage created by the game to fight against other players. Lying around the map are weapons and other obstacles that are there to try to take you down. The object of each stage is to be the last duck standing and gain a point. So you have to rush to the closest weapon you can find and try to blast the other players into oblivion, before they can get to you. The gun selection is pretty huge, ranging from a shotgun, to a sniper rifle, or even a rocket launcher. If you’re more into up close and personal combat then fear not, because there’s also melee weapons like swords and hammers that you can use to slice and pummel your opponents.

Stages are never simply about finding a weapon and shooting down your opponent. Weapons are all created differently and thus they each have their own special properties. You may spawn into a small platform with nothing, but grenades to fire against each other. Sometimes it’s a huge tall map where there are jetpacks you can use to navigate the platforms. There’s also obstacles you have to take caution of such as lava pits that when you fall into will turn you into a roasted duck (seriously you actually pop out as a roasted duck)

After going through a few stages you will be brought to the Duck game intermission. During this scene you will be played on a field where your duck will toss a rock. Every stage you win is a point and this is where your points are tallied. The first duck to reach an intermission and have a total of 10 points wins.

Once a round has finished, you will gain experience based on how many stages you won on and a participation amount to make you feel special. Experience goes towards your level bar and as you level up you will get access to new things like the toy machine. When you level up you get a coin that you can use in the toy machine. This toy machine unlocks new props for your room that you start in before every match. Besides these toy props, there’s also hats for your duck to unlock and more.

If you’re looking to express your building skills then look no further then Duck game’s stage creator. Duck game offers a robust stage creator where you can make a plethora of stages for you and your friends to play on. There’s plenty of pieces that you can use to put together the wackiest of stages. It’s a lot of fun to make stages and a great addition to an already fantastic game.

Duck Game is great fun with other people, but one of its biggest problems is its single player. The single player is a series of arcade cabinets where you can do arcade style challenges kind of like obstacle courses. They’re an interesting addition, but I didn’t find them very fun and they just didn’t fit well with the already established gameplay. That being said I worry about Duck Game, because I think the online is a big draw. I myself had pretty good experiences online, although I did have to wait a few times for 4-5 minutes to find a game. Duck Game is still fresh, but a few months from now it won’t be and I worry the online scene will suffer from that. Without online you’re going to have to always have some friends around if you really want to enjoy Duck Game.

Duck Game’s colorful pixel style graphics go really well with the game’s presentation. I really liked the visual design they went with and I think it gives the game almost an energetic vibe. Environments and stage pieces look good and overall I think the developers really nailed the design. The soundtrack is also kind of infectious and I haven’t been able to get the menu theme out of my head. In addition to that there’s a quack button. All I’m going to say about that is the game will quickly become a buy or pass depending on how you feel about the quack button (joking)

I didn’t have any issues with the frame rate or resolution during my playthroughs of Duck game. I did have a few problems with the online kicking me out of rooms when I joined, but it only happened a few times so I can’t fault the game too bad for that.

Overall Duck Game is a really fun experience with friends and has some extras such as unlockables and stage creator to keep you busy for quite some time. The single player is kind of lackluster, but this really feels like a multi player oriented game so I can look past that. Having a bit of trouble getting into online games already does worry me, but I can’t worry too much about something that may not happen. So if you’re looking for a fun game with friends or something to play online check out the crazy title that is Duck Game! 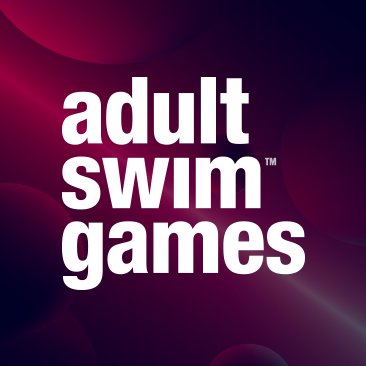