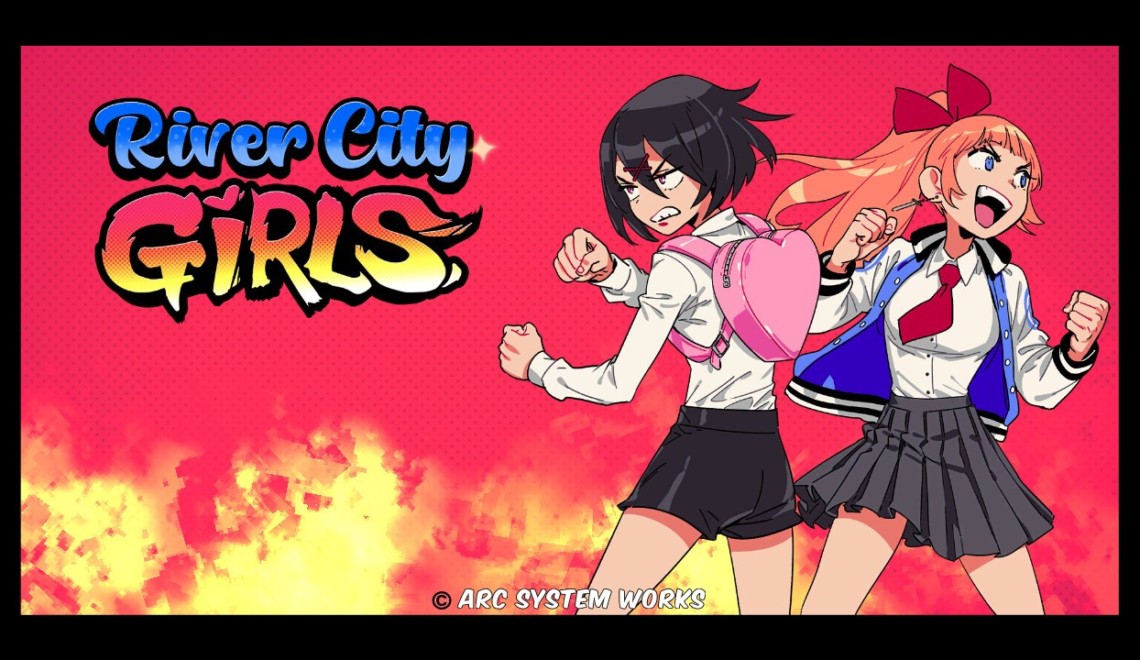 If you’re thinking this game sounds familiar, it’s because it should. River City has been a location that’s been around for literal generations of gaming, mostly in the Kunio-kun series of games based in Japan. However, some of these games in this long running franchise have been brought States-side, and you’ll probably recognize its Americanized name better, as River City Ransom. Now, River City Girls on the Nintendo Switch brings us a spin-off story with the same setting and characters, but a slightly different focus.

As you can expect, this game takes it’s focus off the boy stars from the original RCR and instead puts you in control of their girlfriends, Kyoko and Misako. But don’t worry, the boys are still around…well sort of. Kunio and Riki (Alex and Ryan respectively in translated versions) are taken captive just outside the high school, and now their girlfriends must hit the streets to find them.

Players can choose to play as either girl, or if you have a friend locally or online you can play as both together. From what I could tell, though, there wasn’t a huge difference in choosing one over the other. Both start with the same basic movements : a light attack, a heavy attack, a jump, and the abilities to sprint and block. 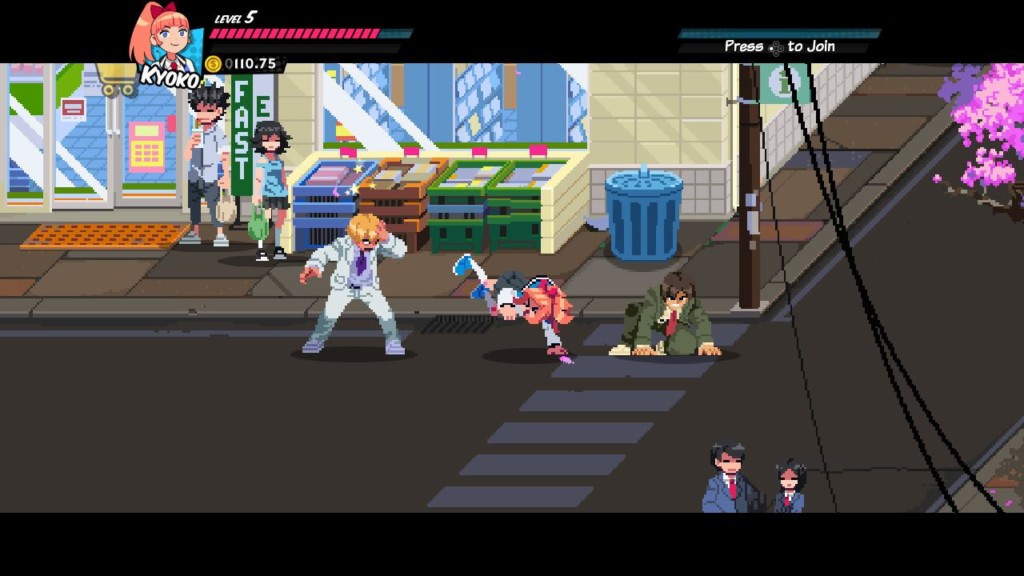 The game plays out as a screen-to-screen, side-scrolling beat-em-up. Enemies will make themselves known by entering from one end of the current screen, waltzing right over to meet your fists and feet. For each foe you successfully defeat, you’ll earn money and experience. Earning enough experience levels you up, immediately refilling your health bar, and unlocking new fight moves for you to use in combat. Some of these are learned immediately, while others are unlocked in the Dojo that’s in the city where you’ll have to buy those particular moves to be able to use them.

In addition to the Dojo, there are various shops all around that you can visit. Some offer items that must be consumed on the spot, such as food to regain health, while others can temporarily boost stats, and even others offer wardrobe options to provide permanent stat boosts. Most wardrobe purchases, however, aren’t reflected on your character, so if you’re looking to splice in some of those anime games, you will be severely disappointed.

Combat is pretty straightforward, you’ll rely on short and sweet combos to send your enemies flying back. Provided you’ve leveled up enough, you can choose to take advantage of them being downed for a few moments by stomping on them, or picking them up and using their body as your own personal weapon. Otherwise just take advantage of them being down and out for a few seconds and beat someone else up.

Sometimes, progress will be deterred until you beat a certain number of baddies, and you’ll find yourself screen-locked in these scenarios. Like…literally screen-locked. A border of chains will surround the outside edge of the screen, with a padlock fixed at the top. Each enemy you beat will cause the lock to degrade a bit, until you’ve beaten enough to free yourself.

You’ll also find yourself dealing with a decent sampling of boss fights. These are the only enemies in the game to have their own health bars, so you’ll at least be able to track your progress against them and see how close you are to defeating them. Their health bars are also segmented, each one representing a different phase in the fight, which is also a nice way to determine what’s coming next if you’re taking multiple attempts at these fights.

Anybody who’s a fan of the old school, arcade-style beat-em-up games will absolutely love River City Girls. I myself haven’t played much of any of the games in this series, with the exception of Super Dodgeball on NES. Despite that, I thoroughly enjoyed everything this game had to offer, from the setting to the characters. If anything, this stirred up interest in wanting to play the original RCR. 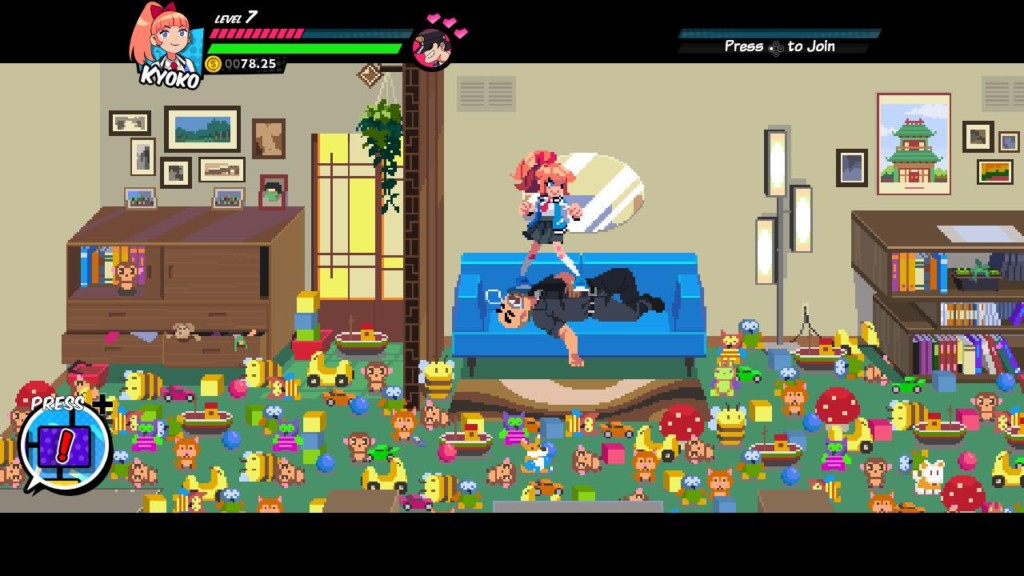 On it’s own, though, it’s still a great game. I loved the level system and unlocking moves every so often. It was especially fun doing this in the middle of a fight, and getting to instantly begin using a new move against enemies since the button prompt for this new move pops up in the bottom left corner of the screen. For the most part, the game contained to itself, but there were some things that felt almost fourth-wall breaking that were very fun, such as the “screen lock” in certain areas.

River City Girls is fast paced, a ton of fun, and will keep you highly entertained for hours, with an awesome soundtrack to boot. So if you love beat-em-ups, this is definitely one to grab for your collection. And all you physical collectors out there, keep your eyes peeled because our favorite LRG is going to have that ticket punched for you in no time.