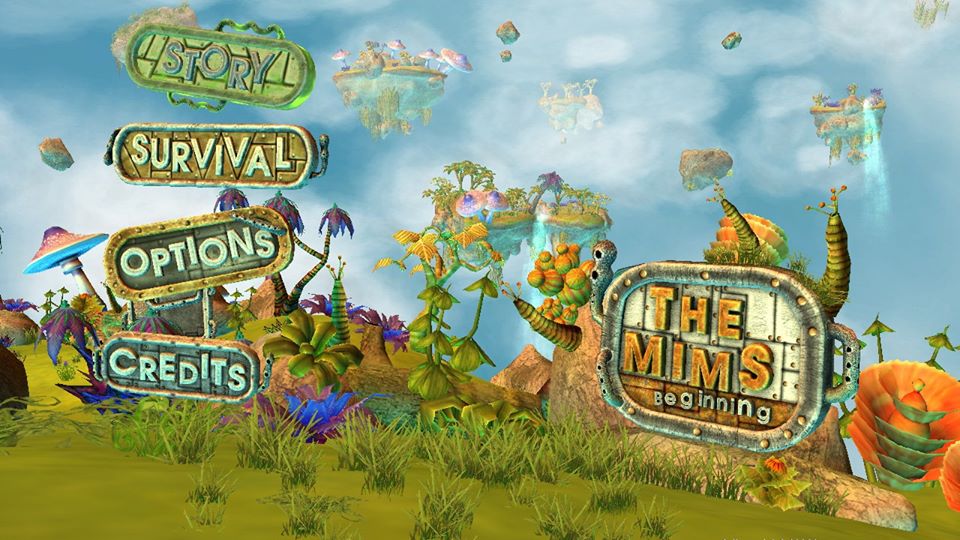 Who doesn’t like playing god once in a while? For the most part we do it in video games, although I’m sure there are those who try and do it in the real world to. To those who fit in the latter group…I hope it works out for you. For us gamers though, we have a wide variety of titles to choose from that put us in control of an entire people, world, or universe. The Mims Beginnon for the Nintendo Switch does just that, but is it a game that’s worth playing god in? Or does it deserve to be cast down to hell?

The story of the Mims begin when they are packing up to evacuate their home planet. Their plan? Find a new home and re-colonize it with the help of their DNA orb. Unfortunately, as is the case in just about every game in existence, things don’t go exactly to plan. While sailing away from their planet, they get caught in a meteor shower that causes them to abandon and float through safe in little bubbles. A handful of Mims make it to ground on a planet and somehow know of your fourth-wall existence, so they ask you to help them colonize this and many other planets, all on the quest of finding their DNA orb and building a new home for themselves.

As soon as you get into a level of this game, you’ll be faced with something that might be a bit overwhelming if you’ve never played a game of this genre before : menus. Every corner of your screen is going to be littered with them, and some will have sub-menus hidden underneath. It’s definitely a lot to look at initially, but luckily The Mims walks you through learning the ropes to help soften the blow. 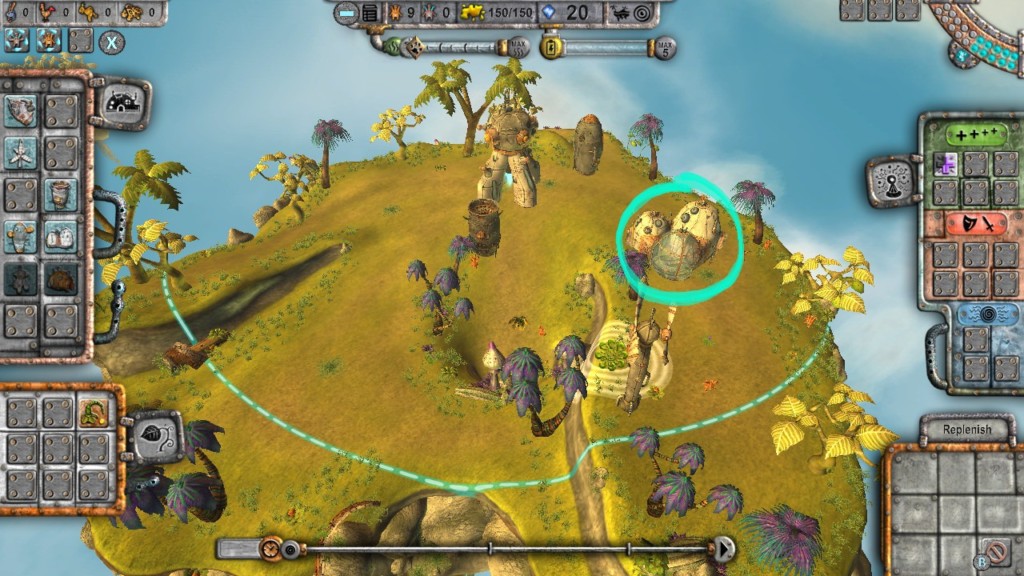 In your quest to help the Mims on their…well their quest, you’ll need to expand and build structures through the various islands you’ll be in control of. These structures and the tasks they’ll perform all rely on the biomass you’ll accrue, and you’ll need them all to provide things to your Mim population like power and places to learn and experiment, sometimes even create other lifeforms.

The other menu you’ll spend a lot of time with is the one containing your PSI-powers. These are your literal god-like abilities for you to exercise out over your Mimions (ha see what I did there…). These are immediate actions you can take out on either the Mims themselves or on the world around them. Notice your friends feeling sad? Cheer them up. Is a building or area of your island being over run? Burn it down with fire and start over from scratch. Be careful with it though, remember these guys are looking for a new home to call their own, and they might not be so happy with their new god if you’re burning it down around them.

Most games of a familiar ilk tend to take place in one huge, constant moving overworld, and having all of these menus and mechanics hurled at you can be a lot to keep up with. The Mims Beginning is broken up into individual chapters, each with their own objective to focus on. It’s a great approach because it feels like the game is broken down into smaller increments, and with each specific objective you get a better idea of which areas you’ll need to focus on. These can include things like just getting the Mims started initially, or keeping a specific one alive for a certain amount of time. 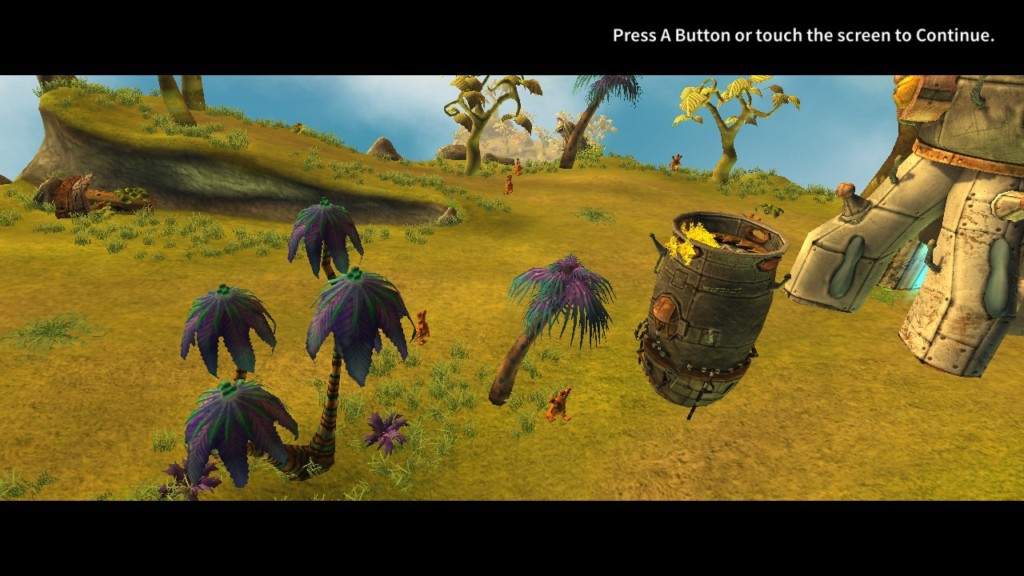 Normally games like this don’t keep me entertained for long. While The Mims didn’t extend that attention span by much, it did intrigue me with it’s slightly different approaches. Mainly the chapter design of the story, this made me feel more comfortable jumping in and out of the game. I felt less pressured to try and memorize everything that I was doing and needed to do and just enjoy the game in smaller bursts.

One thing that did sort of ruin it though was a lot of the writing. I found it very hard to keep up with the Mims sometimes, specifically with the conversations they had with themselves. I’m not sure if this is something that was lost in real-life translation, or if it was intended in game as a way of not fully understanding these whimsical creatures. Either way it had me skipping dialogue more often than paying attention to it.

Mechanically, the game can be played both with controller/joy-cons or by using the Switch’s touchscreen. Neither input is perfect. The biggest struggle I had was when placing buildings, especially in the tutorial mode. When it’s teaching you to build, it maps out exactly where they should be placed and you can’t progress until you acquiesce. The joy-cons couldn’t move minutely enough, and the responsiveness of the touchscreen isn’t the greatest. It doesn’t make things impossible, but there can be a few hiccups if you’re looking for precision.

In the end, The Mims Beginning isn’t the worst game on the market, but it’s not the greatest either. If you’re looking for an entertaining god-sim then you shouldn’t have to look much farther than this game right here. It misses a few notes, but overall it provides the right kind of experience that is just what you’d expect, and it’s not a bad price for it all either. 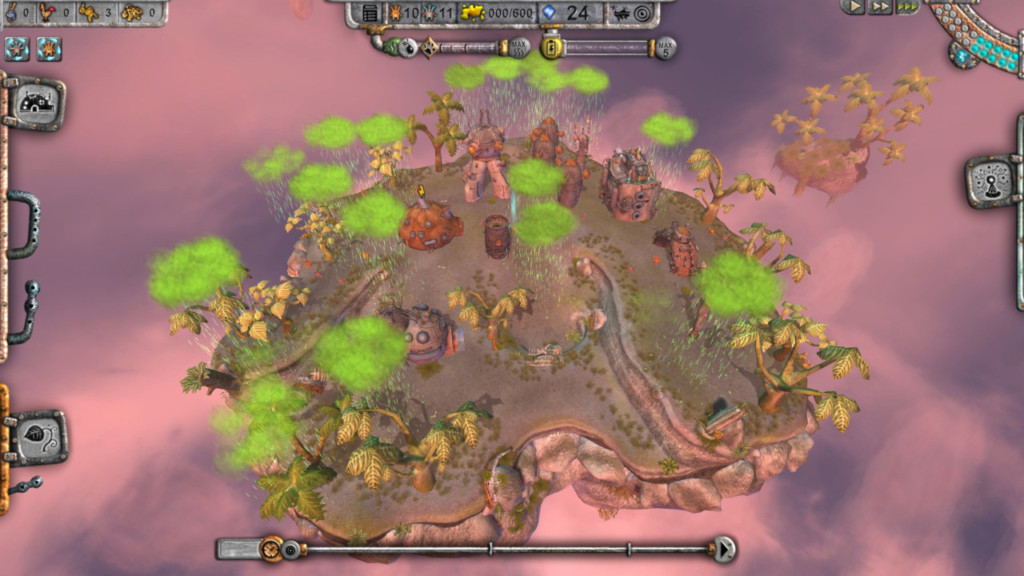 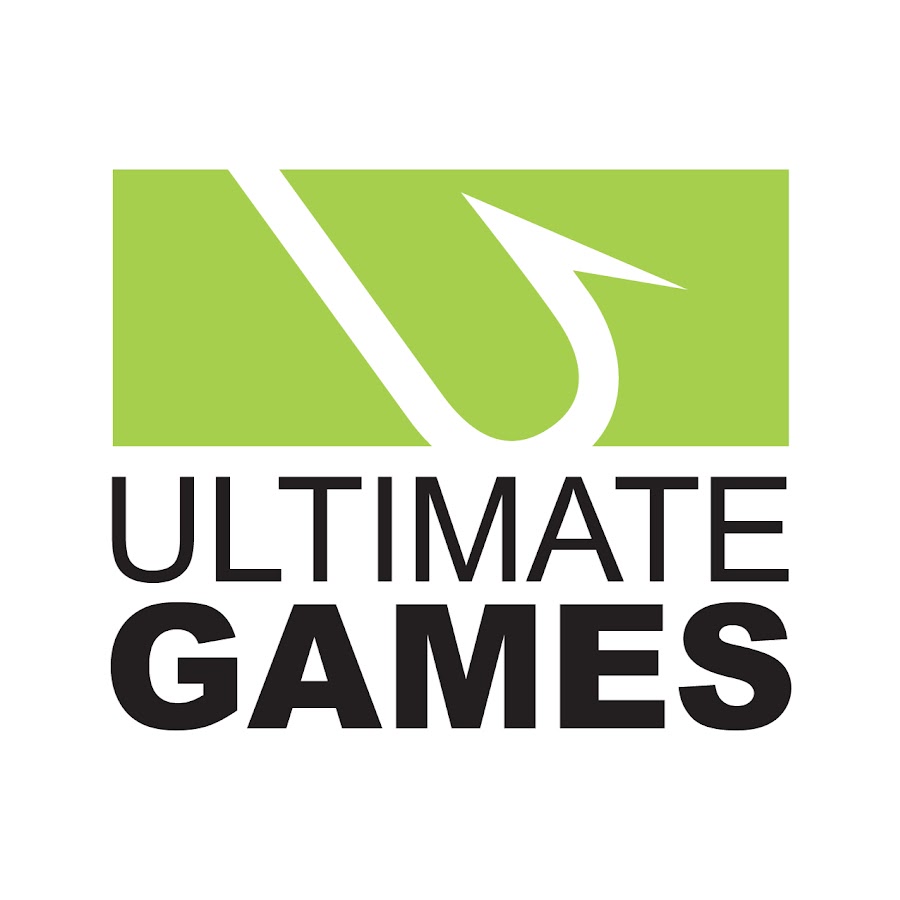