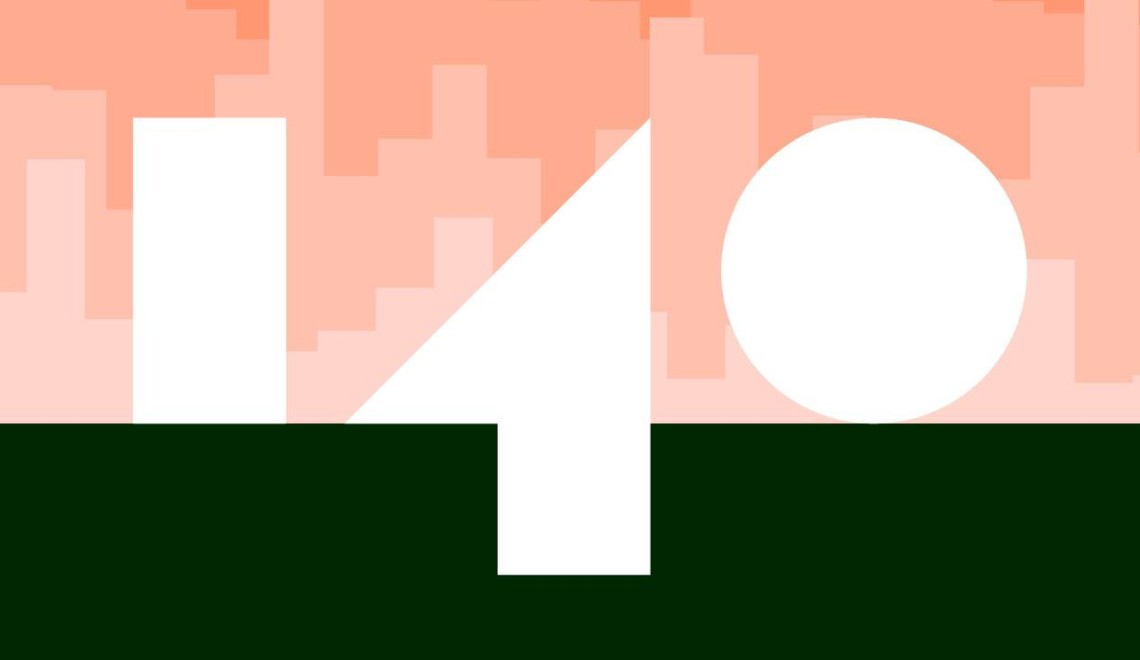 When is a game name not a name? When it’s a number! As for the significance of this number, I can’t really enlighten you in that area. But as we dive into 140 on the Nintendo Switch, don’t get too distracted trying to figure the name out because it just might cost you to miss a few precious beats in this minimalistic platformer. \

You’ll jump your way through the game as a shape-shifting…shape. You’ll take the form of a square when you stand still, a circle when you’re on the move, and a triangle as you jump through the air. Much like the title of the game, though, there doesn’t seem to be much importance to these different shapes. 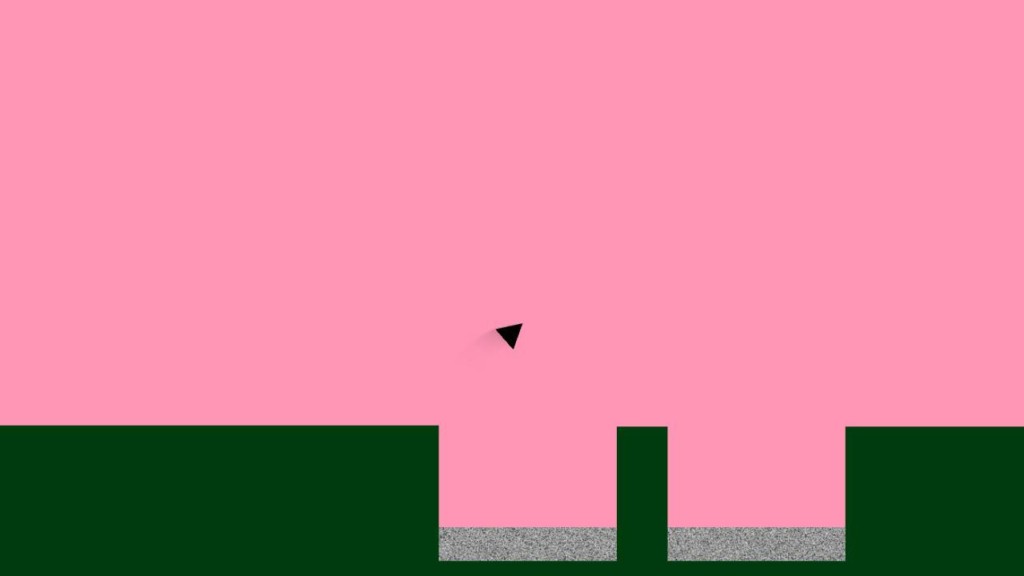 Each level gives you one of the games phenomenal electronic songs off the soundtrack, and components of the level that shift with the beat. The levels themselves are broken down into smaller sections, each marked by a half circle with a dot that is fixed into the floor. In each section, you’ll need to find a small floating orb and pass through it so that it follows you, then bring it back to this circle section. Once you do, the song will pick up a bit in the beat, and the level will shift around you.

When these shifts occur, they can either be a help or a hindrance depending on how you look at it. Typically around the circle areas, you won’t be able to progress further until you return this orb. Doing so can do any number of things like activating small elevators, or making the static walls shift and move. This is where the game starts to get more and more rhythmic.

Eventually you may come to some small fighting type arenas against a boss shape. You’ll get another little shape that follows you around, only this one doesn’t have a home. This shape sticks with you and fires off a sort of projectile along with the song. So be prepared to dance around the enemy shots and time yours just right along with the beat so you don’t find yourself being defeated. 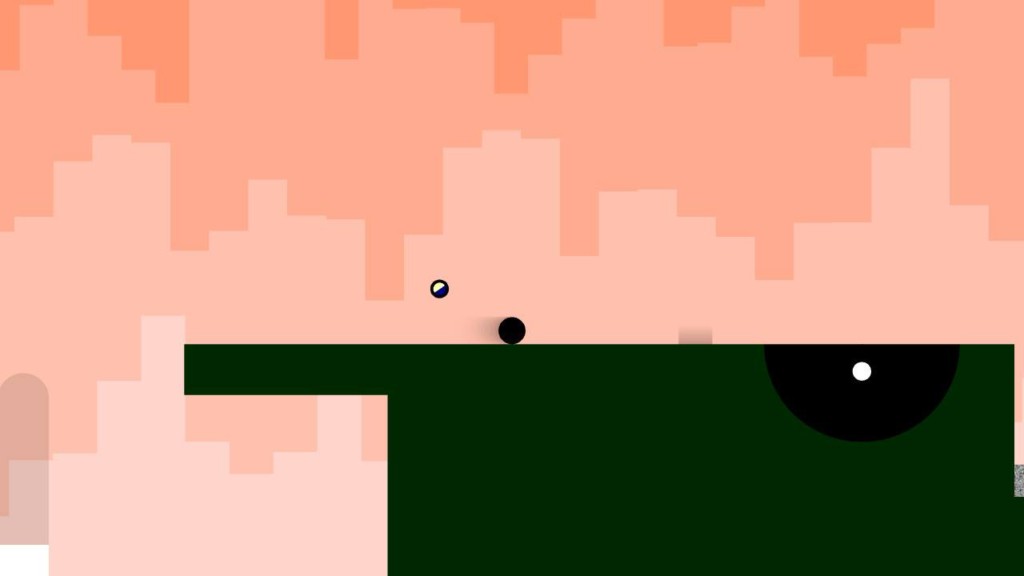 I mentioned static walls above, and these are your only really “bad” thing in the game. Anything staticy as a whole is bad news for you basically. It can be on the floor, one walls, or it can bounce up and down between platforms, threatening to send you back to your most recent checkpoint should you time a jump wrong.

In the end, 140 is a pretty fun game with an amazing soundtrack to boot. However, it makes use of one of my personal least favorite elements in platforming games. That is basing the entirety of the challenge on movement around the games music. Again it’s a fun game and it’s truly easy to get lost in the soundtrack, but I felt there were more segments of waiting on a ledge for the right beat to cycle back around before you could advance. If you’re a fan of music-heavy games this is definitely one for you. And if you love ones that incorporate the music into the gameplay itself, this just speaks more for being a part of your library. 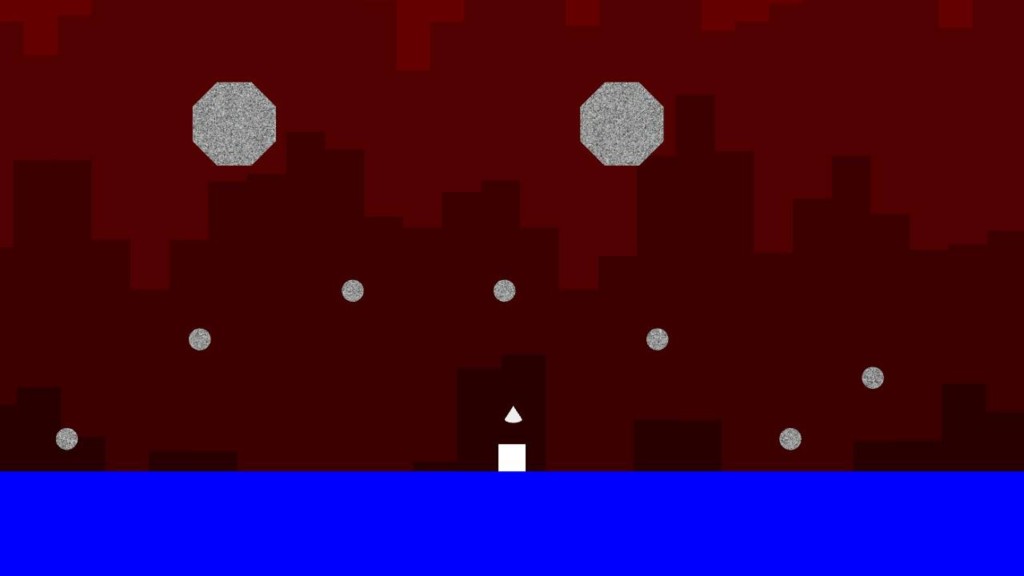