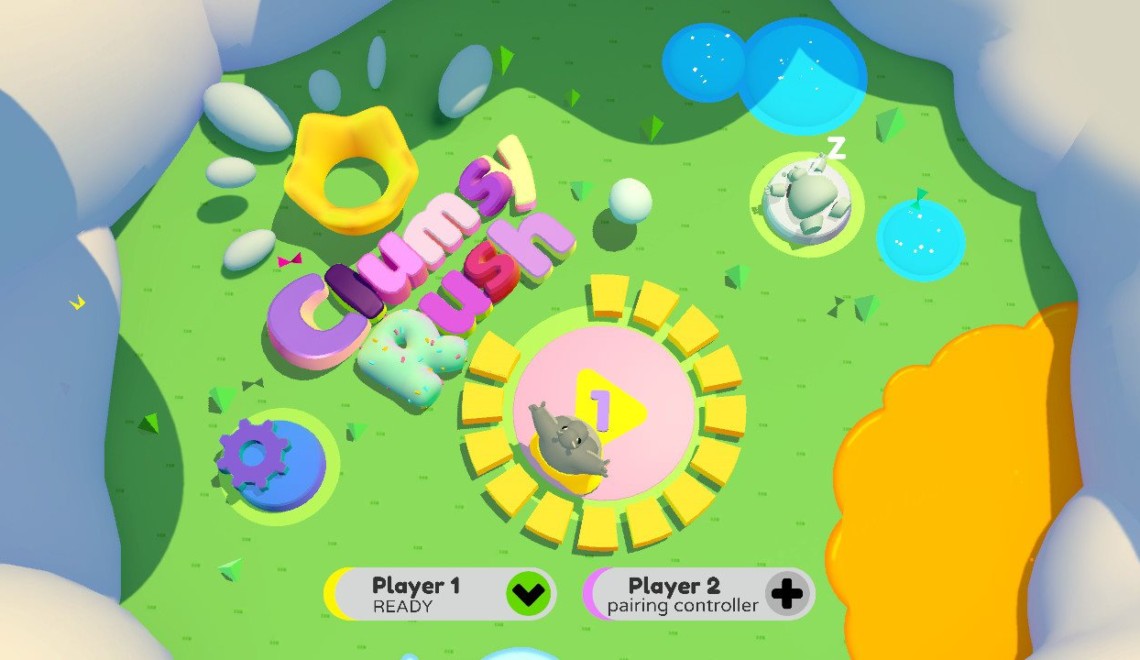 Party games are quite a popular and exciting way to hang out with your friends, make everyone hate each other, and risk the breaking of controllers. What’s great about the genre is it covers so much territory that it doesn’t take much to put out a unique product. Whether it’s a goofy story, cartoony graphics, or silly controls and mechanics, there are so many ways to tweak things in a way to be both fun and potentially frustrating. Clumsy Rush on the Nintendo Switch is a title that finds its unique stroke, and boy does it earn it’s title.

The premise of the game is pretty simple, since you’ll constantly be racing. Whether you play it alone or take advantage of getting to drag in a second person, your goal will always be to get across the finish line first. Naturally, there are some catches, such as you need to be wearing the crown when you cross the line, and you’ll have to deal with terrain changes and obstacles between your start and end. 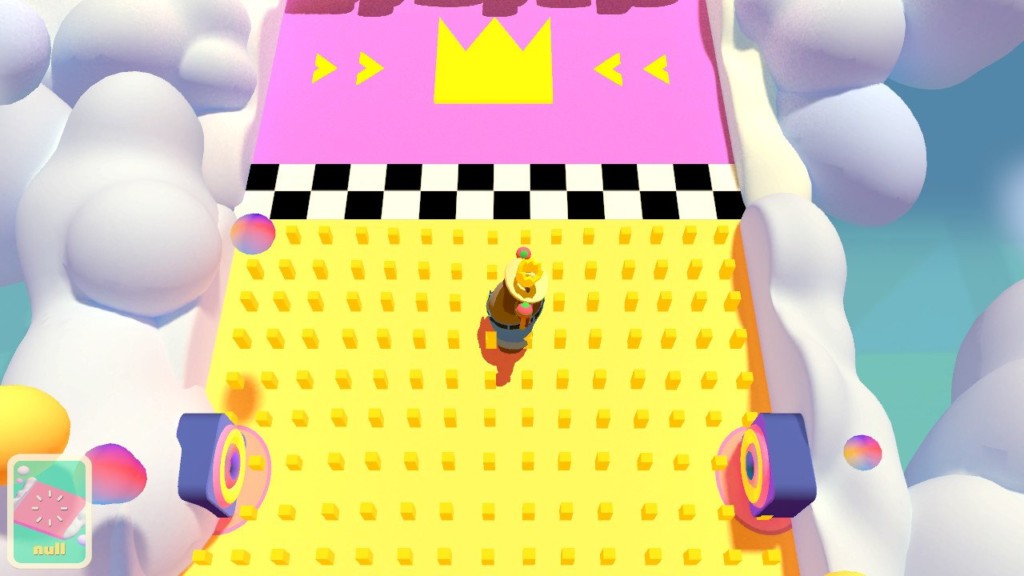 Oh, and let’s not forget the wacky control scheme you’re going to need to utilize to move your character. Each leg is controlled individually by one of the shoulder buttons. You can also perform a quick dash forward which can help you cover some distance in a rush, or bump into your opponent if there is one. Like was mentioned above, you’ll need to be wearing the crown to win the race. If you’re not wearing the crown, well you’ll need to fight to get it.

The levels themselves are quite a treat for the eyes visually, especially considering that you’re playing an indie title that is aimed at a younger generation of player. They’re full of not only colors, but plenty of obstacles and terrain to trip you up on your way to the end. This can be oil-slicked areas that send you sliding, or sandpit spots that will slow you down a bit. 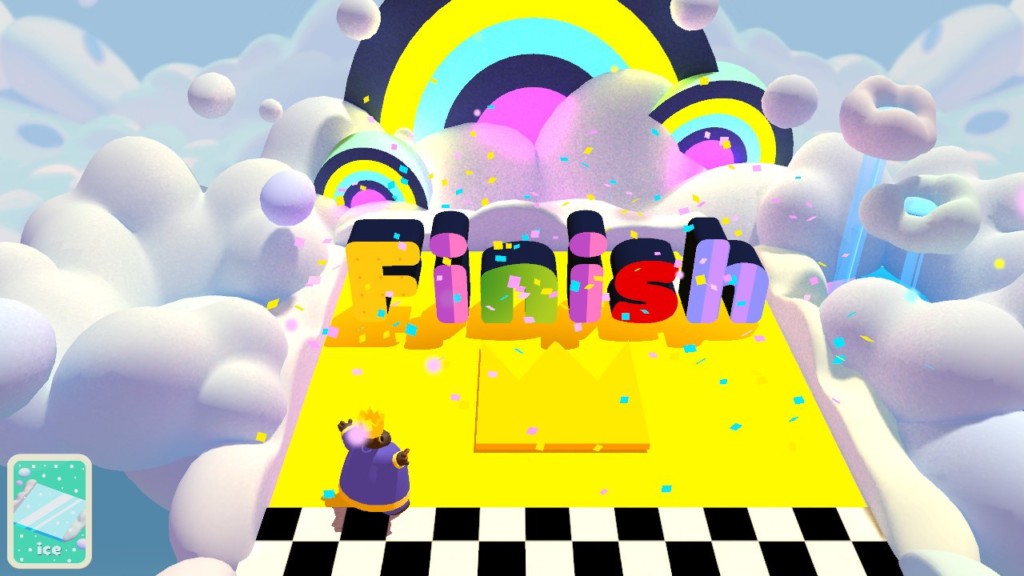 However, while the levels are appealing to look at, the experience on them runs thin rather quickly. The biggest gripe is that all these levels take place in a straight line. The only “deviation” is the stuff placed in your path to try and hinder you.  Throwing in some twists and turns would have added a whole new level of crazy to this game.

Clumsy Rush is a title that can be played in both single or multiplayer modes, but the only of those two that is really worth any attention is playing with others. Single players lacks any sort of challenge, not even giving the player a timer to race against, or an AI opponent. Combine that with the simplicity of the tracks and all you’re doing here is just practicing walking in a straight line.

If you have others to play this game with consistently, it will easily be a great addition to your library. If you’re going it alone though, you might end up feeling like you just bought a mini-game from a larger party game. Which, given the price point, it’s not a bad purchase, but on the play side it can feel a little unfulfilling with nobody to face off against. 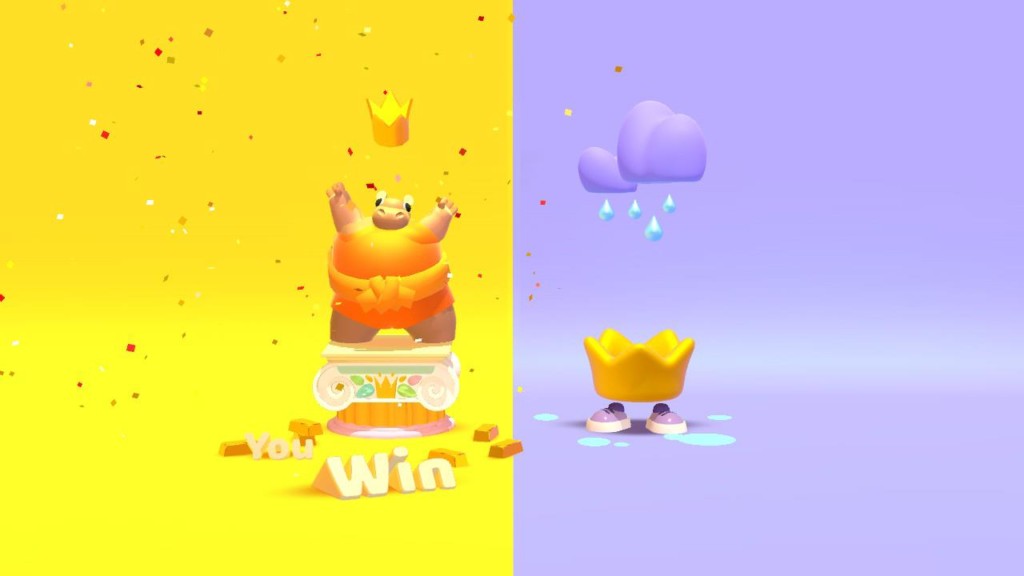 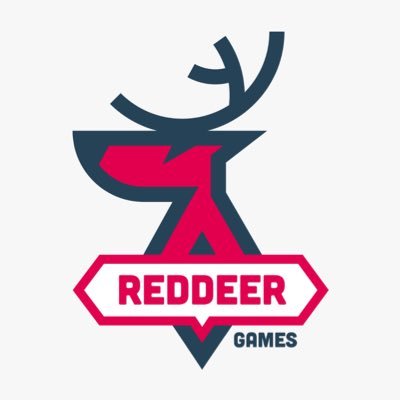