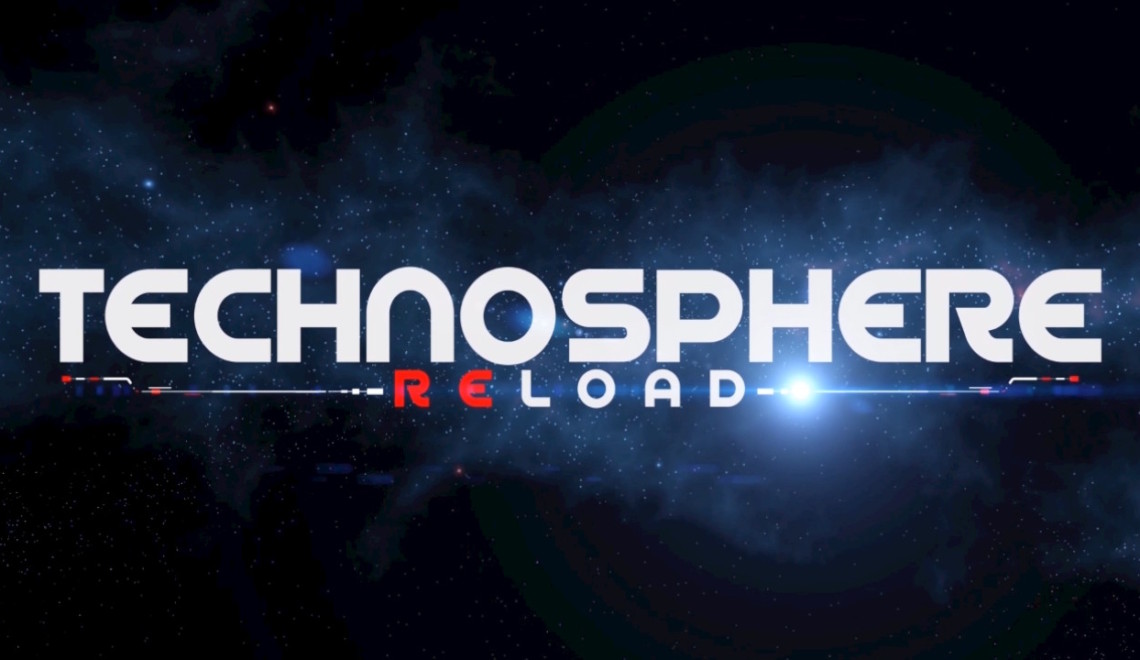 Though I know it has its diehard fans, I never really found myself interested in Marble Madness. I know it was a big game for the Atari, and it has inspired a few games I really enjoyed (2018’s Marble It Up! comes to mind most readily), but it is not a game type that frequently catches my eye. Today’s game, Technosphere Reload for the Nintendo Switch, is Adaptive Game’s attempt to create a modern take on the genre. It’s a solidly-designed game, technically speaking, which is always a relief, but sadly after that I didn’t really find a whole lot to keep me engaged with the experience.

The game starts off with an interesting premise; an asteroid near earth has been knocked out of orbit, and only the Technosphere present in the asteroid’s mines can restore that orbit and save the earth. The asteroid will crash into earth in ten hours; and so you (as the Technosphere, naturally) have ten hours to beat the game. Right off the bat, it’s a pretty cool premise integrated into the game in a neat way. The game timer creates a sense of urgency for the game; since I didn’t know how long the game would be from the beginning it made me rush a little more than I normally would have. Of course, this led to a lot of unnecessary deaths as well, but hey, you can’t save an earth without utterly failing to save it a few dozen times first, right?

The gameplay concept is fairly simple; guide the Technosphere along its tracks to finally make it to the asteroid’s core. Along the way players will encounter obstacles like gates, bottomless pits, lasers, pistons that try to push them off the track, and much, much larger bottomless pits. To pass these obstacles, players can jump, brake, and use a power dash or defensive pulse as long as they have a battery charge. Players will need to keep an eye on their energon levels – running out of energon means running out of fuel, which means the end of that particular life. Extra energon, extra lives, and extra batteries are scattered throughout the game’s levels which can be collected simply by rolling over them. There are also fairly frequent checkpoints throughout the game’s levels, which means there is never a ton of backtracking required if you hit a difficult sequence.

While the gameplay is fairly simple to understand and the difficulty curve is fairly natural, the main issue with the game is that the early game is too slow-paced; I simply lost interest in the game very quickly. I’m not sure I would have stuck with it for more than the first thirty minutes if I wasn’t reviewing it. You can, eventually, get some upgrades for the Technosphere that alleviate this issue, but that doesn’t really help you at all in the game’s early goings. But the big issue is the game’s frequent use of “limited mode” gates. Limited mode disables your Technosphere’s ability to jump and brake. I actually missed the brake less than I missed the ability to jump, but the question remains: why even give you an ability if you can’t use it for half the game? Managing the Technosphere’s momentum with only the directional stick actually added a little to the game’s challenge, but losing the ability to jump only added frustration.

As much as I was disappointed with the gameplay, Technosphere Reload actually looks pretty good. The 3D graphics are sharp and clean, if a little dark at times. There were some times where I lost track of the track because the setting was too dark, which led to some untimely pitfalls. Overall, however, this is a very attractive game. The electronic soundtrack fit the sci-fi elements of the story and setting very well; the music was tense without being distracting. It emphasized both the thoughtfulness required to plan out your route while also playing to the urgency of the game’s time limit.

As far as rolling games go, I’ve never counted myself a fan of many. I liked Marble It Up!, mainly because its furiously fast pace and relatively short levels kept things fresh throughout. Technosphere Reload has some merits; it is well-designed to gradually increase in difficulty, the graphics look great, and it has a very cool method of integrating its story into the gameplay via the running doomsday timer. Unfortunately, the game was just too slow-paced to retain my interest and the game constantly frustrated me by removing the jump ability, which further restricted the game’s already slow pace. With a little rebalancing maybe it could be more fun, but as it sits I simply did not enjoy playing Technosphere Reload.