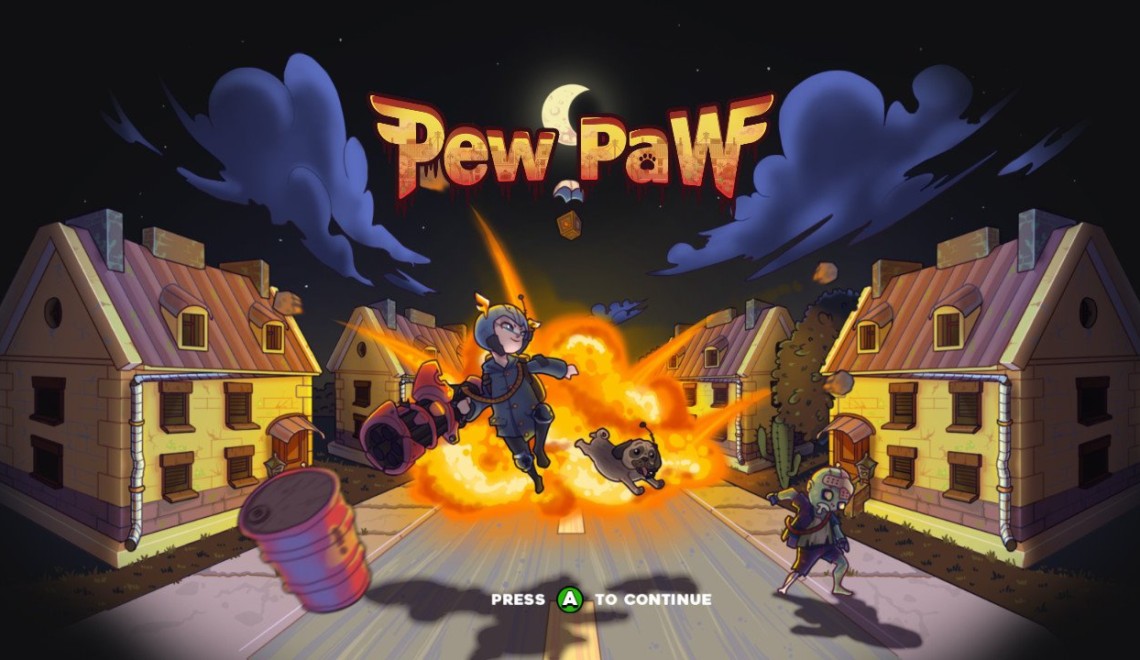 Whether it’s movies and TV shows, books, or video games, one setting we’re all too familiar with is the zombie apocalypse. It’s a thing of fantasy that has grown in popularity since it’s conception. And with the massive reception of love that it gets, it’s clear this genre is going nowhere. Or rather, it’s going many places, such as the cute little corner it visits in Pew Paw on the Nintendo Switch.

In this instance of the end of the world, the last two survivors are you and your trusty doggo. If you wanna get picky, you have a one-and-only machine gun that also helps keep you alive, so together the three of you are trying to make sure that your survival continues.

Brought to you in the style of a twin-stick shooter, it’s very relevant that we count your gun as a third entry in your small triangle of friends. Why? This gun is the only one you’ll get throughout the game. So instead of a wide arsenal of tons of guns, you’ll instead need to focus your efforts on finding and earning upgrades to improve your guns accuracy, damage, and fire rate, as well as your chance of continued survival. 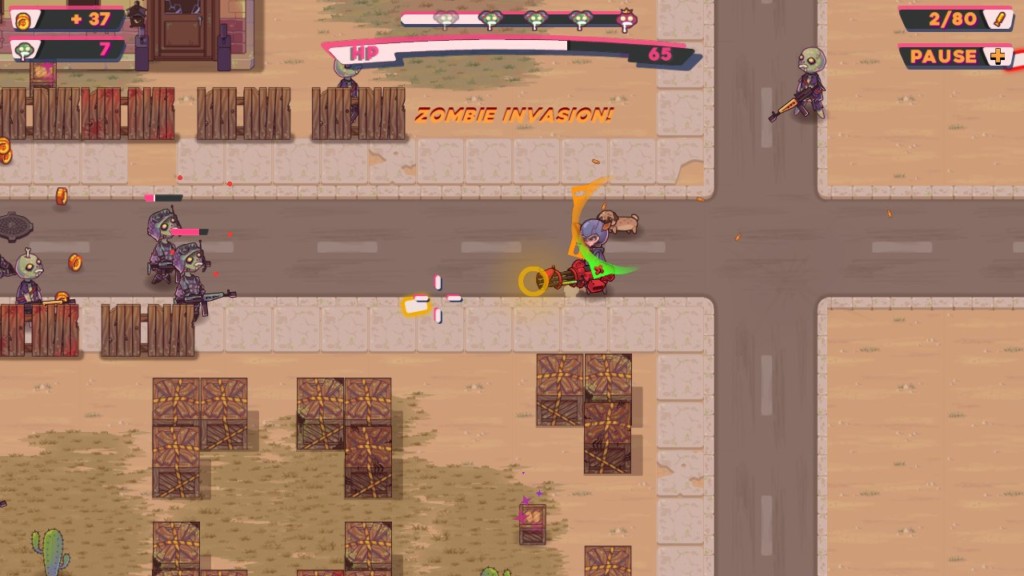 You’re given a handful of maps to experience through the game, all of which are randomly generated each time you play. This means the layout will always be different, but also the enemies that appear on it will too. Initially though you’ll only have access to a single map, so you’ll need to work on earning some levels to see the others.

Enemies come out in waves, and you’re given a handy counter that tells you how many are left on your current wave. These guys come in a few different forms, but no matter which they’re coming after you. Some will fire rockets at you, others will try and be sneaky and place mines around. You’ll even deal with some that explode once you kill them, so distance will be key at the right times. 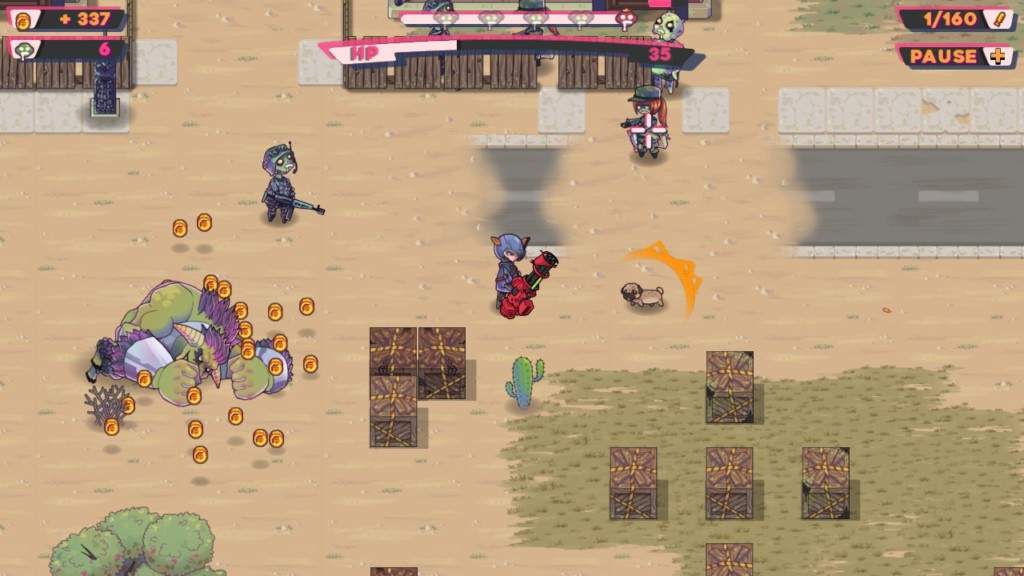 After getting through all your waves, you’ll deal with the map’s boss. These guys are huge, and are not to be taken lightly. Each one has a massive health bar that will look like it’s barely going down as you chip away with your early-game weapon. To make matters even more fun [read : difficult], there will still be another wave of zombies to fight at the same time as the boss.

What makes Pew Paw a little unique is your four-legged companion. Your dog provides you with directional markers that are stylized to some items you’ll be able to pick up and deal with on the map. These include markers aimed at the zombies you need to kill, ammo boxes you can pick up, and even health packages if you’ve taken some hits. It’s a nice feature, since it gives you a heading to go after if you need some bullets or health, instead of wandering aimlessly hoping to find some. It’s also a nice confirmation when these items do exist in the world without leaving you feeling hopeless.

The gameplay in this one is a lot of fun, but the one thing that slows it down for me is the map variety. There isn’t much. In total, you have four maps, each of which are rank-locked. On top of that, these maps also have alternate night time versions, but they’re also rank-locked. It’s a good thing that the maps are randomly generated so you’re not playing the exact same thing repeatedly, but it only salvages so much. Again though, it’s the only flaw in a very fun and easy to play game. So if you can get used to the limited aesthetic of the stages, you will absolutely love playing Pew Paw. 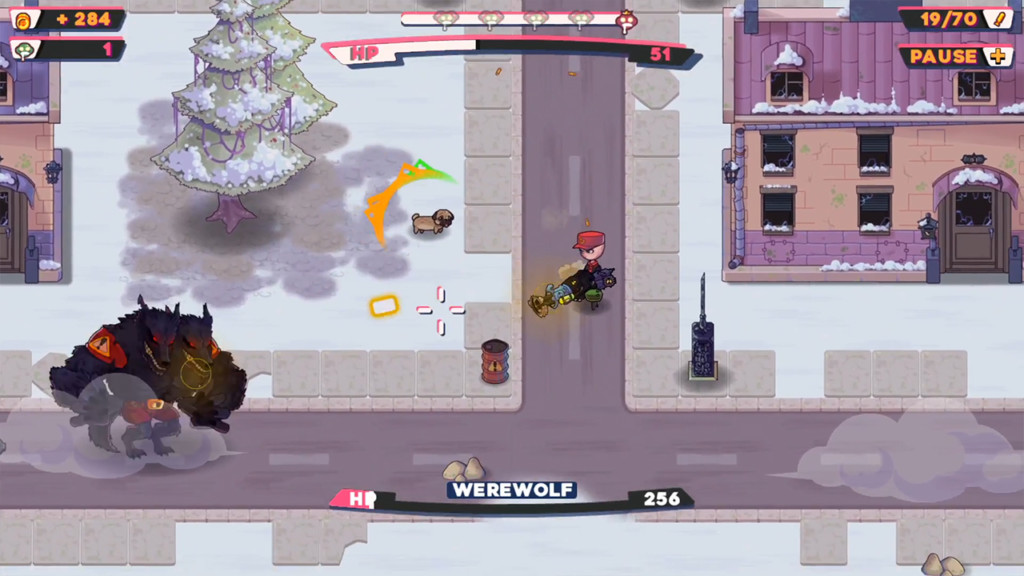 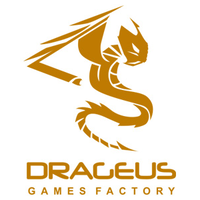