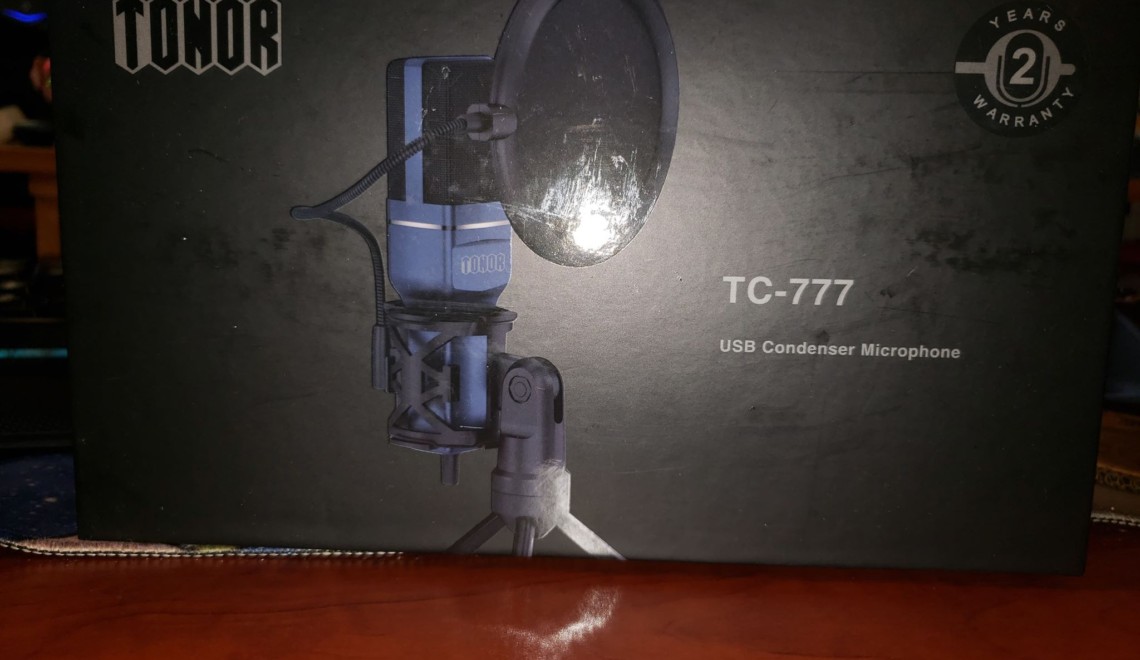 Before we dive into it though, I would like to thank Tonor for providing us with this microphone for the purpose of reviewing. I’m not a big audio guy so I won’t be diving too in-depth into the microphone but I will provide you with details on what and how I used it, as well as comparing it to the microphone I’ve been using in my setup for some time now. 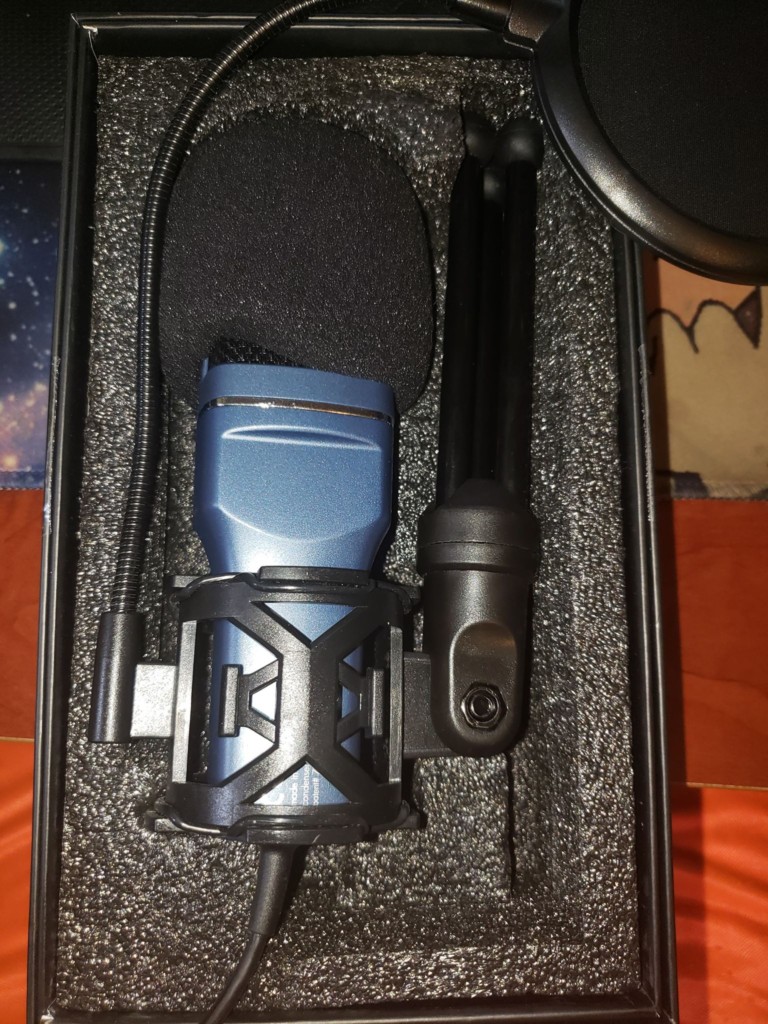 Naturally, the first thing you gotta do is take the microphone and all it’s pieces out of the box, dig around for the instruction booklet and navigate how to set the thing up. It’s a semi-long arduous process that can involve quite a handful of steps before you even get to the point where you’re leaning in saying “Check” to test your settings.
Thankfully, all of that can be skipped if you’ve selected this as your mic. Everything comes neatly packaged, and 99% assembled and ready to be plugged in. I say 99% because the only thing that isn’t connected is the small pop filter, so from start to finish your entire assembly time is a matter of how long it takes you to screw the filter in. This includes the mic already being attached to the small tri-fold stand, and your cable being ready to put into a USB slot, and the drivers automatically installed. 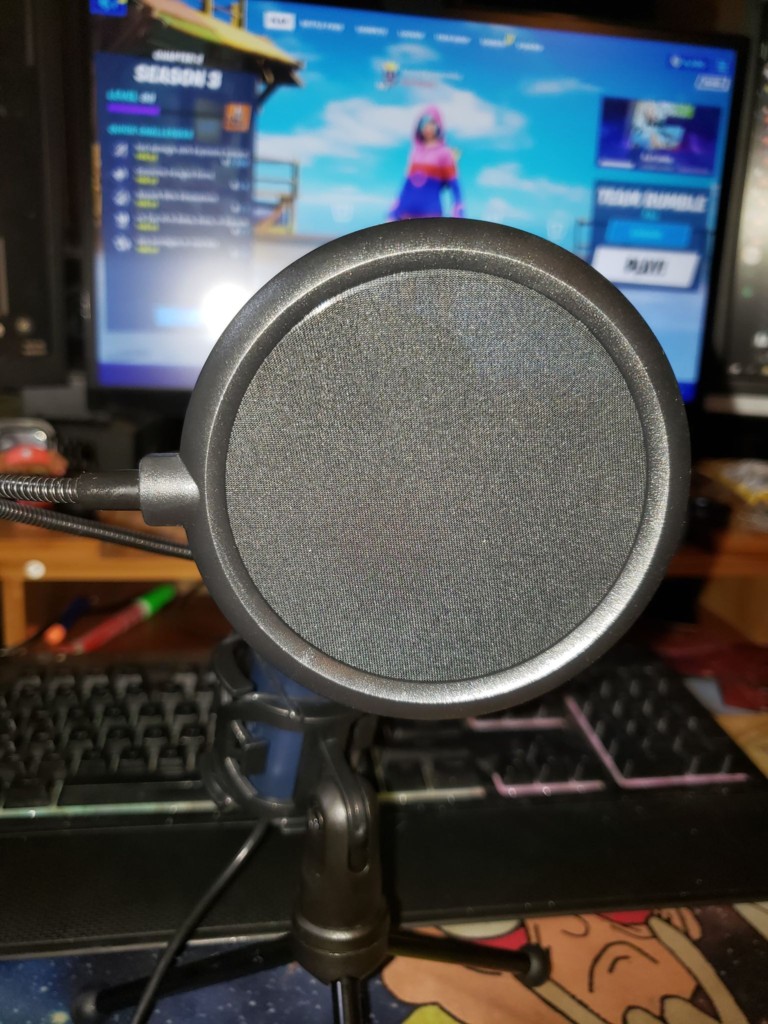 Like I mentioned above, I’m not a big microphone or audio guy. My knowledge on most technological things comes down to what I consider basic-plus. I know enough to make the things work for me, and then some additional knowledge that’s usually gained by when things need to be tweaked or repaired. So it was a nice treat to be able to just plug this one in and just get right into messing with it.
Going in, I was already comparing it with the microphone I’d been using all along. I had so many issues with it, albeit minor and easily fixed ones, but issues nonetheless. So I was worried about running into these again. To my delight, I did not. The stand that comes with the TC-777 is a lot smaller than the one I had with my stream mic, so I was also worried that it wouldn’t pick me up being so much further away from my mouth.
The first thing I did was record a few quick test videos. I’d had plenty of experience hearing myself previously, watching back my streams, recordings for YouTube, both involving sections of me talking just by myself or concurrent with gameplay. So I replicated these scenarios to see how they’d compare. One thing became very clear the second I started watching the first test back : the TC-777 was a lot more sensitive than my other mic. 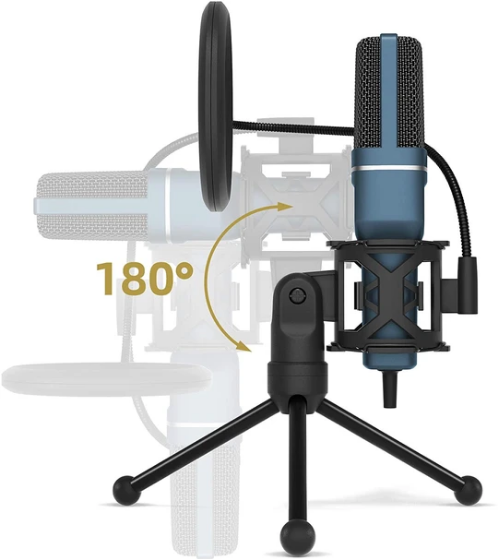 The sensitivity of this mic was a good thing overall, but for me personally it wasn’t so much. At least not currently. It was great that it picked me up so easily, as this made me feel I could be a bit more relaxed with how I sit while recording or streaming. But, there were a few factors in this that turned me off from using the mic as a permanent replacement, again, at least not currently.
For starters, I don’t typically wear a headset when I’m gaming. I am a parent and have two children under the age of 4 to worry about. So if I’m gaming during the daytime, I need to make sure I can respond to anything they need, as well as at night if there are any sleep-related emergencies. And since wearing a headset would hinder all of these potential problems, I game using the speakers off my computer. With how much more sensitive the mic is, these sounds were being picked up, as well as the clacking when I used my keyboard.
To top it off though, where I live is currently in the middle of summer, and it can get pretty warm here. I have mentioned a bit in the past, but I get pretty bad heat sickness too, which means if I can have a fan pointed at me to keep cool (and sane) I will have a fan pointed at me. The downside of this is that the fan blowing at me means it’s blowing at the mic too. But, this is all the reasoning behind my “not currently” factor.
I do love the microphone and I do fully intend to use it. If not as a full replacement, it will absolutely be locked in as my recording mic for my YouTube content. I love the freedom it affords me in my movement at my desk, and while I wasn’t completely happy with the initial tone of my voice from the mic, this is easily remedied with a new learning experience on adjusting the sound quality. As for my “not currently” decision, once I can put away the fan and not feel like smoldering death, this will be a great microphone for me to use. The “worst” thing for me personally will be needing to use a headset instead of the PC speakers but with my kids growing older and little more independent, this is easily accomplished. 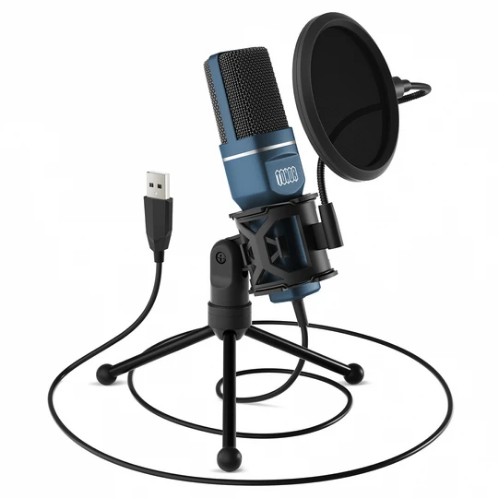 Again, I’m not someone that is big on the inner workings of things like this. So before I even received the microphone I looked at it’s reviews on Amazon and YouTube just to see how well it performed, and what I might need to expect in terms of software tweaking. In doing so, I got to see some of the higher end things that this mic is capable of, so I can definitely say that if you’re looking for a microphone for any stage of your career, the Tonor TC-777 would not be a bad choice at all.
I won’t try and speak towards the high end things, but anyone starting off and in need of a mic, or in a more “middle” area like me where you have just enough knowledge to use it and use it right, this will certainly cover everything you need. For starters, you literally just need to buy this microphone. No hunting down other cables, no finding the right stand or even a pop filter. It’s all right here and ready to go.
Even if you’re looking to use this as a replacement, the microphone itself can be detached and placed on to your current stand. I ultimately don’t see how you could go wrong at all with using this mic, and if you’re looking to get involved with streaming or recording in any sense, I can’t recommend the Tonor TC-777 more.
If you do pick up the microphone, be sure to do so below at Amazon, or check out their direct product page as well.

Pick up the mic here :