Ron Perlman has had a career of playing with fire. In West of Dead he acts as the voice and narrator of the game’s burning man, William Mason. Mason’s journey begins in desolate looking tunnel surroundings. As he winds and twists his way through the dark shafts, he fights off demons and ghouls with limited weapons. The introduction leads him straight in the path of a monstrous creature that overpowers him, opening the title screen. Returning to the game, William Mason awakens in a Saloon where he is told by the mysterious bartender that he is in Purgatory.

Selecting “New Run” set me on my way. As I exited the saloon, I was offered two random guns. The runs through the dark are randomly generated, but started to feel familiar to me as I negotiated my way through each level. Lights hanging from the ceiling can be used to brighten your location, stunning enemies. Used defensively, it provided me time to protect myself by crouching behind multiple styles of cover. Combining this with the twin stick aiming, delivered a fun and challenging experience. Various revolvers, pistols, rifles and shotguns are available and each impact the aim. You start the game in the Crypt and as expected the catacombs are filled with urns, and coffins. The Bayou pits you against the Lizardmen. They use the swamp water to hide. When you enter their vicinity, they will leap from the water to attack. If ignored, they swim through the room destroying your available cover. While in the level the Town, an interesting and small detail was added, albeit annoying. Unseen enemies from windows in the room will target you and attack you while you focus on trying to survive. This was important because it only added to the ambience of this western world. The game offers a variety of locations and based on each of those locations, the habitat changes along with the enemies and how they respond to your presence.

Every enemy defeated drops iron, with a chance to drop “Sin”. Iron can be used to purchase random weapon and abilities from a trader for various amounts when located in each level. The “Sin” is traded to a Witch at the end of each level. Purging the “Sin” you collect provides more permanent upgrades, like giving you a larger health flask, or providing a shield buff. Health potions are randomly placed as well and while they aren’t especially rare, they are not provided in abundance. Weapon and ability upgrades are placed at random through the level, allowing more customization. Ability upgrades, for instance throwing knives, or melee weapons can be found and used to knock back enemies, a lantern that can be used in lieu of lights in the room that stuns enemies, or a variety of charms are hidden throughout in chests. One of the best features in the game is the map. As you discover each area, everything discovered leaves it’s appropriate icon highlighted. This allows the player to return to that room if necessary to use or recover items left behind.

As a common trope to many roguelikes, the large downside to each level is death. Death doesn’t mean the end, as poignantly professed by William Mason. Death takes you back to the title screen, forcing you to once again start a new path. This places you in the saloon, at the beginning of the Purgatory maze. After the first death, you will notice that whatever iron and sin you have collected before death has been lost if not spent. However, as you are awarded different upgrades from unlocking them at the Witch, the ease of restart becomes less laborious. An added bonus, once a chapter is completed, and you die, you restart on the current chapter you are on. Preventing what could be an extremely tedious and unenjoyable experience.

Crow shrines are hidden in rooms and there are at least two in each level. Each one provides one upgrade point with three different options. Selecting Toughness raises health and melee damage, choosing Perception gives a bonus to your firearms, and if you select Resourcefulness you raise the effectiveness of abilities and items. These enhancements allows a chance of longer survivability. Unfortunately at death, these enhancements reset. There are a few different types of enemies that could be considered mini-bosses. I won’t spoil them for anyone, but they are effective at their job which is to aggravate and deter your progress. Each of them have different abilities, and you will have to learn how to appropriately handle each if you want to continue the voyage “west”. Each chapter has a final boss. These bosses drop runes. Once acquired the runes provide a skill that you keep throughout the game and allows the player to unlock more paths that normally are not accessible.

Even in the darker tones the art is exceptionally done and reminiscent of the style of Comic artist and writer Mike Mignola. While it appears that the art style is meant to keep a player on edge or uncomfortable, I enjoyed the cell shaded atmosphere. It gave me the sense of moving through pages of a graphic novel. The music is evocative of classic westerns. The inspirations used to tell the story are driven by exquisite instrumental riffs. The soundtrack for West of Dead has notably become a favorite of mine.

The game stands out in the vast library of “roguelikes”. Using both joy-sticks to aim and fire can be frustrating and may even seem to be a deterrent for anyone looking for a quick and easy game. Scouting through levels did have a risk of feeling repetitive, however the dimmed environment helped to remedy that for me. I’ll add that I had some difficulty playing the game in handheld mode through a few of the zones due to the darker tones, but this is a minor complaint and something I grew more used to as I dredged through each level. For those that prefer challenges, West of Dead has plenty to offer. This little indie made a big impression and it is one that I recommend you try. 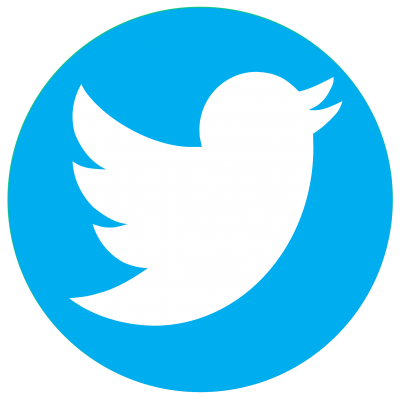