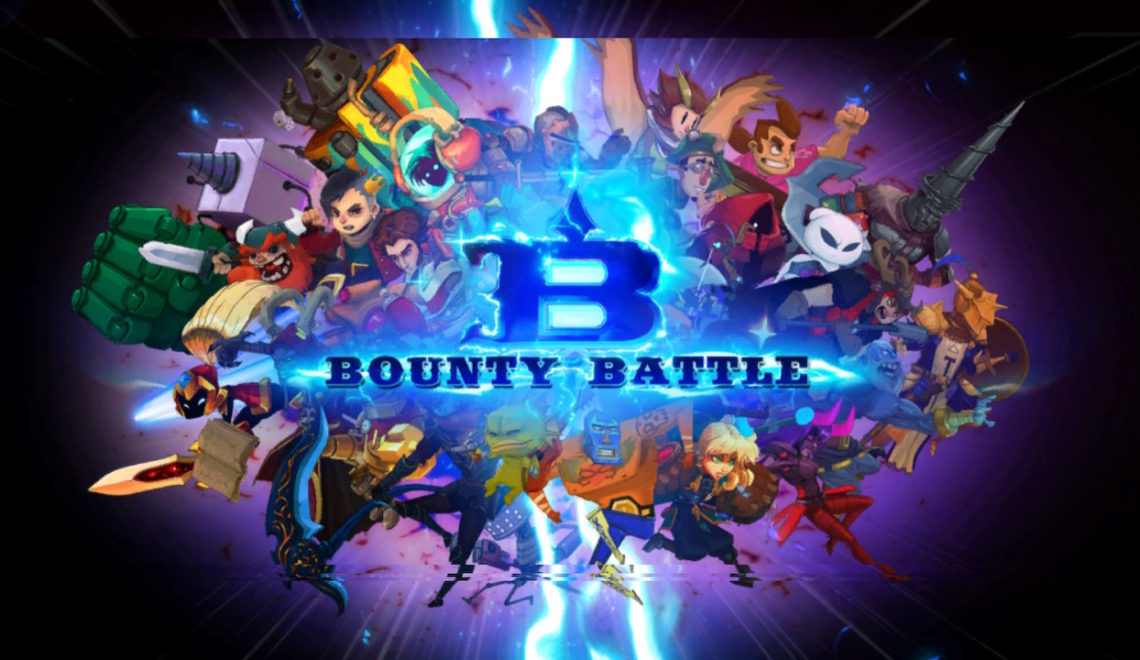 A four-way melee fighting game is always going to draw comparisons to the granddaddy of the genre, Super Smash Bros. And on paper, Bounty Battle for the Nintendo Switch looks like it could have what it takes to compete in the space. The game boasts a deep roster of characters, featuring a nice mix of original fighters and indie favorites. To cherry pick some bigger names, we’ve got the Prisoner from Dead Cells, Juan Aguacate from Guacamelee!, and, my personal favorite, Gully from Battle Chasers: Nightwar. I adored that comic back in the day. Shame Joe Mad apparently decided not to finish it. I’m not bitter. Anyway, all of these characters are rendered in a pretty cool graphical style that sort of reminds me of a Vanillaware game – though not quite as detailed. So in theory, you’re off to a great start. But once you experience the game in practice? Well… that’s not such a rosy comparison.

I suppose the simplicity of Bounty Battle’s fighting system could be seen as a positive in the abstract. Each character has five attacks; a heavy attack with some invicibility frames, a quick attack that chains easily but does less damage, a throw, a special attack performed by hitting the quick and heavy attack buttons together, and an ultimate attack. Those last two require some energy from your energy meter to perform, but you can fill that pretty easily. You can’t block, but you can jump or roll to dodge if you’re fast enough. So, once again, in theory you’ve got a simple to understand system that could lend itself to some pretty intense four-way battles if implemented properly. In action, however, the game just feels dull, repetitive, and a little imbalanced.

The game clearly wants you to vary your attacks and make use of frequent invincibility frames to build a strategy for success. You can’t quite get there, however, and I think it all stems from the game not having a block button. You don’t really need to hit other buttons; spamming the quick attack button basically let you dominate the game if you strike first and get the other guy in a corner or on a ledge. Rolling is supposed to roll through attacks, but it doesn’t seem like it always does, especially against characters with ranged attacks. Further, the state of affairs heavily favors characters with faster attack speeds or ranged attacks, as they can just stand back and spam attacks with consistently effective results.

Complicating this is the fact that the controls are fairly unresponsive and certain actions feel inconsistent. Actions as simple as turning to face your opponent and attacking can be an adventure, as the game often feels like it doesn’t read directional inputs at all. So, if an AI opponent rolls behind you, what should be a fluid movement of hitting the thumbstick and hitting the attack button to start your counter often turns into a constantly frustrating scenario where your character simply stays faced in the wrong direction and takes a swing at empty air.

Bounty Battle takes its name from the bounty system that accompanies its gameplay. Every time one player successfully lands an attack, knocks out another player, or executes a combo, they get some coins and their bounty goes up. The bounty is always focused on whatever player is in the lead; whoever is doing the most damage or has the most KOs. Whoever takes out the bounty character gets the coins in the bounty pool. Coins are spent to summon a partner character, which seems like a cool idea at first. Partners basically just follow you around and occasionally hit something, which sometimes actually becomes a problem.

If the partner has a knockback on the attack, it can knock an opponent away from you in the middle of a combo, which can sometimes allow an enemy to escape when you’ve got them in what is basically an infinite quick attack combo. Enemy partners can also break your combos and allow your opponents to catch you in what is basically an infinite quick attack combo. The big problem with coins and bounties is that coins can only be spent on partners. If you have a partner summoned, they serve no purpose. Claiming the bounty means nothing at that point, and as I’ve already outlined, summoning a partner isn’t even necessarily an advantage. It leaves the whole concept of coins and bounties feeling like an undercooked idea.

Bounty Battle lacks any sort of story mode, which, with a thirty-character roster I can understand. But the modes it does have leave something to be desired. It’s got both a tutorial and practice mode, which is nice in more complicated games but feels a little redundant here. Everyone has basically the same move list, although the execution is varied enough that I guess a practice mode is warranted just to see what each of the characters do for their various attacks. The first of the two single player modes is challenge, which is just an endless string of one-on-one fights against enemies that keep getting stronger while your handicap grows.

The second single-player mode is tournament, which sees each of the game’s thirty characters face a series of five challenges to unlock new skins. I found this to be the most substantive game mode because it had more tangible rewards and the missions were a little varied, but even then it didn’t really go far enough. First of all, you can’t choose the order in which you tackle the various characters’ missions; you have to follow a preset order. So, if you want to unlock, say, Gully’s alternate skins, you’ve got to play through half the other roster first. Second, every character faces the same five challenges, so the mission variety is limited in that respect.

Versus mode is basically a free battle mode. You have the option to play it against bots, but it is also the game’s multiplayer mode. Bounty Battle supports up to four players, but the multiplayer is limited to local only. It’s nice to have the option to have a battle royale against a bunch of bots, but it doesn’t feel like it really adds a lot of value to the game unless you have a group of friends to play with and none of you have a copy of Smash.

I See the Battle, But Don’t See The Bounty

Ultimately, Bounty Battle consists of a lot of cool ideas saddled with lackluster execution. Every character basically plays the same, and there is a definite, huge advantage to characters with fast or ranged attacks, exacerbated by the lack of blocking and inconsistent dodging mechanics. The coin system lacks depth and, frequently, any real purpose. The limited number of game modes and lack of online multiplayer hurt its replayability as well. So, despite a great roster, some pretty neat graphics, and a pretty darn killer soundtrack, Bounty Battle just falls flat in every area of gameplay.