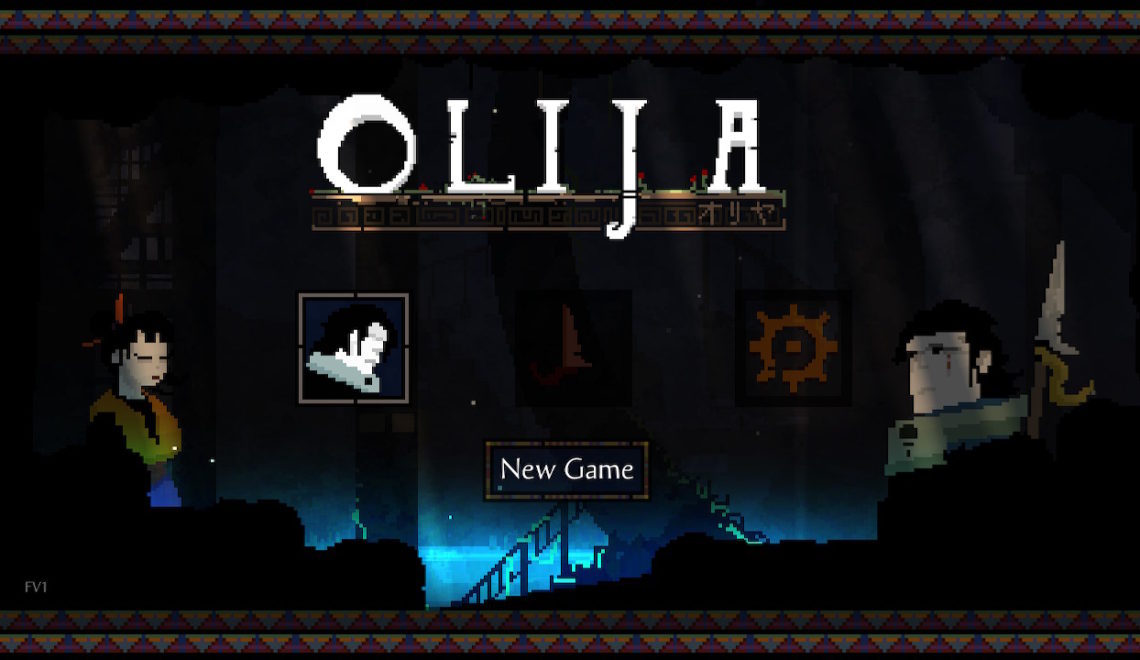 I’ve made no secret of my love for games that marry a gorgeous, retro, pixel art aesthetic to smooth, modern gameplay. Today’s game, Olija for the Nintendo Switch, feeds that obsession marvelously. It looks like it could have been a lost MS-DOS classic, but plays as smoothly and responsively as any game released in the last year. Together with the somewhat sparse but nonetheless engaging story, developers Skeleton Crew Studios have found themselves the perfect formula for a must-play game.

Be Lord Faraday For a Day

With his domain left penniless by unforgiving seas bereft of their past bounty, Lord Faraday sets off in search of riches to turn his people’s fortunes around. When his ship is wrecked by a storm/whale combo, he finds himself washed up in the mysterious kingdom of Terraphage. After finding a magical harpoon and freeing the mysterious princess Olija, Faraday finds himself caught up in the business of rescuing his fellow castaways, fighting the ancient evils that plague Terraphage, and making magic hats. Exploring the many islands that make up Terraphage, players control Faraday during his long journey home. The story is told through direct, unadorned writing that ably matches the bleakness of the game’s setting and Faraday’s situation. While the narrative is not overly complex and the characters not especially deep, the story is nonetheless gripping and compliments the gameplay well.

He’s Not a Whaler on the Moon, But He Carries a Harpoon

The action in Olija fits neatly into the traditional side-scrolling action-platformer mold. You can run and jump around the screen, attacking with either your main weapon – the aforementioned harpoon – or one of the game’s four sub weapons. The harpoon is the focus of the game’s most original and interesting game mechanic. It can be thrown at enemies and certain interactive objects and grants Faraday the ability to dash to it. Harpoon-dashing across chasms and through different levels is the main form of platforming puzzle in the game. It’s both fun and intuitive; it took me hardly any time to get the rhythm of dashing through multiple obstacles down. It also makes for a unique and outstanding signature visual effect.

Send in the Subs

Each of the sub weapons have different uses and adds a different element of strategy to the game. The rapier is a slightly more powerful melee weapon, and can be used to cut the ropes of prisoner cages. The crossbow is a long-range weapon – though with limited ammo –  while the shotgun is also a ranged weapon, albeit more powerful and with a spread. But it also has even less ammo. Finally, the Moonblade can be swung, but it can also be planted in the ground and Faraday can dash back to it, much like the harpoon. It’s pretty much only useful for making dash-platforming puzzles more complicated, but that’s not at all a bad thing. You’ll only ever be required to use the rapier and Moonblade to finish the game, but the crossbow and shotgun make some of the boss fights – particularly the final boss – way easier.

It’s Not Quite Gilligan’s Island, But It’ll Do

Between levels, Faraday returns to the castaway’s island where you can heal, gather resources, and make hats. Using crystals gathered in Faraday’s journeys, you can refill and upgrade the health bar and send castaways off to find crafting items. Eventually, you can also craft cartridges for the shotgun. Most importantly, using items collected during combat or via castaway expeditions, you can enter the Hat Maker’s boat and make hats. There are seven hats in all, each of which grants you a special ability that activates whenever you fill the special bar. You can steal health from enemies, launch a wave of spikes, or shoot pools of acid, just to name a few wonderful abilities.

I said in the open that Olija looks good, and I stand by that here in the section about the game’s art direction. The pixel art graphics maximize the potential of the 8-bit aesthetic while smoothly operating at a modern framerate. Olija combines lushly-detailed backgrounds, smooth character sprite animation, and story cutscenes featuring gorgeously-rendered pixel art. The game’s Nintendo eShop page touts its “beautiful melancholic soundtrack inspired by Flamenco, lo-fi and traditional Japanese music.” I don’t know enough about music to say how accurate that is, but I do know for certain that it’s a damn fine soundtrack. It doesn’t sound like anything I remember hearing before, and I mean that in the best possible way.

Olija looked good to me when I first saw it hit our review queue, which isn’t uncommon. What is uncommon is how much this game exceeded my expectations. It’s so good that even though Faraday set off to kill whales for profit I can still wholeheartedly recommend it to anyone. It’s got an amazing soundtrack, beautiful graphics, an engaging story, and smooth, satisfying gameplay. I even got to make hats. It’s a little short, clocking in somewhere between four and five hours for me, but not wanting a game to end so quickly hardly seems like a fault. Olija is pretty thoroughly a winner.