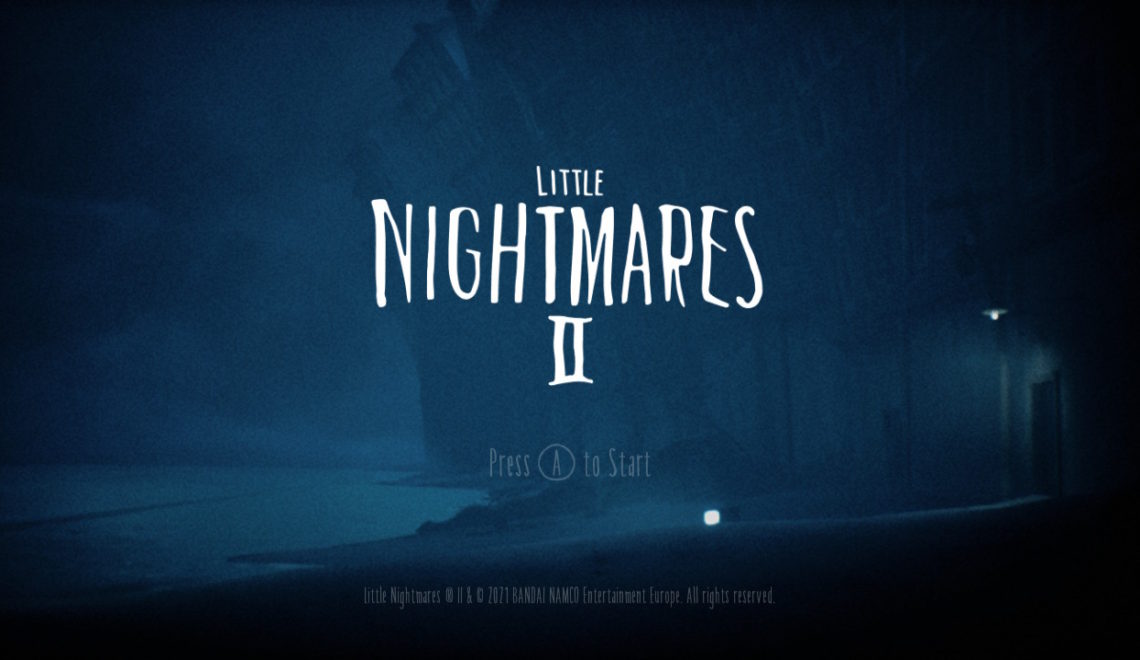 Following up to critically acclaimed games, especially the surprise new IPs that come from smaller developers can be hard. Little Nightmares was one of those games that was a critical darling coming from a developer who until then only worked on DLC and ports for other studios and IPs. Just shy of four years, we have a sequel, but does it disappoint? Or does it reach the surprising heights the original had.

Oozing with it’s creepy atmosphere, Little Nightmares 2 puts you right in the mood to be spooked. It’s dark, foggy, the sounds are all just enough to make players a bit uneasy. The sound design is fantastic, and especially powerful at a certain setpiece, I’d prefer not to spoil. I’ll say it involves a gun however.

There’s no dialogue. Yelps, cries, and calls are all you’ll get. The story is show, don’t tell. Quite often do games fail at doing this, either showing too much, or just being annoyingly vague. Little Nightmares 2 hits a nice middle ground, as long as you pay even a little bit of attention, you’ll get the gist of what’s going on. The game also teaches you what to do organically. No overt tutorials.

There’s action, but it’s mostly running away. A lot of cinematic platformers usually leave you helpless. For the most part, this is no different. You walk, run, jump, climb, slide, and duck down. You’ll be hiding a bit from these big, horrifying creatures, adults really. This is a good time to point out that deaths in the game are only temporary, but can be sharp, to the point, and at times shocking. What’s even a remotely horror themed game without eye opening death animations though?

Unlike the first game, you can defend yourself. Find something on the ground? Throw it as a distraction or to knock things over or around. Find a heavy object? Swing it to to smash something coming your way, or to destroy a weak wall. These feel slow and heavy enough to make it satisfying. I have such a pet peeve when games have heavy objects or weaponry and they just feel weightless and weak.

If one has an attentive eye, you’ll find things outside of just the story such as hats and shadow children. Hats are exactly what they sound like they do. It’s just a way to customize yourself. It’s cute, but not distracting enough to be jarring in the game’s otherwise dark mood. Shadow Children are something you’ll want to track down and find, but I won’t spoil why as to find out for yourself.

Despite being a 2.5-ish game, you can freely walk in a 3D area. This is often with reason, but somethings it’s just for set dressing and to truly show off how small you are, as a child. It feeds into this child-like feel, with horror of the vast and feeling microscopic in a world bigger than yourself. It’s almost nostalgic. It serves no real purpose, but having larger, or more filled up rooms is great, if only to keep the world from feeling empty. If there are people or creatures around, why shouldn’t the game accurately portray that?

This does lead into my biggest flaw with Little Nightmares however. I can only assume this is mostly Switch version centric, but the game is a bit blurry. This is most likely from having a lower resolution. I’ve played games like the Crash Bandicoot and Spyro ports, which are known to have lower resolutions, but they’re bright enough to where it is never an issue in motion. The bigger areas in Little Nightmares 2 can be an issue the further back into the area or screen you go, with it being incredibly hard to see clearly. The area outside of the school being the biggest perpetrator. Thankfully, this isn’t a looming threat. The game does seem a bit blurry all throughout, but it’s most benign.

Play Little Nightmares 2. If you can’t get over the lower resolution, play it on another console, but definitely play this game. It’s a good cinematic platformer in the first place, but the fact it’s a rare example of a genuine chilling game, makes it a bigger recommendation from me.