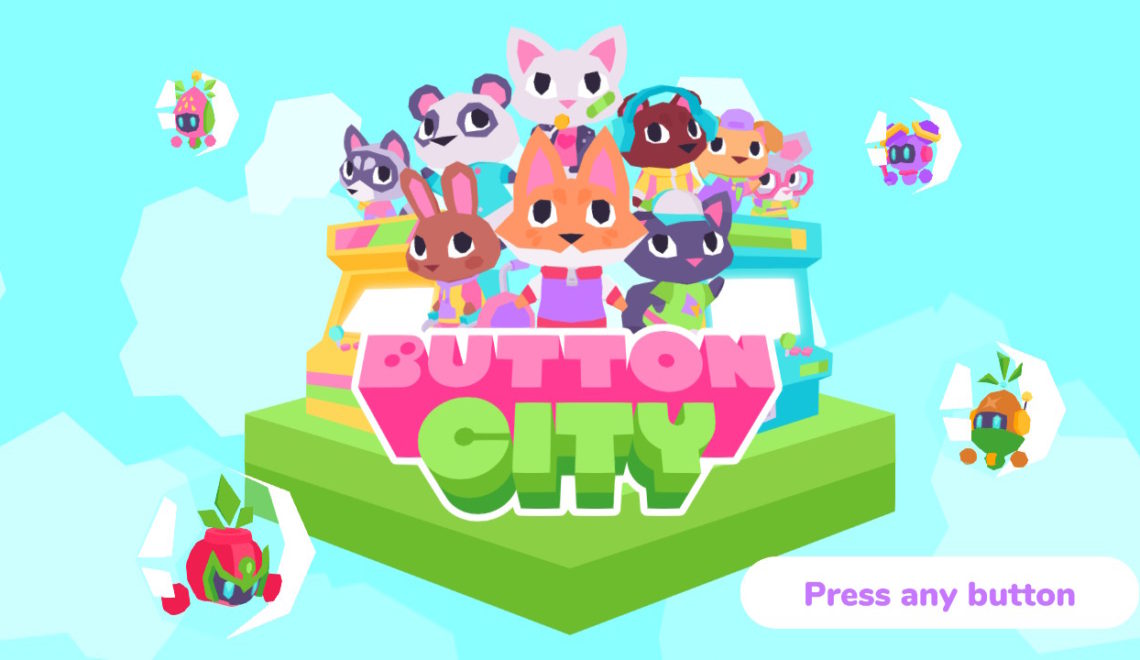 Fennel is new to town, his mom is sick of him just sitting around at home playing videogames. It’s time to make friends. They find out about an arcade while out doing errands for their mother and that’s when it all changes. Button City is like the coolest place on earth! The owner is nice, there’s lots of games, even if Fennel is bad a few of them, and new kids to meet and play with.

This leads them to get suckered into the newest craze of the arcade, Gobabots. Two teams of four, collect the fruit, and toss it in the blender. It’s all the kids talk about nowadays. They use their tokens at the arcade to buy more, or trade. Soon, something drastic happens and Fennel and their new friends need to stop it.

It’s rather hard to accurately describe what kind of game Button City is. It’s kind of a life sim with Fennel doing whatever, when they want to do it. But then the three arcade games are drastically different genres. An arcade racer, a DDR clone, and the previously mentioned Gobabots. Fennel outside of the arcade picks up trash or helps people with their own issues or whatever they can to befriend more people or be “cool”. It’s safe to say this is a childhood summer simulator.

This is reflected in Button City’s writing. Fennel and the other spice themed named animals you meet all act like kids. They respond like kids, they argue like kids. The writing is full of referential humor, including a show that’s a spoof of X Files and an old Mary Kate and Ashley song. Examining anything will have Fennel give their take on it, which is great and some times have multiple reactions. I love this, and the first thing I examined was a book, which has Fennel recite terrible, terrible jokes. And much like in real life, some of these kids can be real jerks.

While you can use winnings or your Buttons (the in game currency) on powerups in the form of food, I’d always much rather use it on stuff for my room or other clothing options. Blame games like Gen 2 Pokemon, but I’ll always love customizing rooms in videogames and that’s almost always an easy way to win me over.

Button City employs the use of low-poly models, which I absolutely adore. Animations aren’t really much that spectacular, but the facial animations are cute and they get used a lot. The music is fantastic though, I love all of the music I’ve heard in the game. It’s mostly a fun kind of beat, and the odd few songs that wouldn’t otherwise fit jump out even more because of it.

If I had one issue that I could never get used to, it’s how you examine items. You’ll always see a little icon to tell you if it’s possible, but you’ll need to be in the perfect position for some. And if you’re not, it just automatically will walk you around until it’s perfect and that doesn’t feel exactly good.

I’m glad that recently I’ve been exposed to more indie games especially ones like Button City. It’s the certain kind of fun game that is mellow enough, cute enough, colorful enough, that it just feels nice and relaxing to play. By the by, totally support subliminal on their Patreon! 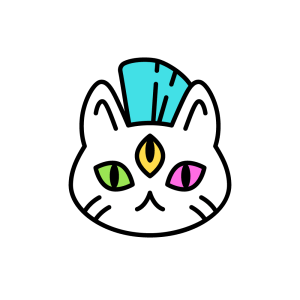 *Game Download Code was graciously supplied for the purpose of review