[Review] Sam and Max Beyond Time and Space – Nintendo Switch 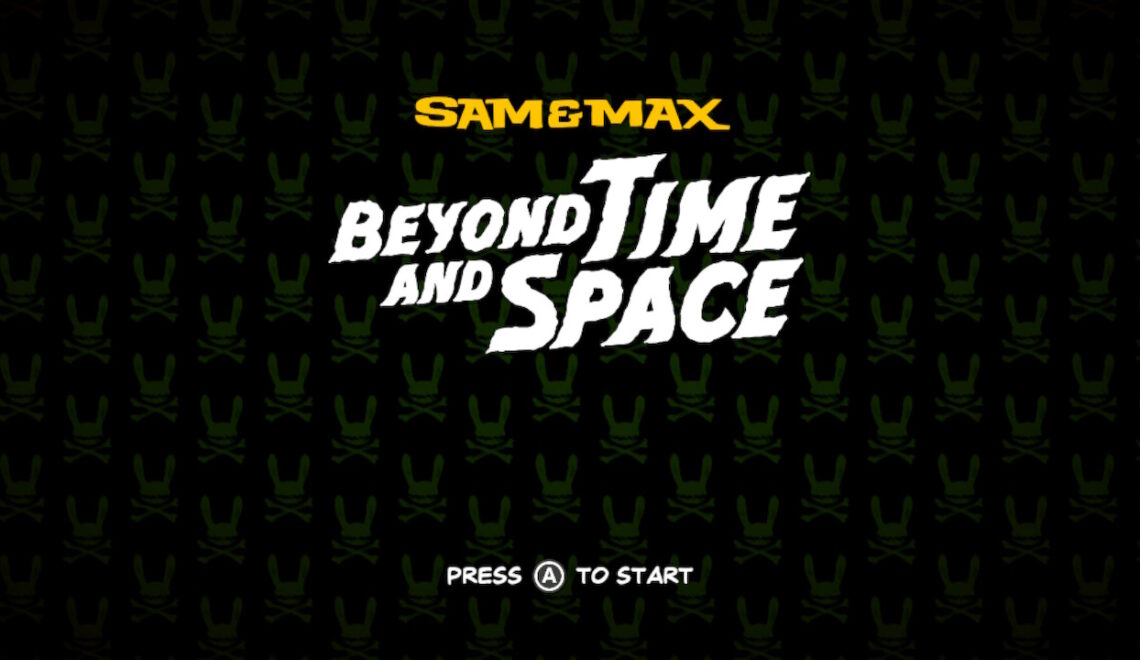 Last year around this time, the newly remastered Sam and Max Save the World was released. I loved it, even if despite improvements it still had those quirks native to adventure games. Sam and Max Beyond Time and Space, now also remastered is finally out, and…I feel exactly the same as I did last year.

While the gameplay as it’s core feels mostly the same, I’d say the key element of Sam and Max and well…most adventure games is the writing. The Sam and Max games, period have fantastic, hilarious writing. There is quite a bit of topical, reference heavy humor, but if you grew up or god forbid lived when these games came out, you’ll probably chuckle. I for one had a real good laugh at a joke in the intro about a VCR.

Being the second season of the Telltale Sam and Max games, characters from the first game will show up and plenty of references and jokes to and about the first season show up. That said, there are plenty of new characters, so it’s not *completely* an asset flip. That also said, it felt great throwing a bleached, piss soaked snowball at one of the Soda Poppers. Which makes for a good time to mention that the first Episode is a Christmas themed episode, just in time for it’s December release.

Lets make a quick synopsis for the first episode to get expectations in check. It starts with a giant song quoting robot destroying the street. After swiftly taking care of it, you are lead to the north pole, where it came from. Santa is shooting at everything though, we need to take care of that by collecting the 4 horsemen toys. This involves a few acts of trickery with the paranoid Bosco, running over some Torture Me Elmers, nearly forcing a down and out rat to suicide, and winning at trivia. This is all because Santa must be possessed, but all this ritual you started instead summons a ghastly, evil spirit. In order to send it back, you need yo do a few good deeds as per the Sprits (out of a bottle too) of Christmas Past, Present, and Future.

Much like last year’s excellent remaster, lets lay down what you should expect. Enhanced graphics and framerate are the most noticeable and something I am always welcoming to. It is absolutely night and day between the old look and new look, especially the lighting and shading. Character models in the game even have enhancements to look closer to concept art. Bosco’s voice over lines have once again been re-recorded by Ogie Banks to replace Joey Camen. Camen still voices Jimmy Two Teeth though, so don’t get it twisted about a man losing residuals or getting pushed out of work. I consider this like Grey Fox getting a new voice actor in The Twin Snakes, while Greg Eagles would still end up voicing the DARPA Chief. Also newly recorded is some music. It all sounds good.

So what else does this remaster bring to the table? A whole lot of accessibility updates! Did you really hate those minigames, or do you just want to do the adventure game puzzle solving? Well, just disable them, screw those minigames!…I like them though, so I keep them on. That said, minigames that involve aiming might seem tricky with the stick as opposed to a mouse or Wii remote like the original release. It’s something I almost immediately got used to it however.

Up next is photosensitivity and subtitle options, standard, much appreciated stuff. You can also fiddle with how often or how soon you’ll get hints if the game thinks you’re stuck. Not sure if I feel insulted when it gets to that point or not. Anything it takes to get people who can’t normally play these games as well to enjoy these games.

If you like Save the World, you’re gonna love Beyond Time and Space. If not, I’m not sure why you’re even reading this review. I loved StW, and I love BTaS. I cannot wait for The Devil’s Playhouse to get remastered, as I definitely have the most experience beforehand with that on PS3 and boyyyy that game ran poorly on PS3. StW got a physical release though Limited Run games and I’m certain BTaS will as well, so I’ll be sure to preorder that ASAP. Man, I could go for some Banang…