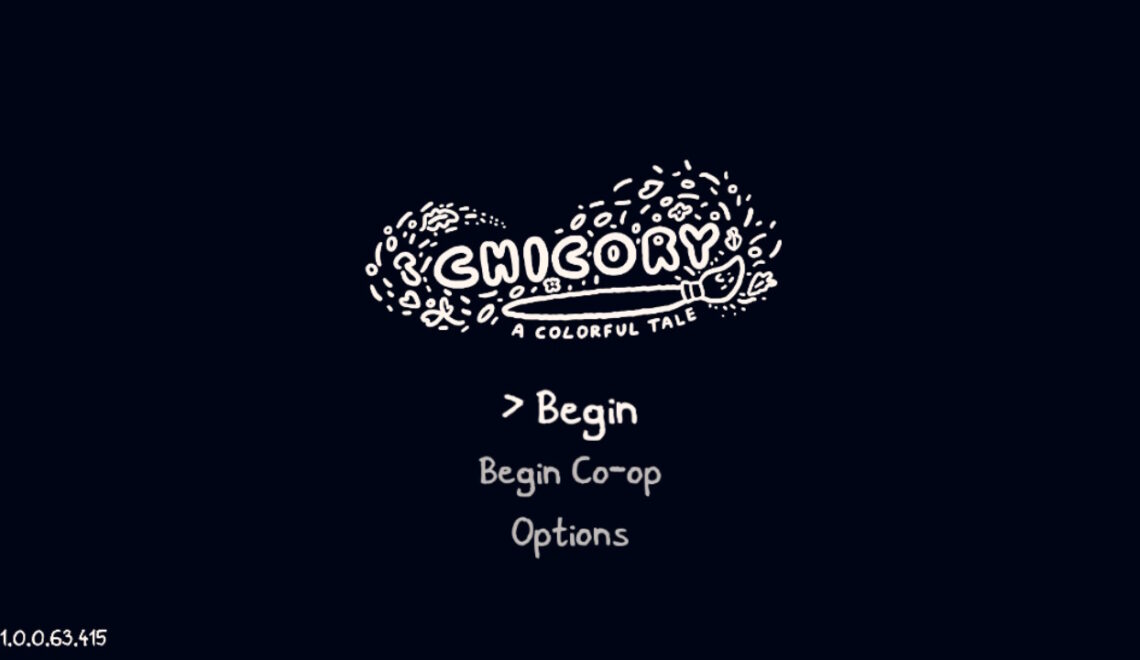 The Wielder holds the brush. The brush brings color and life to the world. You have the brush…but aren’t you just a janitor? Color has gone from the world, the previous Wielder, Chicory is nowhere to be found. Against your better judgement, you grab the brush, just to get things back to how they should be. Big shoes to fill, huh? I’m sure you’ll do fine.

Chicory has you in control of (INSERT FAVORITE FOOD HERE), they’re just a cleaner, they’re no artist, but when all of this craziness happens, they have no choice but to become one, the new Wielder. It’s kind of hard to really put down what kind of game Chicory is. First impressions make it seem like a Zelda game, but outside of the occasional boss fight, there is no combat. You paint. Sometimes just because, sometimes your coloring has other features. That big ball? Color it in and watch it POP! Maybe you need to color in some caves to light the way. Channel your inner squid kid and use paint to go inside of a drawn out path. You can even paint your own clothes, of which they allow you to wear what you what as long as you have it. They let you make your own shirt and you better make a good one.

There’s plenty of puzzles to solve, putting your painting…and paying attention skills to test. But if you want, the game isn’t shy about letting you know you can always look up the solution. This isn’t the kind of game that exists to push you or frustrate you, at all.

Do you like quirky animals with culinary themed names? You should, and Chicory is full of them. This is another way that I get those Zelda vibes. There’s lots of characters, big and small, and they all have their own personality, design. Sometimes they want something from you, like to find their kids…and maybe some randoms. Sometimes they want their house painted or even to teach you something.

My favorite might be a little hokey, but it’s your dad. Like Link’s Awakening, you can call on a phone to get help if you’re lost (great if you take a break for a bit). Your mom answers and she’s usually a bit more vague and wide reaching with her hints, but you see Dad’s paw trying to grab the phone. If you want to hear what he has to say, mom will hand the phone to him and his hints get a little less subtle. One of them directly said “If you just can’t figure it out, it’s ok to look it up online.” I mean, he’s done it before.

One thing I noticed and then felt completely awful about. Some characters will react to how you’re coloring or painting around in the environment. Man, that kid who spoke like they were texting drew a nice little picture on the ground after I let them borrow the brush…and I accidentally painted over it…

Chicory is an example in excellence in accessibility. Left or right handed, there’s options and even going into specific customization for both. Do the wet splat noises from painting gross you out? Just turn those off. Make the text to your liking. Do you want to skip bosses and make the entire game a non-violent affair? That’s fair, just paint in peace! There’s even an option to warn you if subject matter may get a tad heavy. Play how you want, play how you’re comfortable.

Chicory also has a bit of a co-op proponent to it. Color with your friends, though only one person controls your MC. It’s a little awkward, and I’m really not used to games where you point at the screen on Switch. I would have preferred a co-op function a bit more traditional and less like what Super Mario Galaxy did, but it works.

At it’s core, Chicory is more than just the cutesy coloring game. It’s about self doubt and the aspects around it. I’m sure everyone has had feelings like that before. Imposter syndrome is a big one. The feeling that despite being talented and being in a group with people also of talent, maybe some you admire…that you don’t belong. That you’re a fraud. I know I’ve battled those thoughts before. In my day job, with my writing. For the lead, it’s more about them doubting if they’re a worthy successor. For Chicory, it’s doubting if they were a worthy wielder at all in the first place. It’s big shoes to fill, but both of them are entirely worth the title. As is anyone with these kinds of doubts.

Chicory is a good, cute looking game. It can be as colorful as you want, but the black and white appearance the game is by default is boring. It has that comic/manga look, you can tell a lot of characters were designed to look good without color. On top of looking good, Chicory sounds good as well. Very much thanks to some great sound effects (especially those wet sounds you can disable) and fantastic music by Lena Raine. That last part should come as no surprise though, all of her work is fantastic.

Chicory is a game to experience. Whether it be on PC with a mouse, on Switch with the touch screen or joycon aiming, play it. If I had to think of one big flaw, it’d just be that as a leftie, it can be a little awkward. That aside, and for the 90% of right handed folk, play this game. 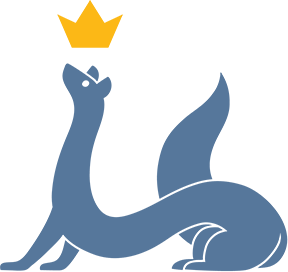