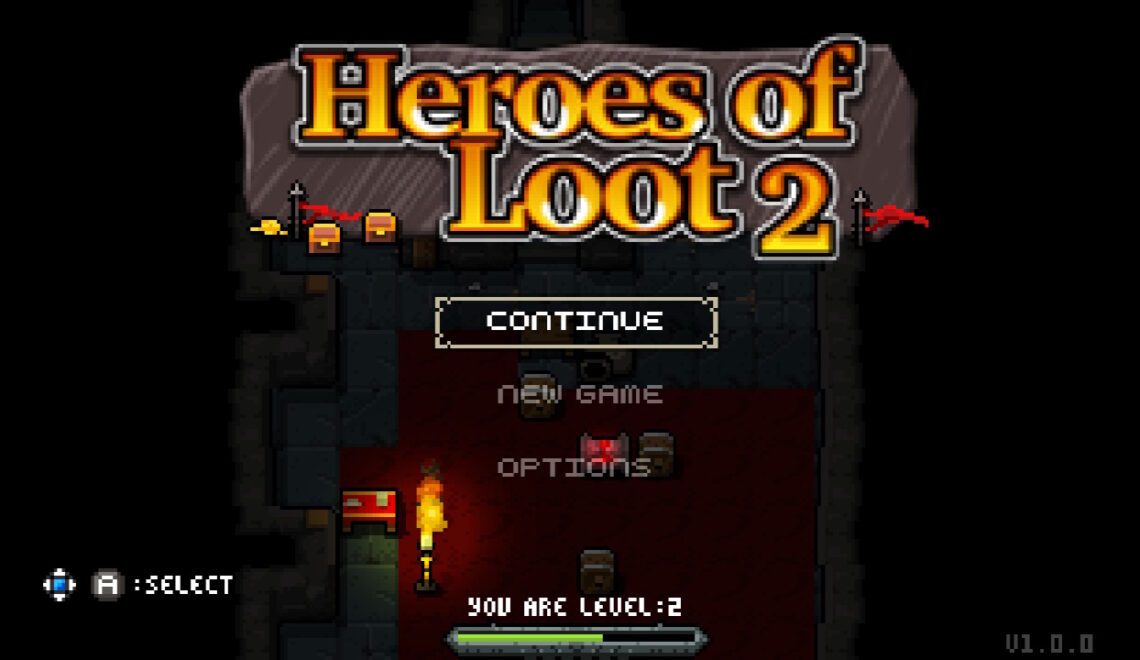 I reviewed Heroes of Loot around this time last year. I liked it quite a bit. When I found out a sequel was coming, I got pretty excited. Is the sequel better than the first? Yeah, it very much is.

Like the first Heroes of Loot, Heroes of Loot 2 is like a mini Gauntlet. Twin-stick shooting, LOTS of enemies, and the typical classes. Elf, Mage, Warrior, and Valkyrie. Though this time there’s plenty more to unlock. We’ll get into that a little more in-depth in a bit though. Lets discuss those standard classes right now though.

You’ll have two classes at a time. One is a ranged attack class like Elf or Mage, the second is a more up close and personal kind, kike a Warrior or Valkyrie. Peek at their stats and see whatever fits your mood. You’ll control both in play and you’ll need to keep an eye out for your HP with both too, as it’s shared. They don’t however share experience, so you’re going to want to go back and forth, or just use the characters whenever their unique abilities are needed.

If you’ve played the original or read my review, this should all come familiar, but for people fresh to this series, lets go in detail. Your goal? Get to the 50th floor and grab that loot. You’re going to be going down one floor at a time, fighting large hoards of enemies in your path, and collecting all of that sweet, sweet loot. Each floor is randomized, so a run is always going to feel a bit different. Some floors you get into can be arenas where you’re just in a small room and need to kick a lot of butt fast. Some can even hold nothing but treasure. Always a good time.

The kind of loot you’ll find is as follows. Gold, you know, money. Use this in shops to get some items like shields, extra weapons, some magical boosts, and even special items. Blue and Purple gems are found as well. You’ll find other people that will take these off of your hands for the chance to heal or even skip floors or go to some fun alternate floors. Those ones are a nice change of scenery. Red potions can be found to heal, blue potions for experience, and even some nice meat to heal some more. Sometimes you find some beans that leave some fiery results.

You’ll find treasure chests. Some just hold the standard drops in large quantity, some hold keys, and some can even be traps with bombs! The ones you’ll really be wanting to keep and eye on are the colored ones. Those can grant you the really good powerups if you collect enough. I know being able to get revived sounds awesome to you. So does magnetizing loot to you or making you invincible.

Ok, so I mentioned how you can buy items like shields and stuff, right? Those take up an item slot. Each character has two. When you pick up an idol or key that you’ll need to proceed at times, this also takes up a slot. You can probably see where I’m going here. Maybe I’m missing something, but I couldn’t find out how to drop certain items. When you need an item slot for a key to even beat a floor, this becomes an issue and you’re more or less softlocked. Update: It turns out, right before I was set to put out this review, an update for the game happened! This update may have fixed other things, but my biggest takeaway was that it made it so you can just drop items!

Swerving into something less bothersome, lets discuss a bit more of what’s new. Though sometimes it’s mandatory, but there are quests now. It’s usually just going to a path to defeat a certain enemy or grabbing that key. And while you’ll mostly be just do it do go on your way, it’s always a good way to get to those alternate paths that have doors that lead deeper and deeper than you’d usually go. Heroes of Loot 2 has some really nice replay value too. Of course, there’s the randomness of it all, but then there’s Heroes Cards you can collect, of which can unlock those new classes and info on the defaults in a glossary. On top of that, killing enough enemies gets them into the bestiary. And then you can learn more about runes. You are definitely gonna be busy.

I had lots of fun with this game, perhaps more fun than the original. Thanks to that update, I really have little issue with it. Definitely worth your time. 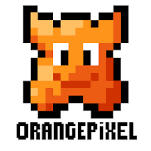