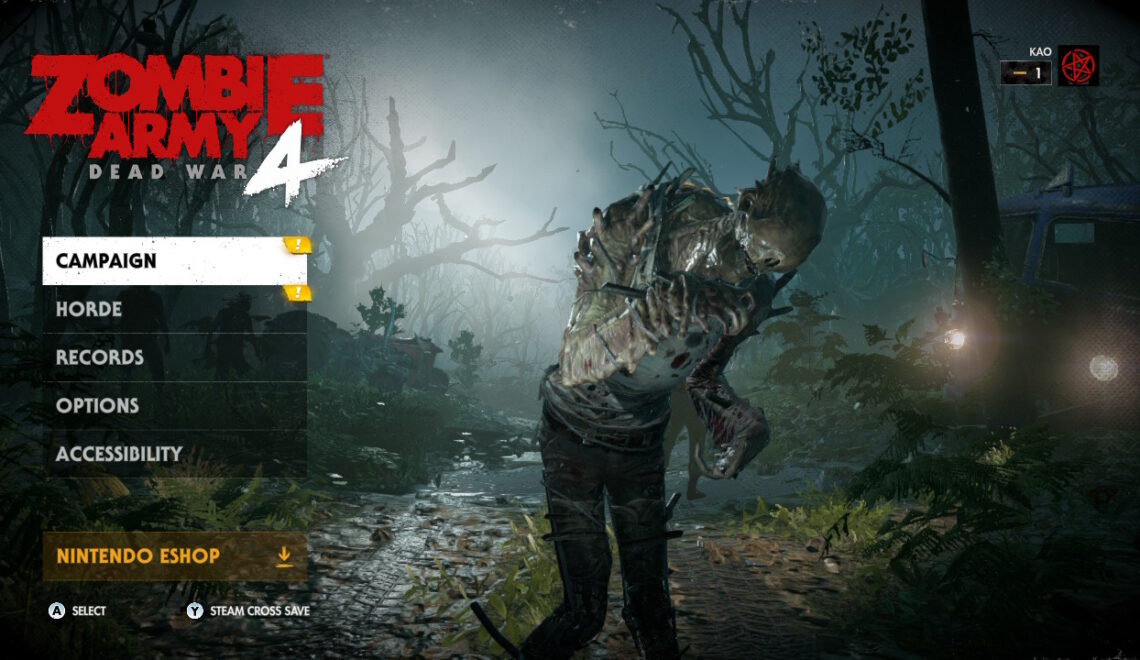 They’re zombies…and they’re nazis! The greatest excuse to shoot something! Rebellion once again brings one of their fun third person shooters to Switch and it’s still a satisfying play.

If you’ve played a shooter by Rebellion lately, you should really get the gist of what Zombie Arm 4: Dead War has to offer. You have a goal, there’s lots of collectables to get upgrades, and then shoot at those whom wish to cause you harm. All with those oh so so so satisfying x-ray kill shots. I don’t mean this in a bad way, far from it. But if you’ve played a Sniper Elite game, also from Rebellion, you really have played a Zombie Army game. Just this time, we have zombies, and unfortunately, this time Hitler is already dead, so you can’t just pop him off.

Choose your character, of which there are many, including the Sniper Elite lead Karl, (and even the Left 4 Dead characters as DLC, you know I’m gonna grab Coach). Then pick your loadout. You have your main weapon, your sniper, a side arm like a SMG or shotgun, and then your handgun. There’s a lot of weapons, so pick them to your liking. Everything, including the perks and skills the characters have, have their pros and cons.

Something that should be mentioned immediately is that, despite this being fully playable and still great fun solo, Dead War is a multiplayer game. The best kind of co-op. With how much customization you have, and the power to balance the zombie count and the like, it just feels like a perfect fit.

Lets finally start going into the campaign. It is deliciously pulp, as period pieces like this about NAZI ZOMBIES should. Each chapter, with their own batch of levels feel unique, with even the first few going from a train station, to rivers in Italy. The goal is simple, get to the destination in one piece. How you do it, is up to you. You’re going to slay and dismember a lot of zombies though. Levels are dense, you’ll see an absurd amount of things to shoot, lots of collectables, and even NPCs.

Each level however does have it’s own goals. Collect all of the notes in the level, collect a zombie hand, get upgrade kits for your weaposn, kill, kill, kill. There’s also heroic acts, which differ between levels, but you’ll know them when you see them. Doing all of this is worth your time not only for upgrades, but to level up. At the end of every level you’ll be graded to an extent, and then you’ll watch your points and experience fly across the screen in a satisfying manner.

Everything can be upgraded, especially your skills and perks. These are usually done by doing specific challenges. Kill an enemy to get back up with Last Chance perk super close to falling and you’ll make it even better. Try running without using all of your stamina eve. It’s all just stuff you’ll probably do anyway, but rewarding you with enhancements is nice and gives decent replayability.

While playing as you would, you’ll also unlock cards and stickers. Consider this your glossary or bestiary. It’s all put together in cute stickerbook backdrop and lists just about everything, granted you do what it asks. It’s a little touch I really enjoy.

Much like other games by Rebellion, it looks and runs just good enough. Obviously, a PS4/Xbone game ported to Switch isn’t going to be 1:1, but the results are still good to see. There’s little to no real big issues outside of it not looking the absolute best it could. However, you again have to really consider that this being ported period is a nice sight and the game does play well.

I’d be lying if I said that Rebellion wasn’t just making the same game over and over with different skins, because at this point, they really feel like they are. That said, the games all play great, they’re all a blast to play. Especially with friends, which all of these games allow you to do. And at the end of the day, who doesn’t like shooting nazis in the balls? Fuck Nazis.

Before we leave however, I do need to mention, Dead War has a lot of DLC. All of Rebellion’s games do, and this being a late port makes the DLC sting, but it still has a decent chunk of content regardless. So keep all of this in mind. 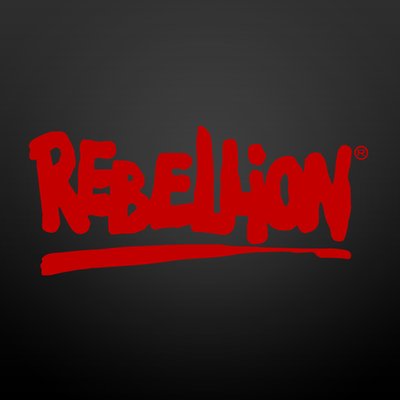