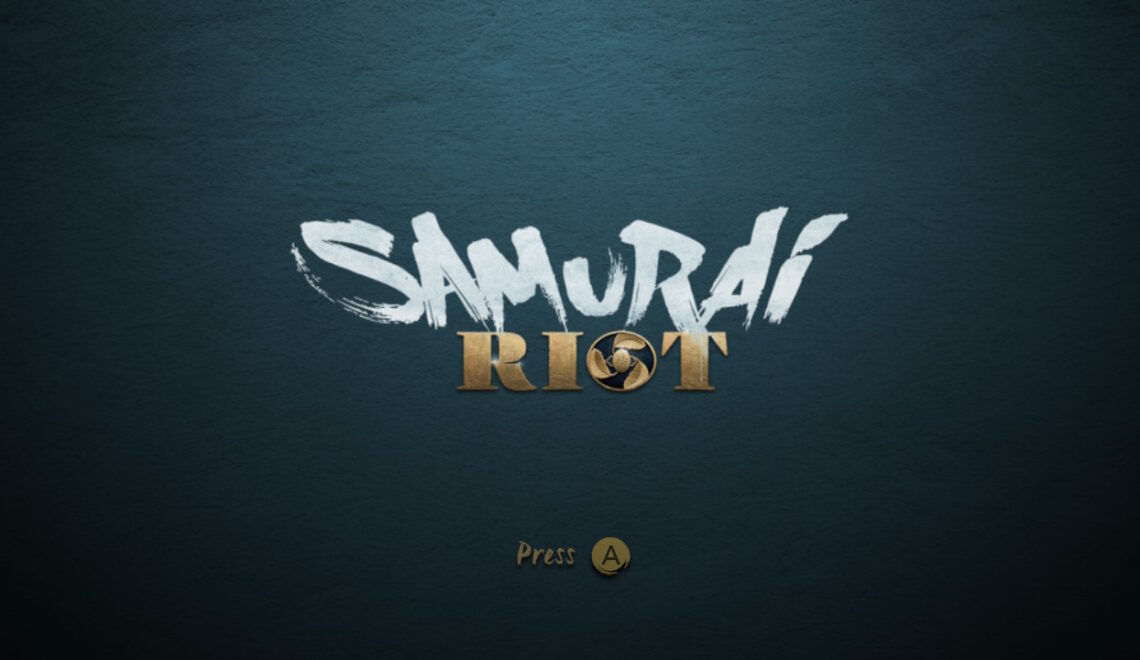 I love beatemups and I love samurai. This must mean Samurai Riot is up my alley. Hey, the cute kickboxer is just a plus for me too.

The Switch has no shortage of indie beatemups. This is something I have no problem with honestly, I love the genre. Yes, they get repetitive. Yes, if you play alone it’s a fraction of the fun. Samurai Riot has both of these issues, but I still was playing to the end…and then again. See, Samurai Riot has branching paths and multiple endings. Not exactly new in this genre, but it’s definitely novel. Do you choose to live by honor and keep your principals? Or do you choose to blindly follow. Sometimes the results might not be as expected. More reason to replay the game to see more and more.

Samurai Riot plays more or less standard for the genre. Move right, hit lots of enemies, proceed. But lets go into this a tad deeper. Before you start, lets pick one of two characters, a quick kickboxer, Sakune, or a more traditional samurai, the slower, but stronger Tsurumaru. Then we pick a style or school. This decides on your stats and color, which is a nice touch. Playing more and more unlocks more of these. And before all else, this can all be done with a friend.

Fighting feels good, you have light and heavy hits. They all flow well into combos, which you’re going to want to keep going as you’re graded each level. Those high combos get you more points and getting Gold just looks nice. After each flurry of attacks you knock most enemies over, which I’m not exactly a fan of, as as far as I know, you have no real way to hit downed enemies. This can mess with the flow a tad, but I never found it really messed with combos. In addition to standard moves and grabs, you can hold buttons down to do some real good extra attacks, and with Sakune, you can get your fox to help!

You’re going to want to co-op your way through Samurai Riot. Outside of the fact beatemups are just more fun with another player, you can further enhance your fighting prowess. Alone, you can do a few special attacks. They work just fine, but with another player, you can do special cooperative special attacks, which are devastating. On top of all of that, you can get graded to see how well you play with other people.

Stages give me some mean anime vibes, which I like. In fact, I’m a fan of the art direction period. Samurai Riot is the kind of game that looks pretty good in stills. I think in motion it can come off a tad cheap at times, with how much asset reuse there is, but in time where you’re just sitting calmly without fights or in cutscenes, it looks nice.

Samurai Riot as a whole has kind of a “needs more money” issue. I like what it has, but it has an overlaying cheapness to it all. Of course, not every developer can just toss everything at the wall. It seems more like me wishing the game was slightly more flourished. As it stands though, you’re getting a solid co-op beatemup with a style I dig a whole bunch. Go give it a look, just don’t expect anything like SoR4.