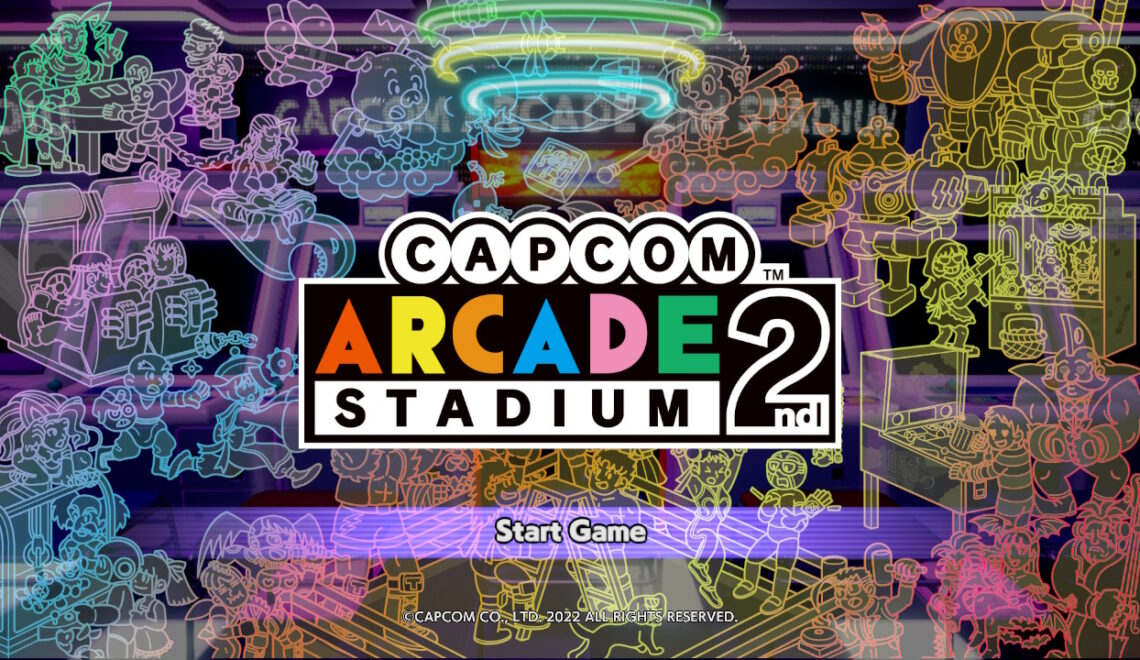 Another year, another Capcom Arcade Stadium. This time, the Stadium is bigger and better. Much better.

I’ll admit, the first Arcade Stadium was a tad disappointing to me, at least at launch. I was in love with the presentation, but the actual emulation had audio issues as well input delay. There was too many of the old Capcom games I’ve never really been too big on being ported once again, an issue I have with recent Sega AGES releases as well. There were at least a few previously not ported games like Progear as well as 1944: The Loop Master. To be completely frank however, I would have rather just played 2013’s Arcade Cab, since there was just that much overlap, in addition to Belt Scroller Bundle overlap.

You’ll be shocked to hear, but 2nd Stadium also has an overlap problem, but also makes up for that in some real gems of previously unported or rarely ported titles. For the sake of not making a gigantic 32 game review for my sanity, I’ll be mostly covering those special games and the package as a whole. Not to mention, if you see a fighting game in this set, I’ll be reviewing Fighter Collection, so you’ll get in-depth in there.

Did you know that there’s a few Mega Man arcade games? If you played the unfortunately busted (on GCN at least) Mega Man Anniversary Collection, those were bundled in there as bonus titles. There’s The Power Battle, which covers Mega Man 1-7, and The Power Fighters, which seems to ease into and hype Mega Man 8.

The boss fights with Robot Masters are always the highlights of Mega Man games, and these two titles are exclusively that, except now with a friend to play with you! The same rock, paper scissors mechanics apply. Defeat a boss, get their weapon, then use it against another if it’s their weakness. Though the boss order is going to be random this time. Battle and Fighters both have three paths you can take in a run. Battle is more strightforward with 1-3, 4-6, and 7 being your paths. Fights on the other hand has more story with these with Finding Wily, Saving Roll, and Recovering Stolen Parts. This time, the Robot Masters are mixed up, a much preferable option.

Play as Mega Man, Proto Man, Bass, and Duo (in Fighters), and proceed through the stages. Both games have endings for your characters, with Bass’ in particular in Fighters being rather infamous. These games are both must plays if you’re a fan of Mega Man, be it either just the fun gameplay with a super satisfying weakness confirm in fights, or how it adds to lore.

I don’t blame you for not playing or ever having heard of this game. It’s a late arcade game by Capcom and was never ported outside of this unwieldly Capcom logo shaped plug and play. A cute, colorful collection of three sports games by Capcom, ala Three Wonders. Smash Stars for Tennis, Kick Stars for Soccer, and my favorite name Dunk Stars for Basketball.

Pick your sport, then pick your team, and get down to business. Regardless of which game you’re playing, everything is super fast, and feels fantastic to play. Games don’t last too long and are incredibly simple, but it’s perfect for the arcade scene. After each round you even input your initials and gender to input a score. Best of all, you can do this with another player too.

At first I was thinking…Man, Capcom ripped off Puyo. Then I realized this game was made by Compile. In Pnickies, you need to group colored blobs together. Some parts of the blob may have a star, if you group has two stars, it’ll disappear and you’ll get points, toss trash blobs on the other side, etc…There’s not really a story as solo play is just an endless run, and then there’s a competitive mode with a CPU or player.

Not really much else to say, but this is a pretty game. Something a lot of later Capcom games have in common. There’s not a lot of info on this game online, so it’s inclusion in here is a pleasant surprise, if only to get more exposure. I had no idea this game existed beforehand.

It’s the World Race 24, it’s dangerous, but has a $1million prize and Fred with his car of your choice with get to the end and win that cash. It’s a standard top down racer, just get to the end and don’t run out of gas, energy, and do it fast. You can transform the vehicle to a bike to go faster, but you’re most liable to get hurt.

It’s fun, but gets samey awful fast. This is the kind of game I really would play in short spurts. Never in one sitting.

This Arcade is Really Big

If you’ve played the first Arcade Stadium, nothing has really changed with mechanics. However, I didn’t review that release, so lets dig in.

If one of the 32 games has a Japanese or English release, you can play both. Each game has a small manual to explain them with screenshots. Rewinds, levels of slowdown and fast-forwards. A plethora of screen options, filters, backgrounds. If you want to pretend you’re actually in the arcade with the backdrop being the game at a cabinet at a tilted angle you can. Certain games have different aspect ration, some need vertical monitors. Just rotate the in game screen and use the FlipGrip.

The game list is a lot better than last time, but it really does have an awful amount of overlap once again. If you own Fighter Collection, Street Fighter 30th Anniversary or Belt Action Bundle, you’ll see a few games again, this time with no online. I do like options, so it’s not a huge complaint, but I’d sooner like to see more obscure titles than ANOTHER Street Fighter re-release. You can play Street Fighter 2 in no less than five different Switch releases. If you don’t want to buy the full bundle, which I strongly suggest you do, since while games were $2 a piece, they’re now $4 a piece.

Of course, the whole point is the “Stadium” aspect. There’s online component with leaderboards like always. CASPO is a point count that builds up over time with play. Either standard or with challenges. Stuff like doing a game with no emulation tricks or doing it WAY sped up. It’s tricky, but also completely optional.

All that said, you can’t go wrong here if you like Capcom’s arcade output. Even if you do own a few of these games already, you’re better off getting the bundle, not to mention buying Fighter Collection gives you Three Wonders, and SonSon is free!

Also, I find it quite funny that both M-Two as well as M2 were development support for this.