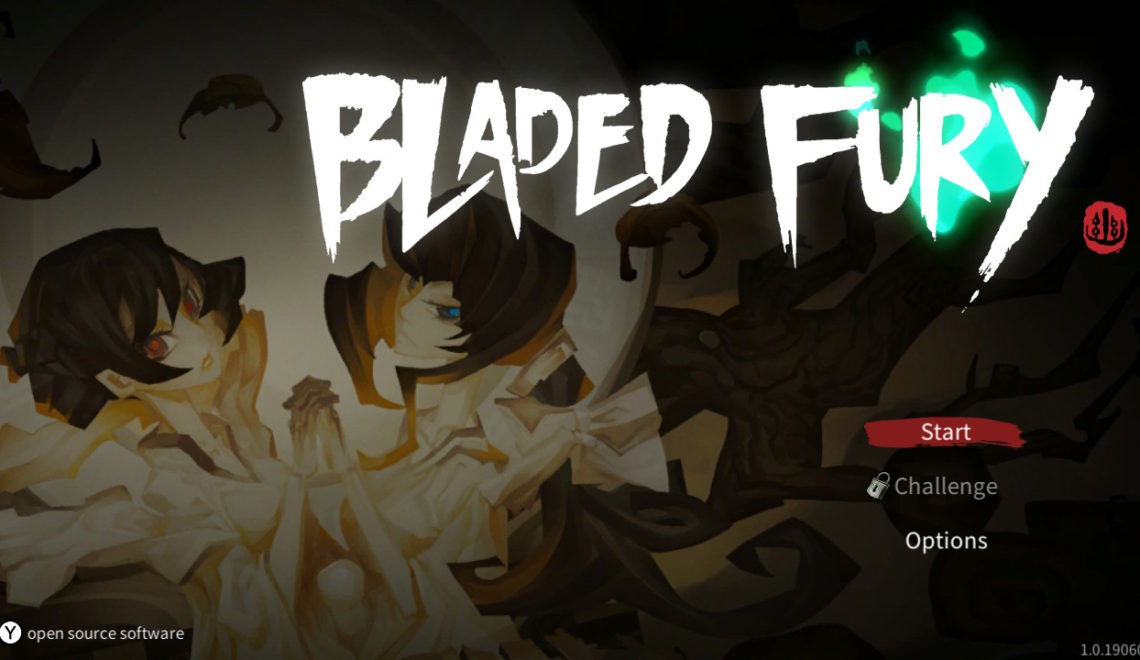 Are you a fan of Vanillaware’s Muramasa? Have you wanted to play that game, but with a more Chinese feel, as opposed to Japan’s mythology? This is what Bladed Fury is.

If you’re not familiar with Muramasa, what exactly does this entail? A beautiful 2D artstyle. Quick action. Filled to the brim with mythology and cute girls. Bladed Fury is Muramasa lite. Everything that Muramasa does materfully, Bladed Fury just does ok or acceptable. It’s extremely derivative, but it does do the one thing Muramasa did right, just as well. It’s fun and satisfying to play. Hits have that certain weight to them, light or heavy.

The story of Bladed Fury has you in the shoes of Ji Jiang, framed for the murder of her father. On a quest to prove her innocence, she goes to find the witnesses to his murder. While I was rather fond of the character designs, the characters themselves were boring to me. This includes said witnesses, the bosses of the game, which were a highlight of the game for me. The game’s levels are also a highlight for me, with a bathhouse/brother being an early one, with panels you need to rearrange to get to different areas, and another being a mechanical tower, with my favorite boss.

As mentioned before, the combat, while pretty simple, feels rather good to pull off. You have a light attack, quick successive slashes. From the air you have a killer spin dive, moving down like a saw blade. You have a heavier weapon for your strong attacks. Slow, but devastation, these attacks are good for enemies with strong defense, with some enemies needing these attacks to make vulnerable. You also have a shield in the form of Aegis. Blocking is a given, but they can also counter, with one hell of a satisfying counter if you attack quick enough after a finely timed block.

With the souls you get from defeating enemies, you can spend them at save points to earn new abilities, strengthen them, allow counters with your heavy attacks, even get extra heals when you get into a pinch. Defeating bosses grants you a Soul Silver power. These are special abilities, mirroring what the bosses did before. Making webs to slow down enemies and other bosses. A rain of arrows to shower enemies in pain. A black hole to pull enemies in, a great thing to mix with other moves. While these special moves all felt good to use, I never really had a good use for them outside of getting extra hits in for boss fights.

Despite all of this, the combat is really simple and not deep at all. It’s satisfying as all goodness, but there’s really just not enough depth and with most enemies, you can get away with just using default moves, only using acquired ones to show off.

While I love the look and feel of the game. I find most everything else to just be standard and uninteresting. I’d constantly just want to get right back to the gameplay or to see the boss designs, having no interest in in the story unfolding. The witnesses, the bosses, they were interesting, but they were also just parts of the story. At the very least, I love that the game is full of voice acting.

We don’t have Muramasa on Switch, nor do I think it’ll ever get ported to the console, so I would say Bladed Fury is a decent enough game to fill the void. The devs are onto something, so I’d love to see them take another crack at it with a sequel. A deeper, richer experience, I’m sure I’ll love it even more.