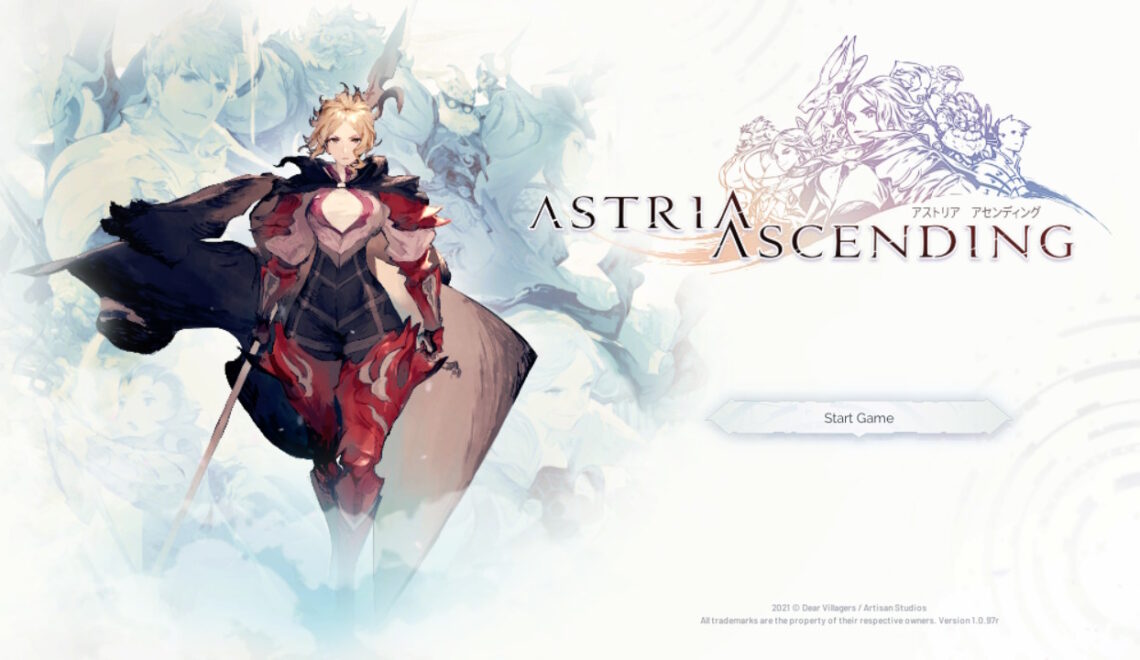 From the first screenshot I saw, I was hooked on the idea of Astria Ascending. A gorgeously hand-drawn, Valkyrie Profile-styled JRPG developed and scored by some of the luminaries of the genre? You can assume I’ll be ready to give that a try anytime, anywhere. When the wait was finally over and Astria Ascending was finally in my hands, I settled in and got ready to sink more time than is probably healthy into what should have been my newest obsession. Unfortunately, I can’t think of a game in recent memory that was more of a letdown than Astria Ascending. It’s not that it’s outright bad, but it lacks anything of true interest beyond its stunning graphics – and as I’ll get to later, on the Switch the game even finds a way to mute my enthusiasm for that.

The world of Orcanon has been living in harmony for nearly a millennia – ever since the Goddess Yuno had her followers begin eating harmelon. In that time, a group of eight heroes from all the world’s races have been selected to be elevated to demigod status. They receive great power to fight the Noises, monsters that disrupt harmony. The tradeoff is that the demigods will die three years after receiving their power. Astria Ascending follows the 333rd group of demigods, three months before their time is up. Noises have begun appearing inside cities where harmony is supposedly strong enough to keep the population safe. The 333rd set off on a journey to investigate the Noises, and end up caught in a web of intrigue that threatens the foundations of the world.

I really, really wanted to get into the game’s story. I really did. But the main story boils down to a lot of inscrutable gobbledygook about Noises and Harmony, and the characters are so thinly developed I couldn’t really get into them, either. You do get some small character developments for each character in their own segments of the game, but not nearly enough to endear the cast to players. Normally I can stand quite a bit of gibberish in JRPG world building, but Astria Ascending doesn’t offer much of anything else.

Exploring the world of Orcanon is accomplished via simplistic 2D platforming. It’s very similar to one of my all-time favorite games that I mentioned in the intro, Valkyrie Profile. Astria Ascending also introduces some rudimentary platforming puzzles. The party receives a magical ring that can affect different artifacts around the world, and manipulating these artifacts can open new paths. Gaining new abilities for the ring can also allow players to return to old areas and explore previously impassable obstacles. The platforming isn’t especially difficult and the puzzles aren’t especially compelling – you either have the proper ring abilities or you don’t – but it adds some variety to the gameplay, which is sorely needed.

The Fighting is the Hardest Part

The majority of combat is fairly standard for turn-based JRPGs. Combat is initiated by coming into contact with an enemy unit on the level. Supposedly you can gain the initiative by slashing enemies before battle, but I never found a consistent way to activate that. I’d say I only gained the initiative one in every ten times I swiped my weapon at an enemy on the screen. Your characters and your enemies take turns taking their actions, whether it be attacking, healing, or buffing. Things are spiced up by adding focus points, which work similarly to brave points in the Bravely Default series. Focus points can be gained by manipulating an enemy’s weakness, landing a critical, or having a character spend a turn to charge a point. Focus can also be lost by hitting an enemy with an element they can resist, nullify, or absorb.

Manipulating enemy weaknesses is of paramount importance – perhaps too great an importance for just regular random encounters. You have eight characters, but you don’t really have a choice about who to include in your party when you enter a new area, especially early on. Eventually you can get new jobs for your characters, but at first they’re locked into one, with limited moves and elements. In the early game, you have no choice but to carry whatever characters have the elements that random enemies are weak to. Then combat becomes a soul-sucking ordeal where you’re focusing and waiting for the one character in your party who can actually hit an enemy without a penalty to get their turn, while hoping the enemies don’t specifically target that character and KO them by spamming attacks they are weak to before you can act. Again, this all gets better when you can unlock some new classes, but in the early goings of the game it’s one more thing that makes the game hard to really get into.

The difficulty spikes from area to area can be pretty heavy, and boss fights can be a cut above that, even. The only cure, for anything, is to grind out some levels or SP to unlock abilities on your character’s ascension tree. But grinding levels often requires you to go back to a lower-level area, and some tree nodes additionally require stat orbs to activate, which you can’t buy in any store, so you have to go back to an area where you can farm orbs – which are always rare drops or rare steals, so grinding that out takes even longer. I spent more time grinding to keep up with each area’s difficulty than advancing the story by at least a two-to-one ratio, which I think had something to do with how difficult it is to get into the game’s story – you’re not allowed to just get into it. And I was only playing the game on normal difficulty.

The hand-drawn characters and backgrounds in Astria Ascending are drop-dead gorgeous; there’s no question about that. Well, as long as you’re playing docked, anyway. If, like me, you prefer playing your original Switch undocked (it may look better on the OLED, I have no way of confirming that), the graphics look pixelated and cramped on the Switch’s screen. Text – especially in the equipment menu – is way too small for the undocked Switch. The text can get so pixelated that parts of letters and numbers disappear entirely, meaning you may not be able to see how much your stats are being affected by a certain item. Luckily, stats that increase are listed in green and stats that decrease are colored red. Since the text compression can be so bad it frequently makes the “+” look like a ”-“ that can be pretty important.

As expected of the musicians assembled to make this score, the music is similarly top-notch. What the gameplay or story lacks in creating atmosphere, the music always succeeds in setting the scene. Unfortunately, the game’s audio has its weaknesses, as well. I’m a veteran of 90’s anime dubs, so I know what bad voice acting sounds like. Astria Ascending doesn’t reach those depths, but the English voice track is amateurish at its best. Good voiceover can save a weak script, but unfortunately we don’t get that here.

The promise of Astria Ascending was one I couldn’t help but get excited for. The reality didn’t come anywhere close to living up to the game’s pedigree, and that makes it a hard game to review. It’s not outright bad in any respect, but the average parts just add up to a lukewarm whole. I don’t want to let the weight of my expectations cause me to be harsher on the game than it truly deserves. But I’ve thought about this game for a while, and I can’t come to any conclusion about Astria Ascending except that it is visually gorgeous, but otherwise frustratingly mediocre. And that breaks my heart.