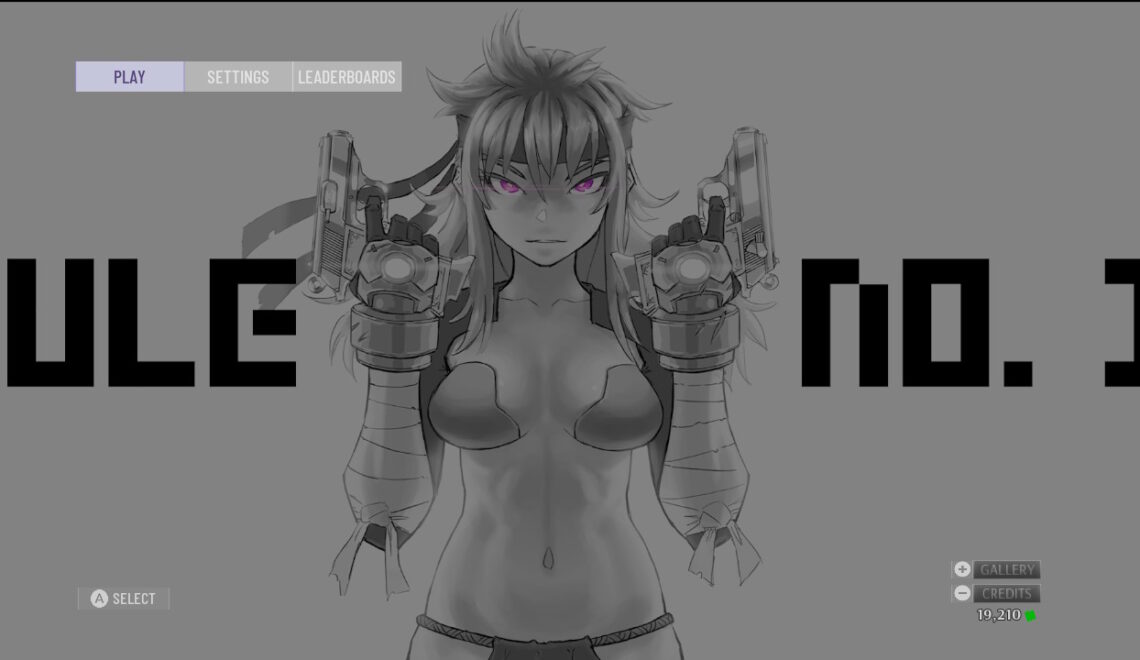 Not sure what I expected, but Rule no.1 seemed to leave me with plenty of mixed feelings. I like first person shooters, but I was just left not sure about how I felt about this game.

Rule no.1 is a first person shooter starring a quippy hero…sounds familiar. In this case, it’s more of a wave based arena shooter and has a sexy babe as the lead. She definitely talks a lot of smack too and frankly never shuts up. But I like some of the quotes, so it’s fine. I think the music and spritework was pretty nice too. The art you unlock doesn’t look tremendously cheap either, some nice stuff.

You have a handful of modes to play. All of which but one are different flavors of shooting. Want just a specific enemy or to be locked down to the most OP weapon in the game, a holy knife? You can do that. Want to just play basketball? That too is a mode and it’s a cute addition that I would have never thought would be included.

Shooting feels good for the most part and there’s a healthy amount of different weapons to use. Plenty of gibs, explosions and if you just want to shoot to your heart’s content, this is perfect. Lets talk about my problems with the game though. It mostly comes from the enemies you fight. A lot of floating shapes that can just decided to hit you from behind. The arena feels a bit small for this and you really only have that one. There’s zombies and armored opponents are great as horde enemies, bouncing and shooting orbs and cubes are not. Shooting at these, no matter how good the guns feel is not fun. It makes the gameplay look cheap outside of the spritework.

Someone told me, and a lot of people that Nintendo wasn’t allowing nudity on Switch games anymore. I can safely say that that was a lie, since there’s a bit of boob in this game. Not a tremendous amount, but the art gallery has you covered. Eastasiasoft seems to really have the “boobs in games” market down.

I think this brand of arena shooter isn’t for me, I want even just a bit more variety in enemies and the arena itself. It’s not a bad game, but I just wasn’t thrilled. At all. The sequel does seem more interesting though. I’d be thrilled to try that out if it hits Switch.