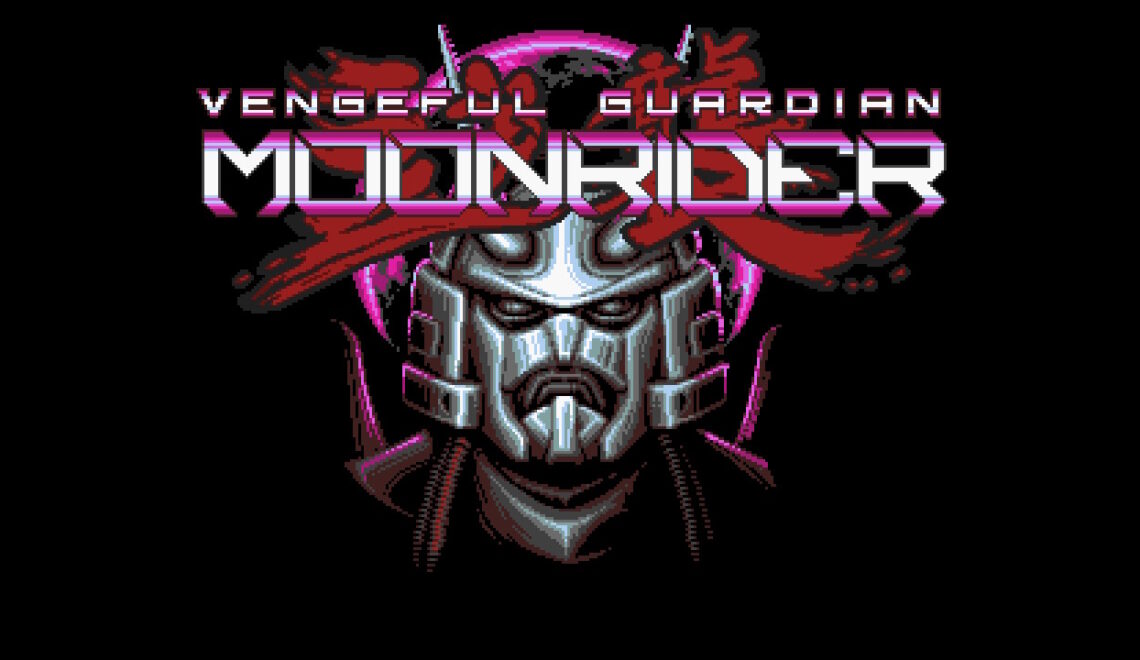 Inspired by the likes of Shinobi III, Kamen Rider, and Mega Man, Vengeful Guardian puts you in control of a badass machine. Created to be a weapon of destruction, the Moonrider instead chooses to carve it’s own path and be a savior for the human race and not a harbinger of doom.

The Mega Man influence lives strong. If not just for the theming, but also it’s layout. After a first level, you’re given free reigns to play a level of your choosing, each of these has different upgrades in the form of modifier chips you can find, usually off the beaten path or by defeating a boss. You can equip two at a time and while most are beneficial to you like for instance health regeneration, some can make you a total glass canon for a true challenge. The way it gives me that Shinobi feel is how deliberate movement is. The way you need to run, jump, how attacks work. It’s hard to put down if this was as challenging to me as Shinobi 3 or Shinobi 3D, but I was given a bit of pushback, especially in bosses. Pay attention to those patterns and don’t get greedy with attacks.

About those abilities. You start with one that feels like a shocking tendril that can keep hitting whatever you prod with it as long as you have energy to do so. You’ll get more like a tentacle, a boomerang, a spread shot. It’s more like a Mega Man weapon than a Shinobi skill as your energy can be refilled when you find a drop similar to a recovery drop. Not to mention enhancements that can make it regenerate as well.

I’m glad we’re getting out of the age of purely 8bit retro throwbacks and moving towards the 16 and 32bit games. Vengeful Guardian Moonrider is one of these games and goodness it’s beautiful. While the stages themselves seem a bit on the tame side, the enemies, the bosses, the effects such as fog, blood, sparks. It all looks marvelous.

In another similarity to Shinobi, the music downright rocks. While it sound a bit more modern than the rest of the game, it still fits like a glove. The heavy drum beats help to make every action, slow or fast feel cool and like you’re kicking lots of ass. Fallen City’s tunes are a favorite for sure. The stage itself is great on top of that with a giant robot chasing you.

Maybe Vengeful Guardian Moonrider is a bit short. Maybe it’s not as hard as I’d expect sometimes. Maybe it can feel a tad frustrating with controls? Eh, who cares. It all feels good, it all is open for replayability. You bet your tuckus when I beat a stage and find out my time and score was miserable I’m going to retry a level. Doing it with new abilities makes a game that already feels good to one that you can start playing in a new way. I should play the other games by JoyMasher…Also this gets me in a real Tokusatsu mood. I can’t help but notice the Kamen Rider or Metal Heroes influence and I love it. *Game Download Code graciously provided for the purpose of reivew