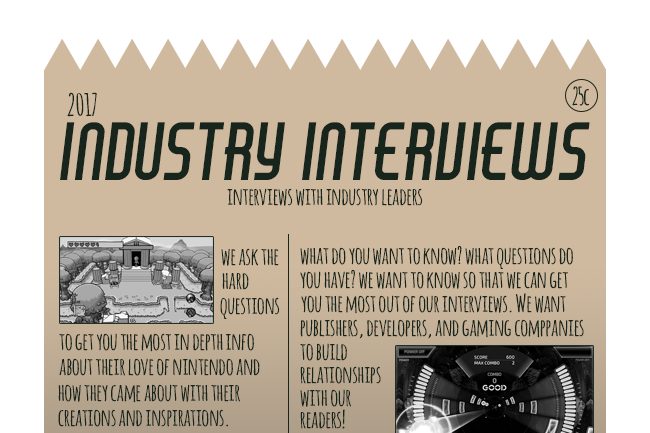 With us today at The Switch Effect is Jo, the best programmer in the WORLD, from D-Pad Studio. From its early roots in 2007 to forming D-Pad Studio AS in 2011, this indie game studio flew into the gaming world with Savant – Ascent in 2013 and followed up their initial hit with the award winning Owlboy in 2016. This open world pixel-art platformer felt like the 90s era of gaming was transported to today’s time, but with much prettier graphics. If you did not have the chance to play this game, fear not, because D-Pad Studio has announced it is coming to consoles in 2018. That’s right Switch owners, you’ll be able to play this title at home or on the go!

Jo, thank you for speaking with us. Can you tell us a little bit about yourself and you became the best programmer in the WORLD?

Haha, that phrase was something I put on my website when I was young. Over the years I’ve learned I might just be the worst programmer in the world. But I did use what little I knew to reach my end-goal, which was to create videogames!

I tell this to anyone who asks these days. Creating ideas and videogames is just a single step. Once you have the drive, you can basically start anywhere. Your “boring” game concept might end up the best thing ever with a little push, while your “greatest” idea might end up destroying you.

Through the years, we’ve had a little bit of both.

Can you tell us about how you got into the gaming industry?

I started creating games and ideas when I was 6 years old, after I played Super Mario Bros. 3 for the first time. Fast-forward till I was 18, and there was an article in the newspaper about a new school in town, teaching games programming. Another 3 years later, my bachelors in games programming was complete and right as I was leaving for England to head into the AAA industry, I met with Simon S. Andersen, the guy who designed Owlboy. It was only then I realized – the AAA is not for me. I can do very little to change it. If I want to realize my own games, I’ve got to avoid the big companies. My goal wasn’t to crate big games; it was to create good ones.

The first console I owned was an NES that I couldn’t use except for playing Mario Bros. 3 and River City Ransom. My parents bought it for me, but it wasn’t our region. I bought Mario Bros. 2 in the toy store (because that’s where you bought ‘em back in the day), and was devastated when it didn’t work. So devastated that my dad bought me a Sega Mega Drive (Genesis) with Sonic 2, just to shut me up. The cup that was included is still my fave cup! 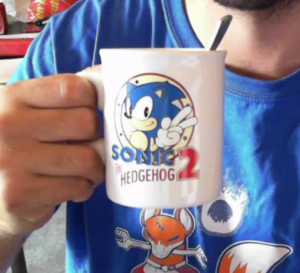 All my best memories are of playing games together with someone, especially my little sister. I started to create games that we could play together. I don’t have any specific memories, other than the music that stuck with me, that still influence whatever games I create these days.

Let’s jump forward a bit. How did D-Pad Studio come to be?

I joined D-Pad Studio right before I was going to take the plunge into the big industry! A couple of months after I had started looking at Owlboy (more as a hobby back then, than anything else), it got nominated for the IGF in San Francisco! It felt huge!!! I had never been that far away from home, and I had never seen game development gathered in one spot before. I spotted all my heroes there! That’s how I found out that games are more than a hobby! We started D-Pad Studio shortly after and applied for government funding!

With Owlboy headed to the Nintendo Switch in 2018 (yay!!!), can you share with us the process for bringing this previously PC only title to the console?

Luckily, we’ve gotten great help! Blitworks are the ones helping us bring the game to console! We didn’t even consider doing this ourselves, because we want to start creating new projects. Now that Owlboy was released and became a hit, we could afford focusing on what we wanted.

Did you experience any new challenges or opportunities with bringing Owlboy to the Switch?

Console players are an entire new crowd! I’m constantly thinking if Owlboy could be improved on the console and we’ve got several ideas, but we’re also anxious to get started on new projects. While the game could be improved still, we’re in a place where we either push onwards with new and exciting things, or continue pursuing what Owlboy could be. The biggest challenge is to let Owlboy be what it is, when we’ve got so many ideas we can use!

Absolutely. They force us to be creative, which is what the entire industry is based on. If the industry hadn’t advanced, the creativity of developers would stagnate. It already did a couple of times, but then the advancement of the technology brought us along. Usually, it’s been Nintendo that’s been pushing it along, and with the Switch, it seems like they’re onto something entirely new!

Games could, and should, be anything. I hope games get brought into medicine more, into culture more and in general I want people to benefit from playing videogames, because I think it can help people think creatively. As to what technology will be unearthed, I’ve no idea, thankfully. If I had, I wouldn’t be astonished once anything new appears, and I rather like surprises.

I love it! I’ve been a Playstation 4 guy this generation, but I haven’t booted my PS even once since I got the Switch. I travel a lot these days, and it still amazes me that I can pick it up with me and go anywhere. It’s the first Nintendo console I’ve owned myself, since the NES, and I couldn’t be happier about it! I have no idea what to expect from the release! My nerves are a bit on end! Where this goes remains to be seen!

Hmmm new games… I spend very little time playing games these days. The new Monster Hunter looks promising! To me, playing videogames is research, so as a games designer I should have spent 90% more time with them than I have been lately. I spend a lot of time doing business these days, and that’s not really how I wanted to end up. If any time was good to start playing more, now would be it! Here’s hoping for a new videogame under my Christmas tree!

We’ve been through a lot as developers. We’ve been challenged with finding unconventional ways to survive, and even more ways to stay relevant through a very, very long development cycle. We’re going to continue to travel a lot, and if you ever see us hanging out, never hesitate to get in touch! The people we’ve been speaking to up till release, are the ones that has helped us push through with Owlboy! And for that I am truly thankful!

Thank you again for taking the time to speak with The Switch Effect and for our readers to learn more about D-Pad Studio and especially Owlboy. 2018 cannot come soon enough!