Dungeon crawlers are types of game that I think really bring out nostalgia in their fans. Those who grew with the genre have a profound respect for it, and the games that made he genre what it is today. Because of the great legacy games like the Eye of the Beholder have left behind, it means that the barrier of entry to the genre is high. You can’t simply get away with making a mediocre dungeon crawler and expecting the community to accept it. That’s why Vaporum strives for something far more than mediocrity, and for the most part is able to do so.

Vaporum is a first person dungeon crawler that puts you in the shoes of a unnamed character. You find yourself in the middle of the ocean on a small island with no recollection of who you are and where you are. The only thing with you besides the ocean is a gigantic tower. Naturally you have to go check it out, and your adventure begins.

Each section inside of Vaporum’s tower is broken up into chapters. So once you reach a new floor of the tower you reach a new chapter. Everything starts pretty vaguely, but with the help of notes and audio recordings you’ll find within the towers corners,  it helps piece together what is going on within the tower. Honestly the feeling of ambiguity the story gives is really interesting. I enjoyed not having a clue what was happening to slowly understanding what the tower was, and what happened to its inhabitants. Anyone who likes to have a clear cut story probably won’t enjoy this aspect of Vaporum, however if you do like some mystery to your games, Vaporum offers the perfect dose of it. 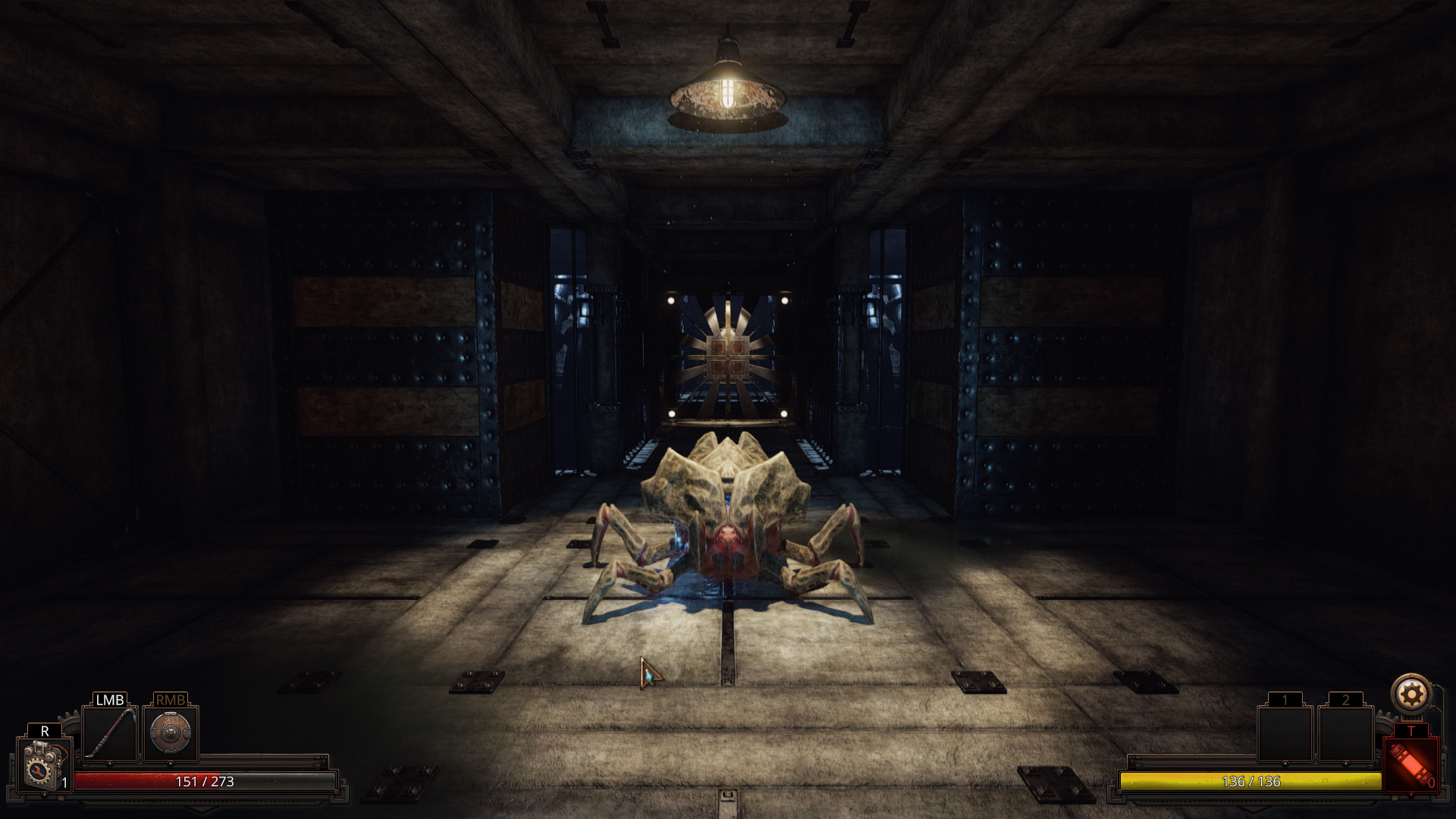 Vaporum plays in a grid style format where each time you move you travel to that specific part of the grid. You’ll explore the different environments of the Tower, while fighting against creatures and solving puzzles. There’s a pretty good blend of puzzle solving and combat within this ominous tower, which is nice for those who prefer to not have their game centered on just one or the other. Puzzles range from activating pressure plates, to finding levers, and lots of exploring to find random keys to open up doors. It all works pretty well though I did find it was a little difficult finding where to go sometimes. While there is a map of the area there’s no way to outline where you have to go next. So if you accidentally missed a puzzle you’ll have to run around the level searching aimlessly for it until you find it. This could be a bit frustrating, but I never found it to be too much of an issue.

Combat in Vaporum is quite interesting as you get the choice between a more turn based or active battle system. Each weapon has it’s damage output, it’s speed that the attack comes out, and how long it takes before you can attack again. So because the game offers an active approach to combat you can walk around and dodge enemies attacks and then come back and attack them. If you choose to use the games stop time mode, time will stop anytime there are enemy or traps nearby. You will have the ability to think about your next move before you make it. I didn’t use this mode very much, but I can see how it would be a welcome addition for many players.

Be careful though as each enemy is very unique with it’s arsenal of attacks and behaviors. Enemy variations are just as varied. You may come across an acid spitting roach or a big hammer wielding mutant. The enemies are well very well designed and help solidify the games combat.

There’s a large assortment of weapons and equipment you can use to customize your character. There’s exo-suits that you gain access to and each have their own stat boost you can tailor towards your character. Weapons come in the forms of melee weapons and guns. You have sharp and blunt weapons, and for guns you have pistols and rifles. What Vaporum has to differentiate itself from other dungeon crawlers is its gadgets. Gadgets let’s you release interesting special effects that can help you during combat. Gadgets can increase combat prowess like attack speed, and they can also release attacks like an electrical current. These gadgets use a completely separate energy bar to use them. Energy is pretty much the equivalent of mana in other dungeon crawlers. The gadgets are a really neat and a welcome addition to the game.

The upgrade system comes in the form of circuits that are earned when you level up. Once you get a point you can pick a circuit to upgrade, which will provide a permanent buff to your character. This is where you will choose abilities that help suit your style of play. Vaporum kind of makes it feel like it wants you to set up your own build, so it’s good to keep that in mind. The upgrade system isn’t very complex, but it doesn’t need to be. It works perfectly well the way it is.

Vaporum’s steampunk style environments are interesting, and go perfectly with the games design. Waking around the towers location is always suspenseful as the dark, and mysterious feel of the environments makes you constantly question what’s behind every corner. One problem I did have was with just how dark some of the environments are. Some of them were just too dark, and when you’re playing on the Switch’s small screen it can make it hard to see where your going. The UI is also kind of small and hard to read text in handheld mode. None of these problems exists in docked mode luckily.

I’m really happy to note that Vaporum is a great port that runs really well in both handheld and docked mode. Resolution and frame rate hold up well, and I encountered minimal problems.

I was pleasantly surprised about the depth and entertainment that Vaporum provided me. I had a great time adventuring through it’s levels and unfolding the story of the tower. Although there was a few minor issues with handheld mode, and it was little too hard to figure out where to go next sometimes, these issues didn’t hurt the core gameplay too bad. I think Vaporum is fantastic for any hardcore fans of the dungeon crawler genre and a great starting point for any newcomers as well. 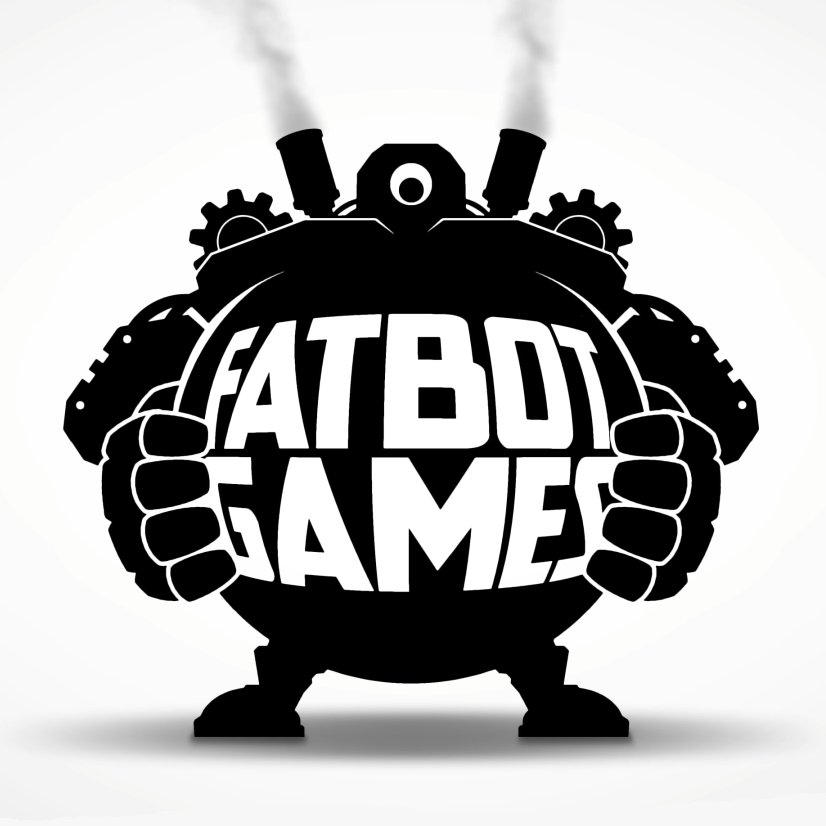