Before I was able to buy my own games I spent a ton of time playing online games on sites like Kongergate and Armor Games. Games like Protector, Balloon Tower Defense, and Epic Battle Fantasy helped define my early teenage years. One name I remember very well from my times on Kongergate was Nerdook. Nerdook created tons of cool and colorful cartoon style video games and every single one of them had their own charm. Nerdook games were better than a lot of the games I paid for! So now that I’m able to take a Nerdook game on the go I couldn’t be happier. Now it’s time to take a look at Reverse Crawl!

Reverse Crawl is a 2D turn-based strategy rpg. You start your quest as The Revenant King who has recently been dethroned and killed by the Red Queen. That’s it you’re dead as soon as the game opens… Roll the credits. No I’m just kidding, your daughter is actually a necromancer and she brings you back to life as an undead. Now you must adventure around the land recruiting new minions and strengthening your army to take back what was rightly yours from the Red Queen. The story is very quirky and the dialogue between battles can be funny making it an overall pretty lighthearted story (even if it’s about death).

Reverse Crawl is divided into chapters. Most chapters will give you three scenarios to pick from. Each scenario is a battle in a different location with a specific mission. You’ll have to pick which scenarios sound the most interesting to you, because the rewards you get for completing a scenario help you get through the game. After every scenario you will receive experience which gives you skill points. Skill points can be allocated to a skill menu to give your team passive bonuses. Before any of this can happen though, you have to start a battle. The first thing you have to do is choose which group of minions you will use.

Every battle your menu is filled with a random selection of minion groups that you have access to. Each group has their own setup, for example you could have a a wolf pack with two wolves and a pack leader; or you could have a goblin army with two warriors and a shaman. It’s important to be aware of which units are in which group so you strategize. Enemies have weaknesses so it’s best to use the group that perform better against that particular enemy. There’s a wide variety of unit types so trust me you won’t feel like you don”t have much to choose from. Be careful though, because every new mission your minion groups will either have a buff or a debuff that will accompany them into battle. This can range from doing extra damage, or having lower movement range.

All units are divided into three types of attackers. You have your melee units, your ranged units, and your ranged magic units. Battles take place on a small hexagonal battlefield. Melee units have to be adjacent to an enemy unit in order to attack them, while both ranged units can attack from anywhere. Combat is fairly simple, but requires some strategy. Everything is turn based so when you’re able to move a unit you can choose to attack an enemy, guard which heals you, or do a powerstrike. Powerstrikes seem like they’re suppose to do more damage, but their accuracy is lower. I find they’re not worth using as they really don’t do much extra damage from what I’ve seen. You also have access to a range of abilities that you can use during a battle. As the battle goes on you will gain points that can be used to perform skills such as healing or calling down a magical ball of energy. The battle system is easy to understand, but it can be hard to master so it provides just the write amount of challenge.

I had mentioned earlier about the importance of the scenarios you choose and there’s a good reason for that. The story is dynamic so you won’t get the chance to run through every scenario and unlock everything in any given run. Every scenario unlocks it’s own thing whether it’s a new minion group, a new ability or maybe new armor for the Revenant King and his daughter. Some of these unlockables really matter, because there’s some minions that are simply superior to others. Eventually after picking a few scenarios you will be presented with a story mission, but I really enjoyed how Reverse Crawl’s story is laid out. It makes it so that even though Reverse Crawl is a short game it has a fair amount of reply value.

New to the Nintendo Switch version of Reverse Crawl is a 1 V 1 mode you can play with locally with a friend. Essentially this let’s you lay out a battle where you each get to choose minions and fight off against one another. it’s not groundbreaking, but it’s a solid addition for those who have a friend to play with.

I can see many players having a problem with Reverse Crawl’s art design, especially if they have never played a Nerdook game before. The cartoon art style may not be for everyone, but I personally really enjoy it. It’s a different visual style, but it offers a nice color palette and cute visuals. I think it actually has a lot of character, but it needs time to grow on the player. The soundtrack is alright, but it’s nothing special.

I can happily report I had no technical troubles with the resolution or frame rate during my playthrough. The Resolution and frame rate, both held up well in docked and handheld mode.

While I don’t think Reverse Crawl is for everyone, it’s certainly a great game that deserves more attention. It’s great for short bursts of gameplay and offers solid gameplay with replay value. The art design may not appeal to all players and this won’t bring over anyone who’s not already a fan of turn-based rpg’s. If you are a fan of rpg’s and you can get used to the art style then you’re going to have a blast with Reverse Crawl. 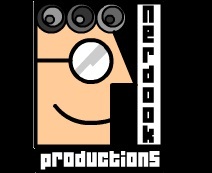