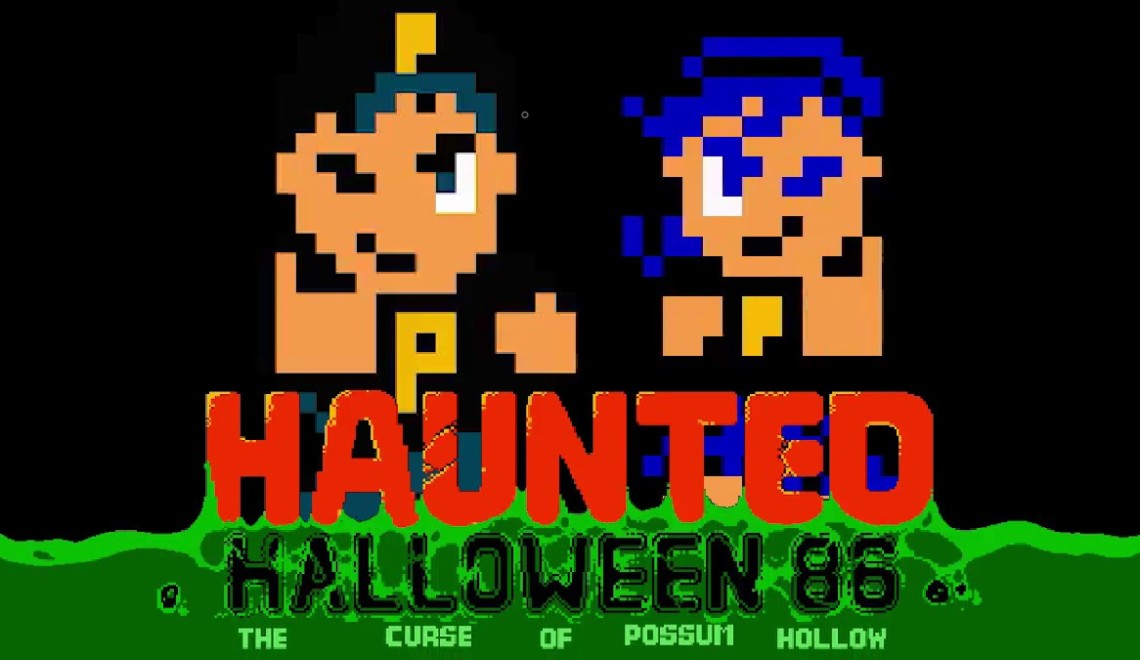 HAUNTED: Halloween ’86 is a side-scrolling beat ‘em up from Retrotainment Games. Not only does this title grace the Nintendo Switch, but also is part of an initiative by the developer to make modern NES games. As such, this game is also available in cartridge form for the Nintendo Entertainment System. Beyond being a cool way to keep the NES library fresh, it also brings some of that classic gameplay to our newest Nintendo system. Does it hold up, or should it have stayed in ’86? 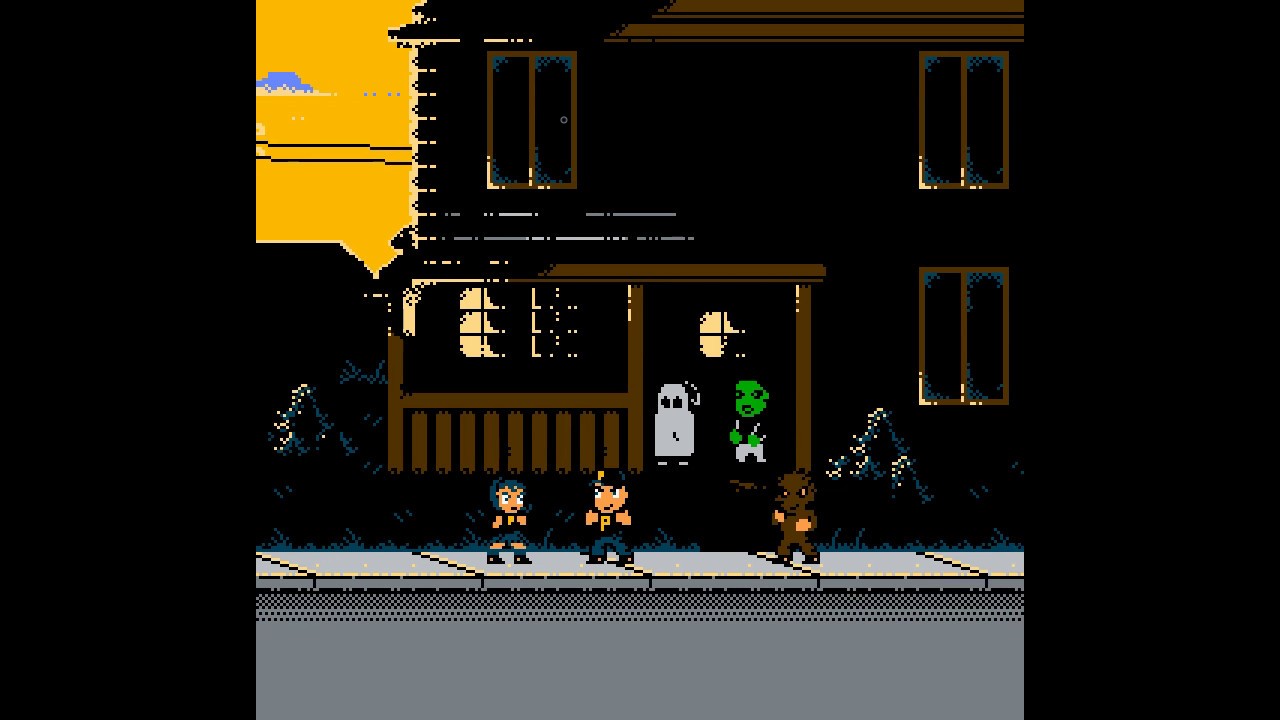 The Curse of Possum Hollow takes us to this 8-bit town where something spooky is happening this Halloween. Having similar vibes to Stranger Things, a pair of friends named Donny and Tami have decided to find out what has taken over Possum Hollow and whether or not they can reverse the curse before it is too late. With zombies abound, you will have to fight your way through all manner of beast as you move towards the conclusion. The story, however interesting, reminds me of classic NES titles, in that it isn’t all that understood unless you read about it in the manual. Even though this one doesn’t have the manual, you still have to pretty much go with the flow or read the store page to understand fully what you are doing.

As far as beat ‘em ups come, this one is pretty rudimentary. You are on a single plane, and only have the option of moving forward, backward (kind of), or up and down. With that in mind, you won’t be able to easily get around enemies, and you won’t have a lot of breaks from the monotonous combat. Although you have a good set of moves when compared to NES titles, with ground pounds, low kicks, high kicks, picking up items, and more, you will find that the same basic attacks get you through the majority of what you want to do. There isn’t really anything major to note on a negative level, it just isn’t that exceptional. 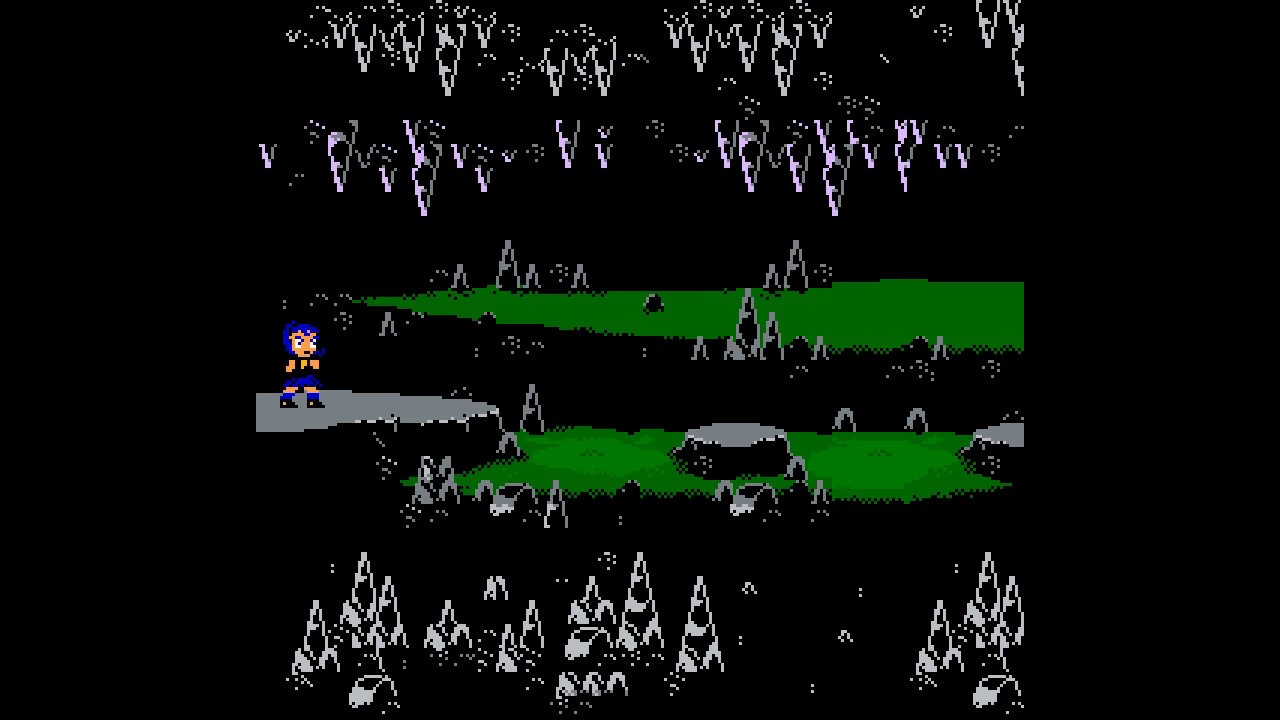 Platforming in this one is a secondary part of the game but feels tight and responsive. I like the ability to jump up on most things in the environment and I never really felt like the game unfairly had me missing platforms. On the flip side, this one feels good in comparison to what you would have found on the NES. Some who aren’t familiar with older platformers may have a little bit of a learning curve, but all in all I was pleased with what the team presented in this category.

My only major beef is that this one takes the classic side-scrolling mechanic of not allowing you to backtrack. Once you move to a certain point, you missed whatever it was behind you that you wanted to check out a little more thoroughly. Because of this, I regularly would miss chests up on higher platforms as I avoided enemies coming at me on the ground floor. This is a frustrating mechanic that I wish wouldn’t have been on the NES, and still loathe today. 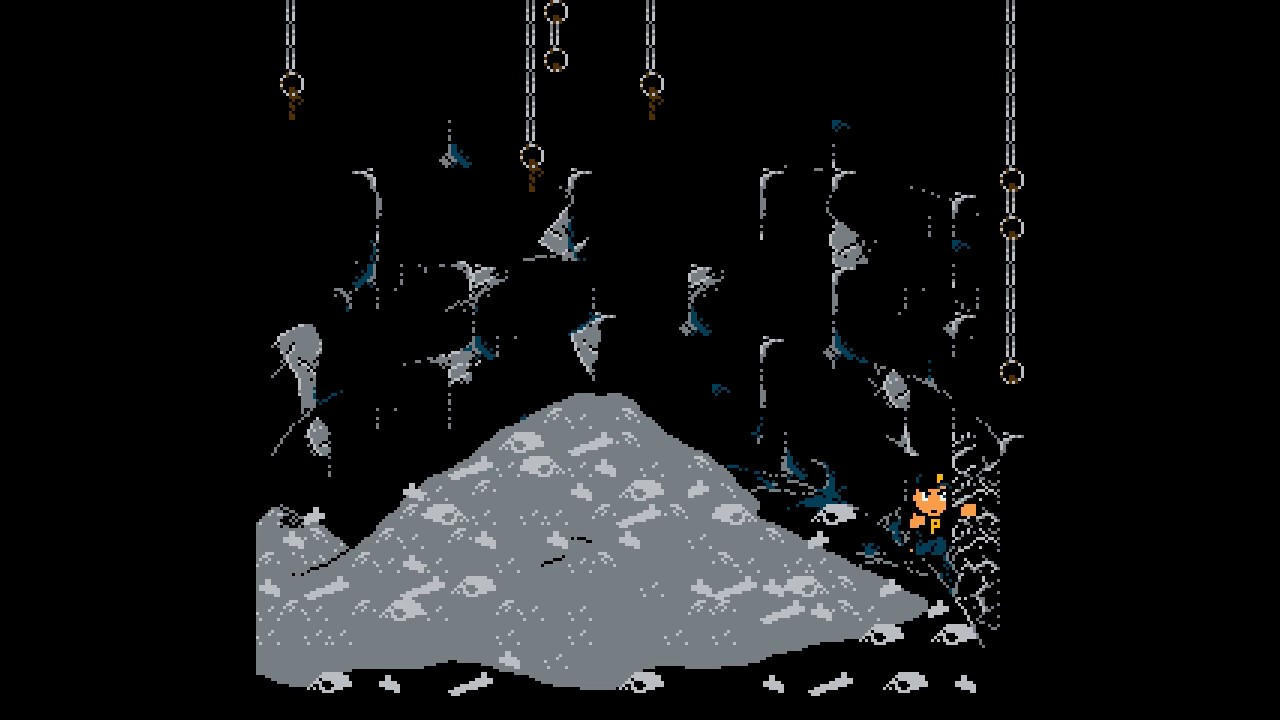 A tag team mechanic allows you to basically have two lives as you make it through this title, but still isn’t enough to brush past that old school frustration from having hard resets often. You can only be touched by enemies or falling ooze or whatever else harms you a small number of times before becoming a zombie yourself, so you must swap out to ensure longevity. Candy falls from enemies and can be found in chests that allows you to regain a point of health, but still I found myself not ever having enough when compared with the damage I was taking. The way the health system was implemented was great, however, with your character slowly turning green with each hit you take. Lovely touch!

The art style definitely oozes that classic charm, and the pixel art was utilized very well. Paired with that classic midi-esque early gaming soundtrack, you can tell that the developers were trying to make something you would find on a store shelf next to Ghosts ‘n Goblins and Ikari Warriors. 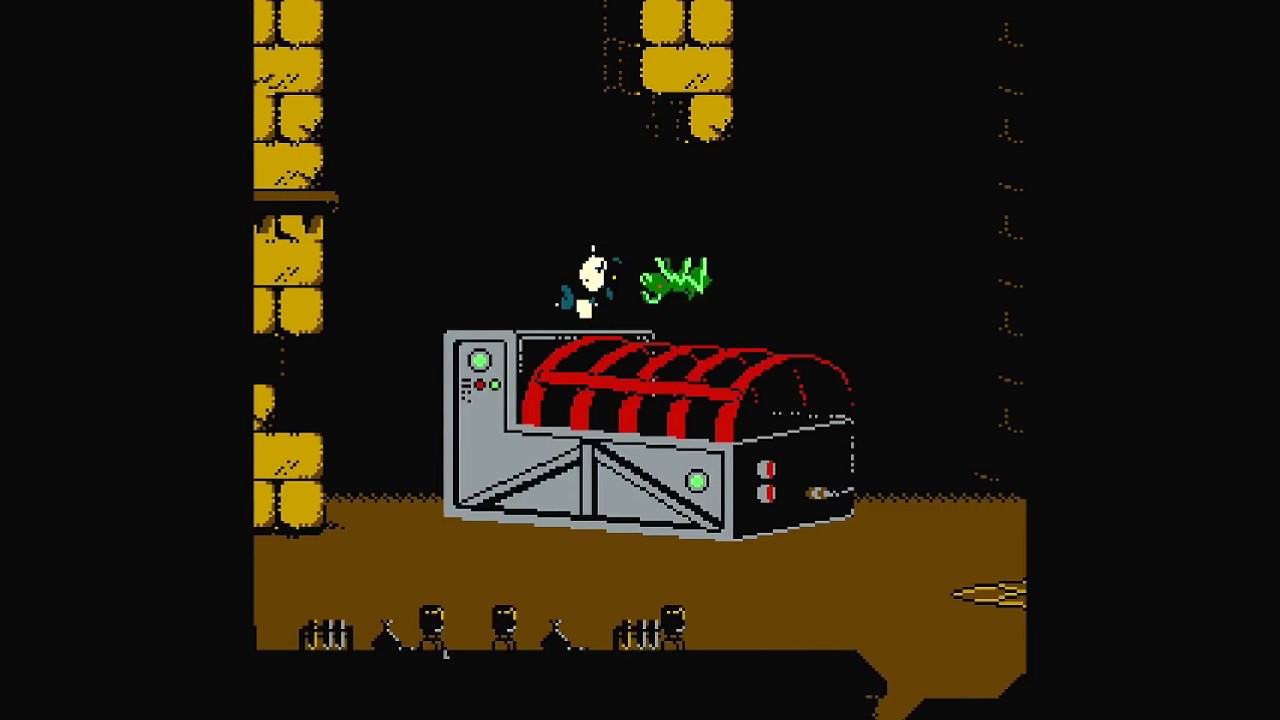 At the end of the day, HAUNTED: Halloween ’86 is a product of the era it is trying to emulate. You have some wonkiness and old school difficulty that makes games from that time a tough slog, but you also get a lot of the charm and good vibes as well. Based on the uninspiring beat ‘em up gameplay, and all of those negatives that come from the time period of development, you have a title that probably won’t be something many modern gamers will want to check out. But, if you are someone who couldn’t get enough of dying repeatedly while blowing into your cartridge, then this might be something worth checking out. 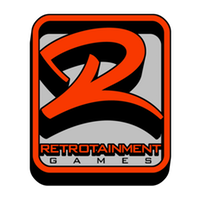