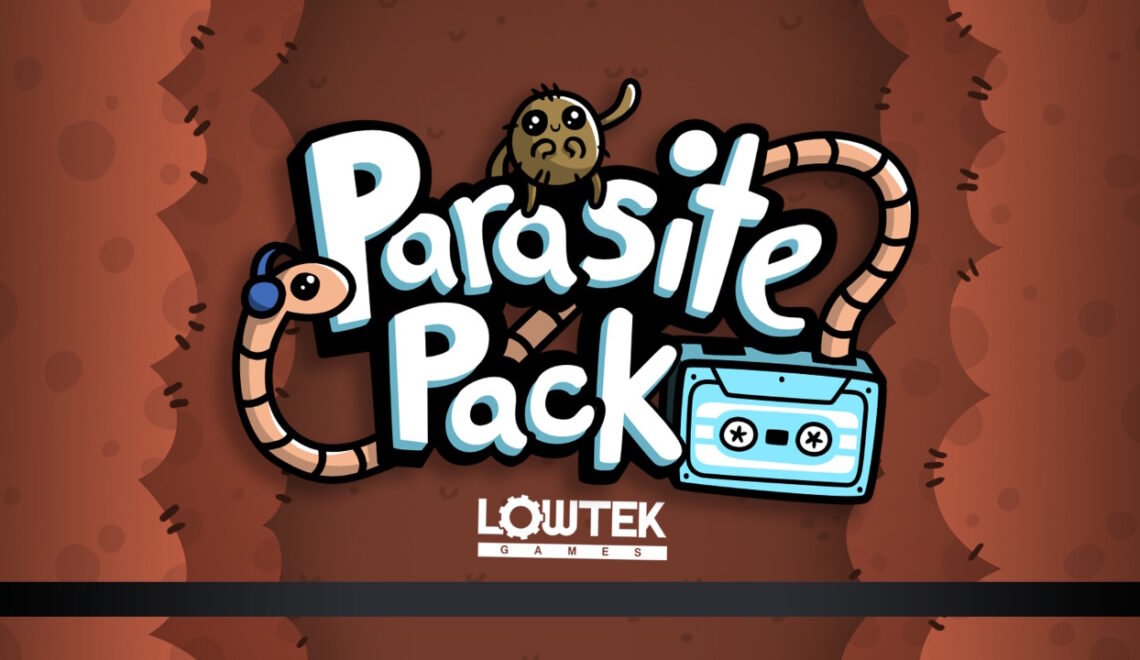 Parasite Pack has got to be one of the grosses games I’ve ever played. A two pack of excellent ports from Ratalaika Games of some…parasitic themed NES homebrews. Tapeworm Disco Puzzle and Flea! Lots of blood, lots of grossness, and lots of insides.

Lets start with Flea. You can’t jumping! You’re inside, hungry and you want blood and to move along. Each stage has a start and an end, along the way you can pick up that blood. It’s really that simple, and that’s ok. The blood in each stage is optional, and sometimes real tricky to get, but trust me when I say you’re going to want to grab them all. You can exchange that blood for extra lives at specific points in the game, and you’re really going to need it. Flea is one of those platformers where everything kills you in one hit. Be it mosquitos, deep pools, or spikes, if you even rub it the wrong way, you’re done. Luckily, Flea isn’t too hard. Sure, you’ll die quite often, but it’s never sadistic.

Tapeworm Disco Puzzle is next. You’re a worm…in a cassette tape! There’s actually a few goals in this game, the first of which is to collect the music notes. You have a specific number of moves to do this. That’s where the puzzle part comes from. Again, simple, but you’re soon going to have to think things through. Soon you’ll have to guide that Flea to blood or help a nice lady flea get to the door. Same principles apply, but now you’re thinking of how you can help these fleas out within your limited movement.

Both Flea and Tapeworm Disco Puzzle have some nice graphics, not to different than how I’d imagine a lot of western NES games would be. Doesn’t look too cheap and the animation the game does have is decent. Music is pretty good too, catchy even. But if you’re not good, it’s really bound to get repetitive, fast. Either way, he folk at Lowtek made some good, if not simple homebrews for the NES. I hope to see more.

How did Ratalaika fare? Well, if you’ve played ANY of the re-releases they’ve made, you know exactly what to expect. Their shader work is top of the line. Emulation is fantastic, as always. If you want extras though, even stuff like a manual or boxart, fake or not, it’s not here, which is always disappointing. Disappointing, but not a dealbreaker.

I’m always here for Ratalaika’s re-releases. I live to see these, usually for games I knew of beforehand, but in this case, it was great to see a game (or set rather) of ones I’m not familiar with. Here’s to more of these homebrews getting ported by them!