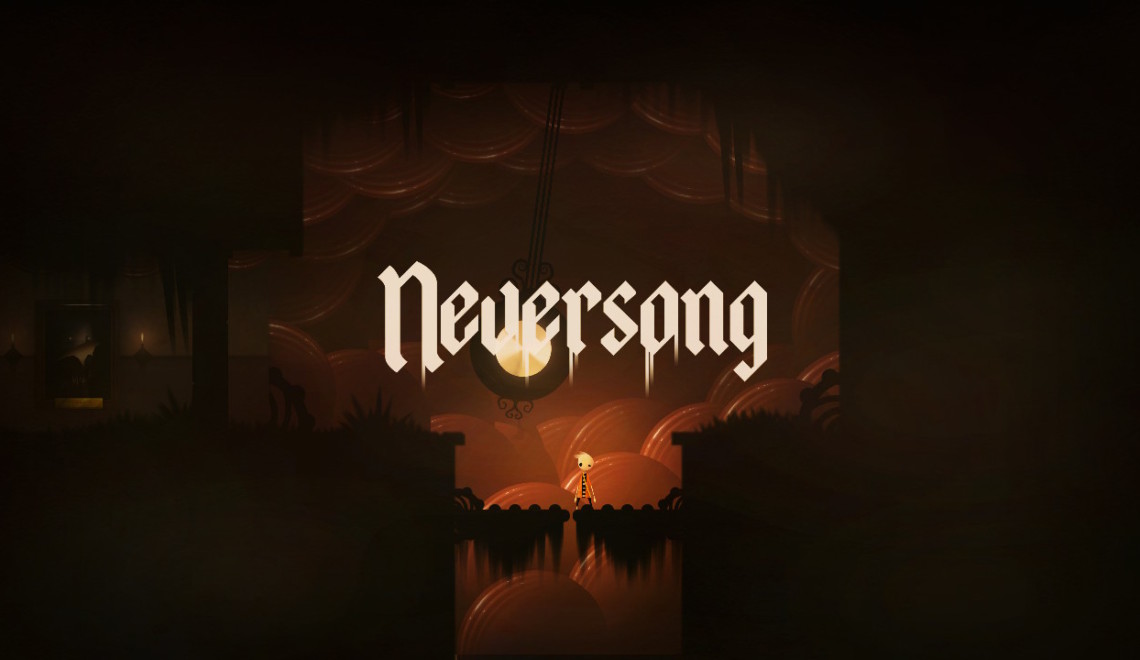 NeverSong seems to be full of childlike wonder and imagination. A city full of kids with silly names and colorful language, adults are all missing and seen as hideous monsters, and going on an adventure to rescue a loved one. You wake up from a coma and your girlfriend, rather your only friend is missing, to fill the void in your life, you need to find her. Something is off though, the kids seem to be leaving information out, you keep seeing a creepy man, and when you find your girlfriend he keeps pulling her away. Going further and further with your fairy named Bird, you find more about what happened and who he is, all in a melancholic story.

More of an open area platformer than Metroidvania, Neverson takes you from place to place to advance the story, meeting the kids around town learning of your surroundings. You always seem to bring trouble with you wherever you go, and once you find one of the grownups they will take problem with you, and it starts a boss fight. The boss fights showcase how easy the game is, with each phase of the boss healing you, and the bosses all have easy tells and patterns. Not to mention, defeating enough enemies gets you enough sparkles to gain more HP. I don’t believe combat difficulty was this game’s goal however. The challenge would come more from figuring out the game’s riddles, which aren’t too devious until the final area of the game. Upon defeating a boss, you get a song to play on the piano in the house. Playing these songs opens up a room that holds an item needed to get to a new area. A bat to defend yourself and break boxes, gloves to grab onto tether-ball like objects, a skateboard to roll and gain speed on smooth surfaces, and an umbrella to ride the wind and reach higher places than before. There’s no real set of branching paths and a huge map, the game itself is linear in an open space. You go somewhere, get access to a new powerup, go to an area previously blocked off due to lack of powerup, repeat.

The only reason to go back to previous areas with new powerups is to get more of the game’s collecable, those being a group of cards. The cards are all little biographies of the kids in town, monsters, items, and even bosses. Most of the cards do nothing, but a handful give cute little cosmetic changes to reflect the card. Long hair for that kid who’s head is unkept, a headband, wings, a rainbow trail for your fairy, and even going shirtless. Gameplay wise, they don’t serve a single purpose, but it’s nice to change your appearance once in a while regardless. Unfortunately, this is the only replay value the game really has. Beating the game unlocks an area dedicated to backers to the game’s kickstarter and a little movie theater, that’s it.

NeverSong has a cute, simple artstyle, fitting in with the game’s feel of kids doing kid things. Despite how simple the artstyle is, all of the characters have a distinct look and all of the bosses have a gross eyecatching design. There isn’t much music in the game, but what is there is pleasant to listen to, somber piano music, or the hectic boss themes. It’s all good. The game’s voice acting is all fantastic too, all of the kids have fitting voices to their mostly immature attitudes.

If I had any issues with NeverSong at all, it’d be that I just wish that there was more of the game. It’s not very long and I enjoyed myself the entire time playing, but if you collect everything before beating the game, there is nothing to really do anymore. From a narrative standpoint though, the game ended when it needed to and I think adding anything to that would miss the point entirely, especially after the game’s ending, which was was a bit of a downer.