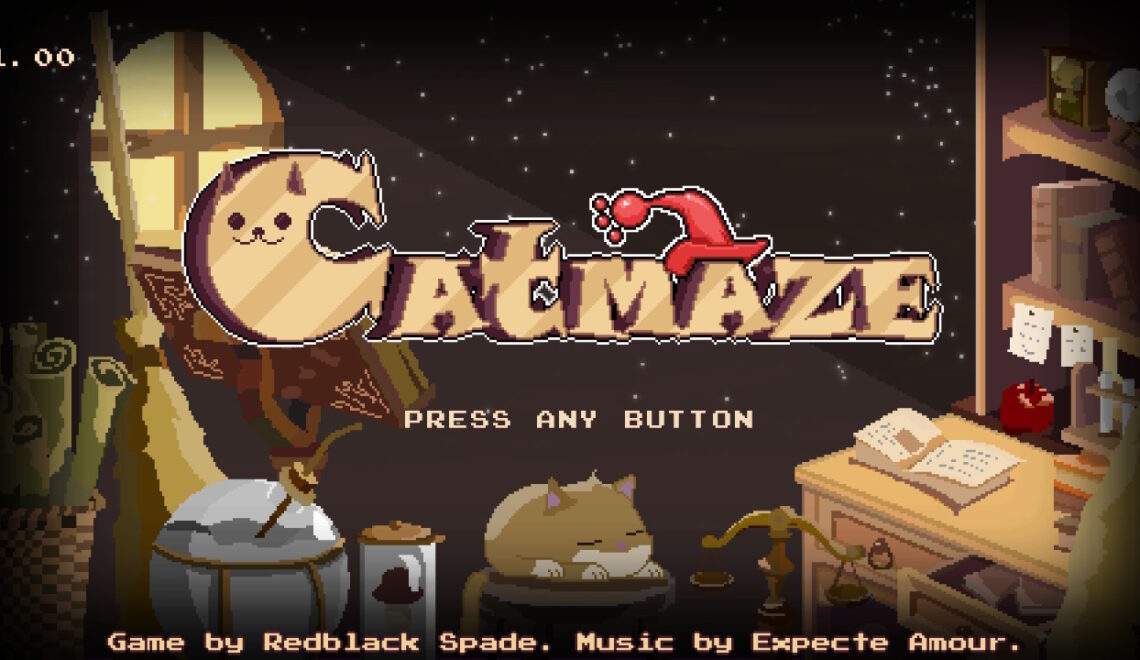 I am always impressed when I learn games are made by a single person. Especially games with the scale of a Metroidvania, like the following review will cover. The game today is Catmaze, which to some might just seem like just another Metroidvania in the sea of them on Switch. Digging in however has a gem waiting to shine.

Influenced by Slavic Mythology, Catmaze follows a young sorceress named Aleste, who needs to venture through the land of the dead to rescue her mother, who was taken away from her. This will lead her to new people, small creatures to aid her called Familiars, even grand monsters. She’ll brave through deep caves, poisoness swamps, deep forests, and even nice, peaceful villages.

Off the bat, I was particularly pleased that despite having a set story, and despite having pathes you really should go to, Catmaze was rather open. You can definitely go the wrong way and end up in some dangerous places. Like in any game in this genre, you will hit those dead ends, but I didn’t hit them as often as I thought I would. Thought, by my own fault of not paying attention, I did get lost…once.

To remedy this, you’ll need to get more abilities, more Familiars, usually found by wandering around or defeating bosses. This is standard for the genre, but I do like the context of most of your new attacks being the friendly monsters you befriend or moves like double jumps being a skill learned. Other things you’ll find as you proceed on your adventure are special orbs to boost your health or magic, the latter of which is used when you want to use ranged attacks/Familiars. You can even find quest related objects that when turned in to a character who wants them could lead to some really nice upgrades. Certain accessories you can equip raise your attack and defense, these cab be leveled up, and make previously long, arduous boss fights into a quick little hustle.

Catmaze has some quite pleasant presentation. The standout comes from the character and monster sprites. I quite like the no-outline look they have. The backgrounds do have that outline, which makes for a good contrast between the player and the environment. Most characters you talk to have their own portrait too, with some nice art. Music is fitting of a bit of a magical journey. I really enjoyed the music that played when you ride on a magic broom.

If I had one issue with the presentation, it’s that the translation, the dialog comes off a little off. It’s never distracting, but I’d notice when some dialog comes off as very Engish is not native language. But again, it’s never to the point of being bad, just off.

I really enjoyed Catmaze. It was kinda nice to play a Metroidvania that had the cute presentation and not such a focus on speedrunning or being as cryptic or grindheavy as possible. You owe it to yourself to play Catmaze if you want a take on the genre that doesn’t try and punish the player.