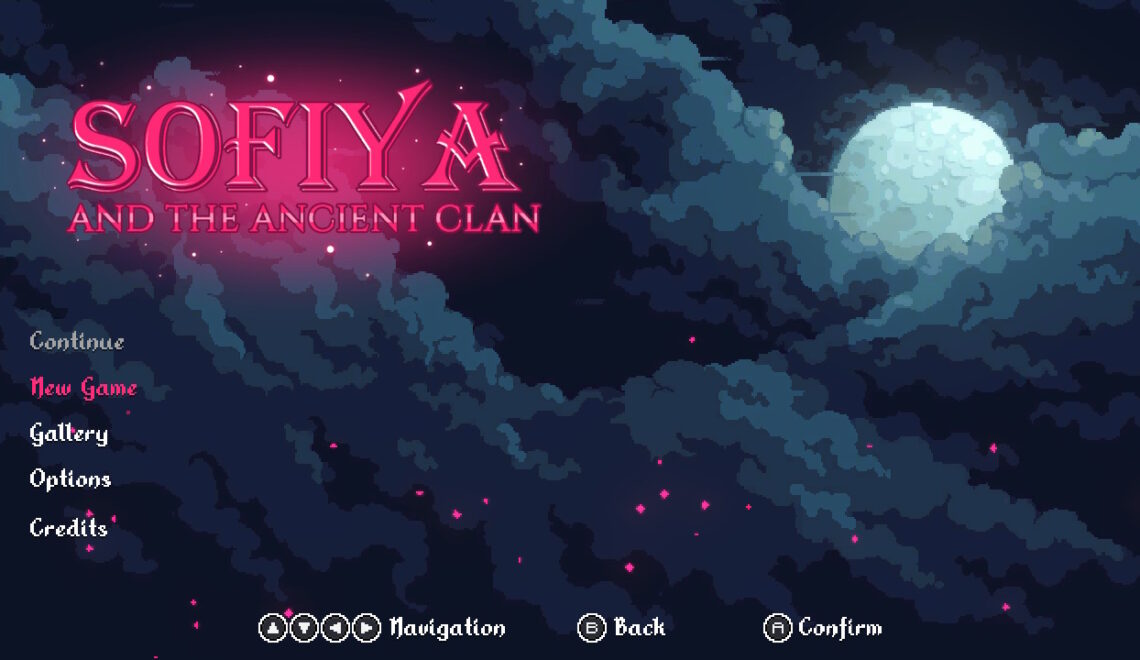 Sofiya and the Ancient Clan is a bit of an action platformer, fine enough, nothing wrong there. You can shoot at any of the enemies you run into, with shooting depleting a replenishing MP bar. Think of it as a cooldown. This is where the game starts to fall apart. Shooting at enemies does not feel good at all. There’s a sound effect, they flash a bit, but it’s never one shot, it’s usually three, five, a dozen. Making things worse, some enemies do not have death animations. You get spread shots and other stronger ways to kill monsters as you progress, but it never really feels any better, just a way to get through strong enemies faster. Killing them will grant health or MP potions, which can refill your MP a tad faster. Later in the game, you get ammo for your special magic shots.

Stage design is often big and occasionally maze like. I found jumps that were just…not possible at times. Stages will repeat, especially near the end of the game, feeling like some real hardcore padding. Spikes will instantly kill you, which isn’t really an issue until they put them on low ceilings.

Hey, for what it’s worth, this game does at least have a pretty good presentation. The music is perhaps a tad too bombastic for it’s own good, often hyping up anything to be such a huge, grand adventure. Spritework is actually pretty good. Animation leaves to be desired, but I do very much like the sprites. Throughout the story and if you go out of your way a tad, you’ll find some books. These books are just little events or art pieces. It becomes staggeringly obvious what kind of game this is. Majority of the art is censored porn, with some being cropped to not show anything too lewd. Art is pretty good at least.