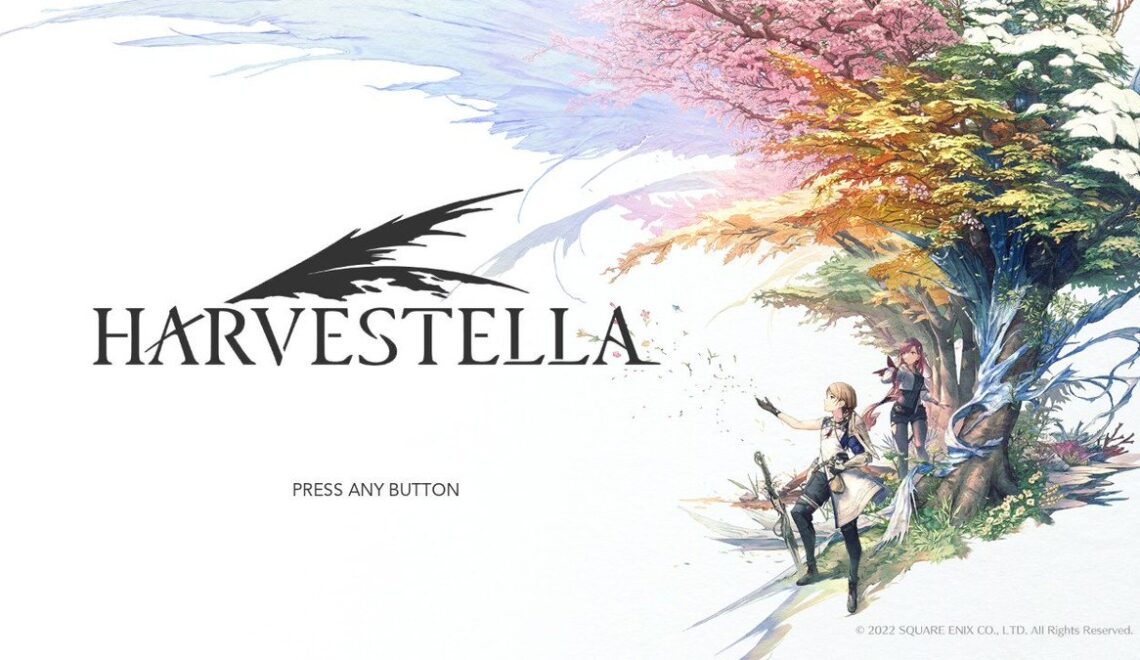 Harvestella is the greatest farming game since Stardew Valley. That’s a very tough claim to make when there’s a new farming game releasing every month and the genre is dominated by Story of Seasons, Harvest Moon, and Rune Factory. But it’s the truth because Harvestella does a lot of things right that those games couldn’t quite hit. You see, Harvestella doesn’t just blend farming and RPG elements nearly perfectly but it’s also a masterclass in visuals and sound, something that this genre rarely offers.

When I first played the demo, which covers the first two chapters, I was really impressed with the game as a whole. While the demo only lasted a couple hours, it really threw a lot at you when it came to the story and lore of the game. The game tells you right away that it’s so much more than just a farming game with a little story and combat thrown in. It tries its best to be a full-blown RPG alongside the farming aspect.

My first gripe with the game was the lack of voice acting. Over the years, I’ve grown accustomed to hearing a lot of great voice acting in RPG’s. That’s especially true for ones that are developed by Square Enix. It was a bit disappointing to play through the game without any voices, even more so with how well-written some of the characters were. After playing for like two hours, I randomly heard the protagonist say one line and that was it. While that was fairly disappointing, it didn’t take too much from the sound aspect of the game because the soundtrack was fantastic. There are many songs scattered throughout the game that are fun or iconic.

My second issue is with the textures. When you look up close at a building, tree, or the ground, it doesn’t really look great. Some of the textures feel bland or uninspiring, especially when you’re farming. Some even glitch out. The rest of the visuals however look amazing. Many of the backgrounds look great, character portraits and models have a good amount of detail, and many of the cutscenes and environment areas look beautiful.

My third issue with the game is all time based, both in-game and IRL. Throughout the demo, I was plagued with a clock that moved too quickly, and others had the same issue. Walking from the intersection above the players home to Njord Steppe took two hours in the game. On top of that, loading screens were a pain, the initial load was roughly 15 seconds.

But I’m pleased to say that there’s a Day One patch that fixes both of these issues. With the update, the in-game time that passes when taking that same route was decreased to just 50 minutes. This means that you can do a lot more in one day compared to the demo. The load times were also decreased with the update.

So what are some of the pros when it comes to Harvestella? Aside for the overall graphics and soundtrack, the game has a lot more to offer. The two remaining highlights of the game happen to be the two that I like the most. These are the story and gameplay. For gameplay, I’m not just talking about the farming aspect, which takes a backseat to everything else in my opinion. If you were to remove farming from the game altogether, you’d be left with a plethora of gameplay and mechanics.

For example, combat is very fluid and lots of fun. It’s not even close to the kind of combat you’d get from Harvest Moon or Rune Factory. Not only is it a fun hack and slash RPG in terms of combat, but there is an insane amount of customization when it comes to your character and party. It might be a farming game, but it’s an RPG through and through.

For example, you get your classic RPG party and character equipment options. There’s a variety of weapons and accessories to choose from and an impressive jobs system. Each job has its own skill tree with a lot of skills to unlock using job points. Once you pass the early chapters, it’s easy to customize your party the way you want with the combination of jobs, and skills.

Over the course of the first two chapters, you have a lot of the story thrown at you right away. You’re introduced to a new world and a unique cast of characters. You quickly learn a lot about Quietus, the Omens, and the Order. The game puts a huge emphasis on the story when it comes to these chapters. The story is even more important than the farming at times. In fact, after playing for a few chapters past where the demo ends, I’ve come to the realization that the farming aspect is even less important than I originally thought. It really just serves as an extra revenue source for buying and upgrading stuff.

But the more I played, the more I began to realize that this is a great idea. In most RPG’s the way you get money is by finding it out in the world, selling loot, or as quest rewards. Adding farming to an RPG just creates a lucrative economical system that pushes the RPG aspect forward. I’ve seen a lot of people complain that Harvestella is just another farming game, when in reality, it’s a full blown RPG that has farming as an economical side quest that’s meant to boost the RPG side of things, and I think that’s an amazing touch.

Even if you don’t like farming games, you might end up enjoying Harvestella. It’s so much more than just a farming game and it’s one that you’ll enjoy if you like RPG’s.