[Review] Before We Leave – Nintendo Switch 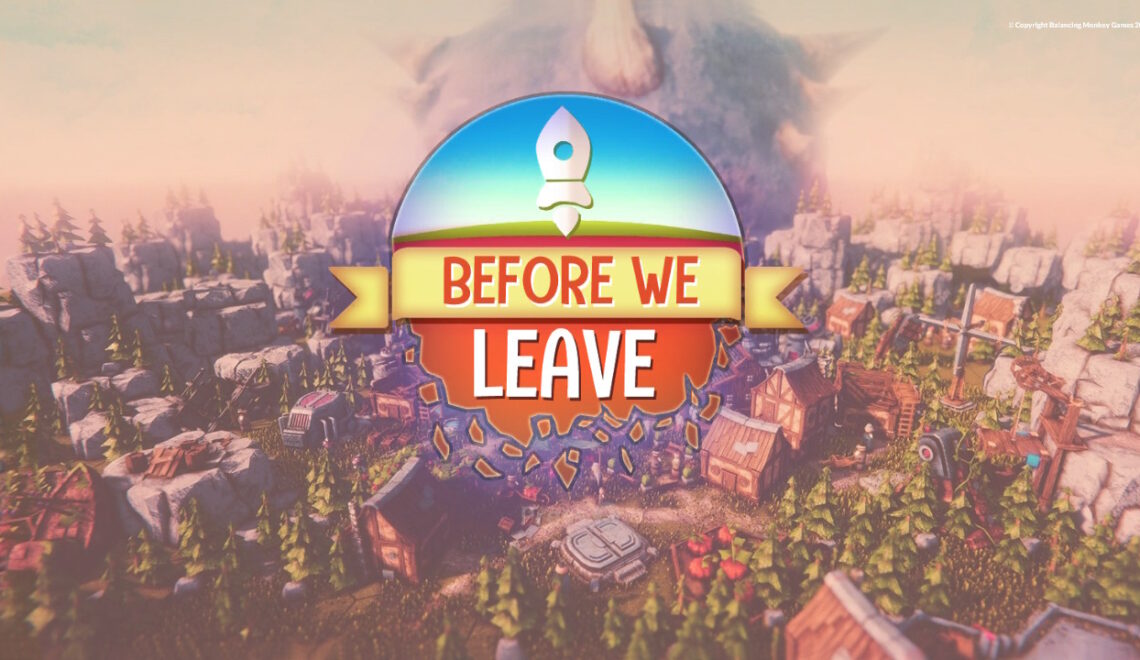 Before We Leave
Nintendo Switch

Having grown up on a steady diet of Civilization and SimCity, I’m game to try any civilization builder that comes along. Before We Leave is a good example of the genre with some minor issues that keep it from being great. Its premise is part of what makes it so enjoyable; it’s a post-apocalyptic game that doesn’t stick to the typical doom-and-gloom plot that frequently defines that genre. The planet faced its near-extinction event, and your job is to guide the rebuilding of civilization as peeps leave their underground bunker behind to repopulate the planet – and, eventually, beyond. The game takes a very positive and encouraging tone as you rebuild things, from its bright, inviting graphics to its chill, thoughtful soundtrack.

Before We Leave has cool ideas, but at its core it doesn’t deviate too far from standard city-building game mechanics. You rebuild civilization on a hexagonal grid map, utilizing resources to construct buildings, produce refined resources, and research new technology. You have to build enough structures to house your citizens, as well as enough food and water to feed them. Once their basic needs are met, you have to manage their happiness, which gets more complicated as you advance farther along the tech tree.

When new goods are available, your citizens will expect to be able to make use of them. If they can’t, they’ll get upset. Their mood (and production) can also be affected by weather systems, pollution from certain buildings, and other obstacles that pop up later in the game. Like I said, this is all fairly standard to the game type, but it’s executed very competently and makes for an engaging experience.

Where Before We Leave really separates itself from the competition is with its exploration and expansion mechanics. Eventually, you unlock the ability to build ships that let you explore your original planet. Once your ship lands on a new island, it establishes a separate colony with its own population that is managed separately from your other colonies. After that you can build spaceships, and colonize your entire solar system! It’s a cool system that introduces new challenges and strategies as your budding civilization grows.

At first I worried that having to set up different colonies would mean spending a lot of time maintaining them, but that really isn’t the case. Once your colonies are set up, they’re fairly self-sufficient. You’ll have to check in on them individually occasionally to build new structures to take advantage of advances in technology, but you don’t really need to provide constant maintenance. You can also set up trade routes between colonies to distribute resources where they are most needed. For example, an island that doesn’t have much in the way of iron can set up a trade route with one that does to keep it supplied with things like tools. The only caveat to all this is that I hope you like navigating menus – setting up trade routes can be a little complex, but that’s an issue endemic to the genre.

With all that I found to like about Before We Leave, I couldn’t help but notice a few issues that held the experience back on the Switch in particular. First of all, it was clearly designed for use with a mouse and keyboard input. Using the Switch controller to navigate menus felt somewhat clunky, but things were workable enough, I suppose. The bigger Switch-specific issue, however, is the font size, which is practically microscopic if you’re playing undocked. The font size isn’t great playing docked, either, but it was a much bigger problem on the Switch’s small screen. Despite these issues, however, Before We Leave is an engaging, smooth civ-builder that provides plenty of depth to satisfy any fan of the genre.