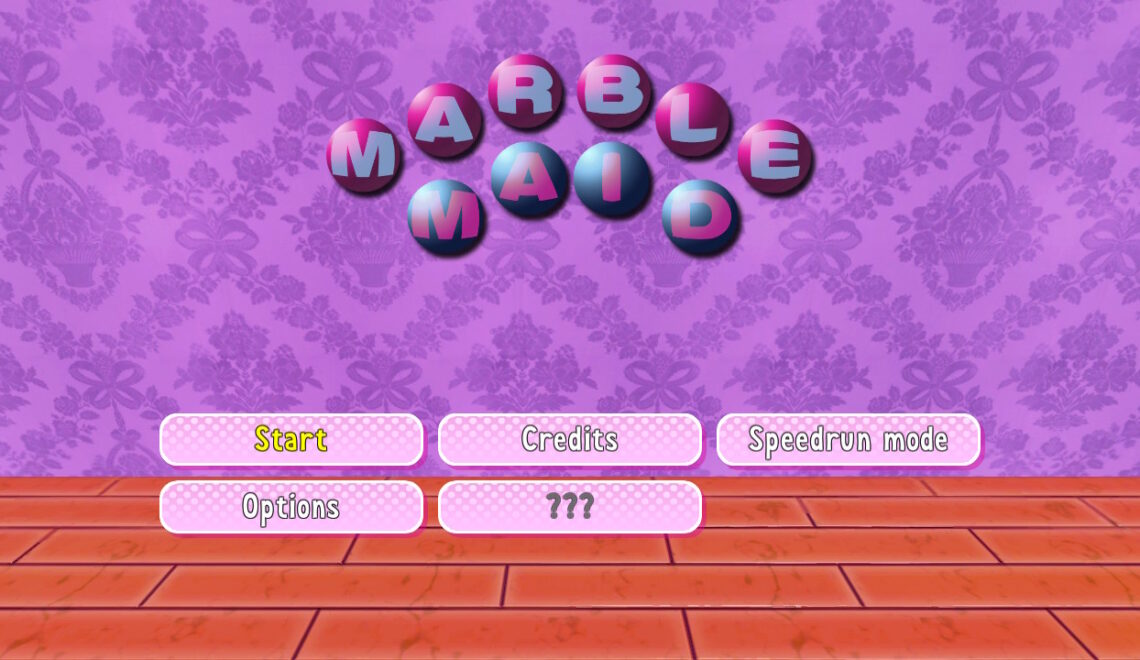 I don’t know what I expected, really. You have a game called Marble Maid and it’s published by Eastasiasoft. Of course it’s going to be a lewd game. I just wanted a cute marble rolling game with cute maids, and I end up getting lots of lewds. I guess that’s fine.

Marble Maid is exactly how I mentioned it before. It’s a marble based game, but you’re rewarded with lewd images. Though outside of the intro showing a pantyshot, you’ll never see anything provocative unless you go to the game’s little gallery. And uh, lets get this out of the way immediately. The images start off just with pantyshots, leading to bare breasts, and then becoming straight up censored porn. On Steam, none of it is censored, but I doubt Nintendo would allow these images uncovered. This is what we all get for following this maid into the mansion she came to clean.

There’s six worlds to go through, ten levels each. The goal, get at least three of the five dust bunnies in each level to proceed. All this is within a time limit and occasionally this can be tricky, at least if you want to grab every bunny, and trust me, you will want to. Each world has it’s own gimmick related to where you are in the house. Sometimes you’ll see lots of bouncy cushions, sometimes it’s stovetops, knives, and toasters. Icy stages, stages full of water, and disappearing blocks! With at least 50 levels, I’d hope they wouldn’t get stale and they for the most part don’t.

I do have an issue with two styles of stages however. The first is the night-time levels. These levels have you in near pitch black darkness, only having candles light the way. Night-time stages aren’t everywhere, but each world has at least one and depending on how big they are, they can be hell. Especially if you play with checkpoints on and you respawn near no candles.

The other levels I don’t like are the boss levels. One per world. They’re not hard really, but can get quite frustrating. Each boss fight against Nega Maid requires you to knock her off the ledge three times and then collect the dust bunnies. Easy enough, but checkpoints in the game are only when you get a bunny, so if you get knocked off or struck by fire or anything before giving her all three hits, you have to do it again. Total pace breaker.

I’m a bit mixed on the game’s presentation. The music is incredibly catchy. I’ve noticed a lot of these lewd games published by Eastasiasoft have some killer soundtracks. Marble Maid is no different and I did go out of my way to listen to it separately. Graphics on the other hand are…not good. At all. They get the job done just fine and you’ll never have trouble seeing anything, but the character models aren’t particularly good. This gets showcased more in those night time levels. The cutscenes and art though, I don’t really have too much of an issue with.

It’s very apparent this is a budget title. It’s priced that way too. And when you consider all of that, you kind of just stop worrying about it. It’s something I noticed, sure, but I just didn’t care at the end of the day.